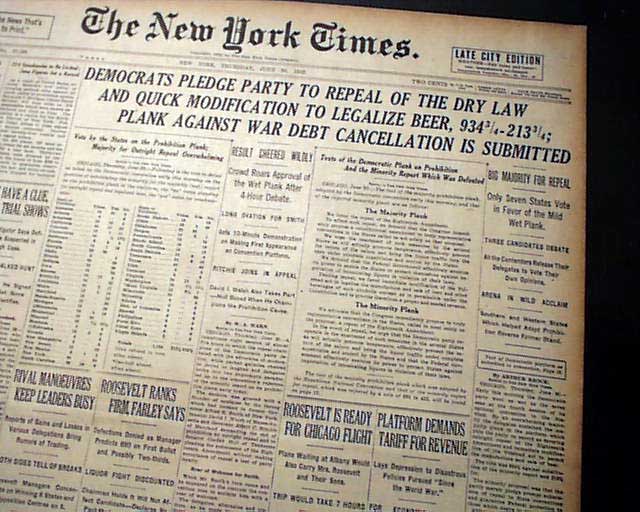 The top of the front page has a six column headline: "DEMOCRATS PLEDGE PARTY TO REPEAL OF THE DRY LAW AND QUICK MODIFICATION TO LEGALIZE BEER, 934 3/4 - 213 3/4; PLANK AGAINST WAR DEBT CANCELLATION IS SUBMITTED" with many subheads.  Much more inside. Always nice to have notable events in history reported in this World famous publication.
Other news, sports and advertisements of the day. Complete in 46 pages, light toning at the margins, minor spine wear, generally very nice condition.