Home > Back to Search Results > Slave insurrection... The "wretched" prisoners the king & queen of France...
Click image to enlarge 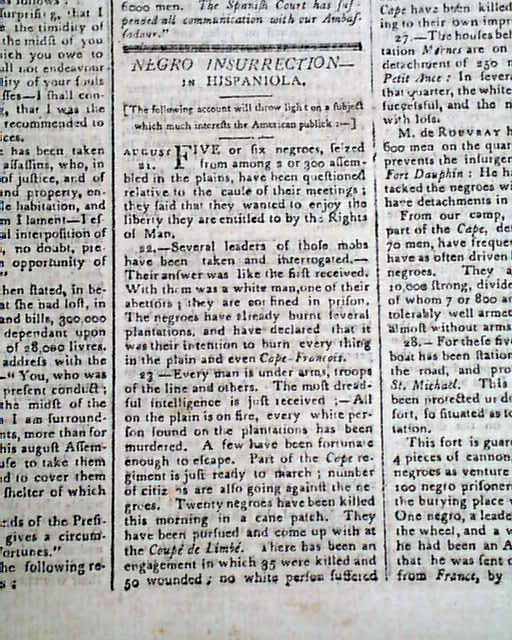 Slave insurrection... The "wretched" prisoners the king & queen of France...

The ftpg. has over a full column taken up with: "Negro Insurrection--In Hispaniola" with much detail.
Page 2 has a report on the imprisoned king & queen of France noting in part: "The King and Queen of France are not permitted to speak together without the presence of some National Guards, & they are both obliged to dress & undress before them...they look in the beds...to see if they are there and ask Madame or Sir, are you in this bed? And they repeat the question until their wretched prisoners answer, Yes."
Four pages, very nice condition. 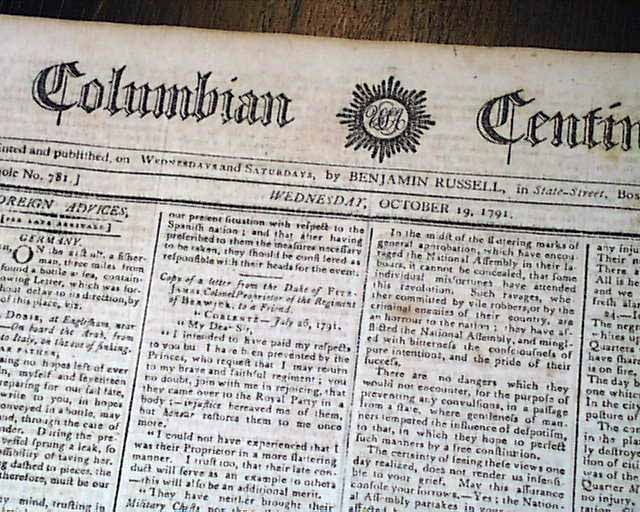 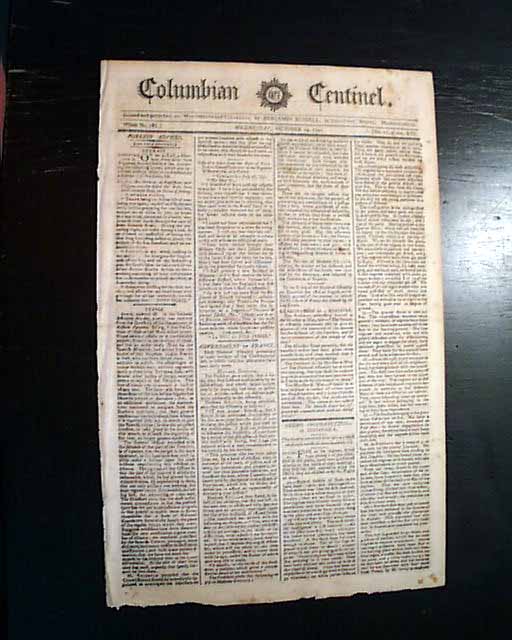 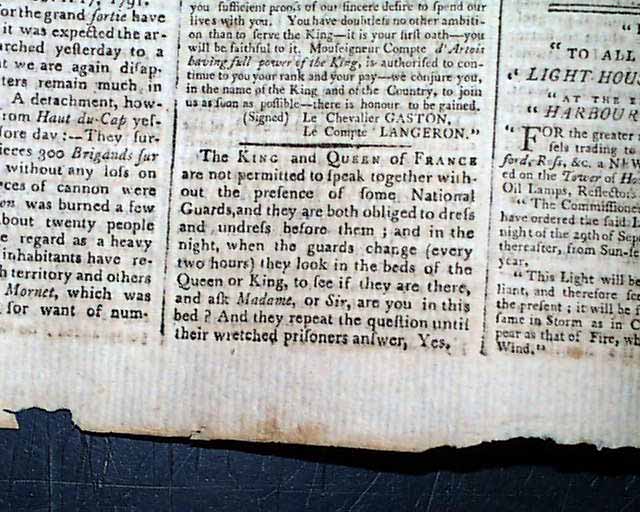 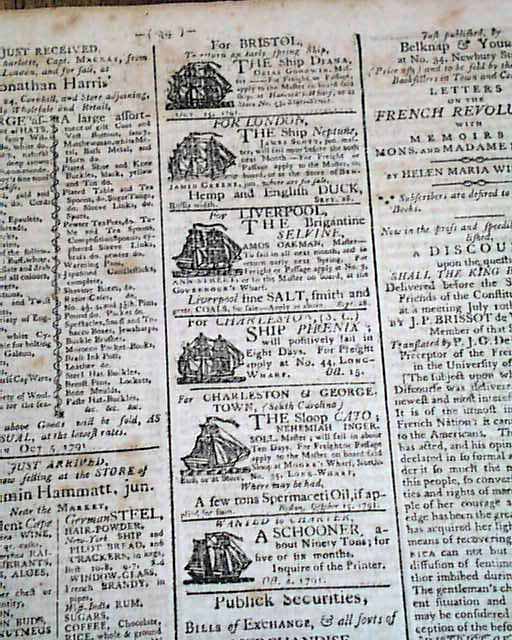