Home > Back to Search Results > One of the greatest Indy 500 races, in an Indianapolis newspaper...
Click image to enlarge 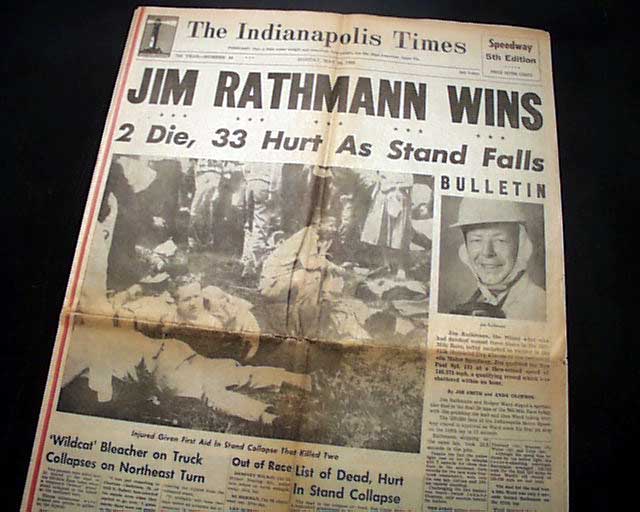 One of the greatest Indy 500 races, in an Indianapolis newspaper...

No better newspaper to report the Indianapolis 500 than this one. The bold banner headline announces: "JIM RATHMANN WINS" as well as: "2 Die, 33 Hurt As Stand Falls" with a photos of the tragedy, as well as the winner driver Jim Rathmann.
Regarded as the greatest two-man due in Indianapolis 500 history, the 1960 race saw a then-record 29 lead changes. Rathmann and Rodger Ward battled out nearly the entire second half. Rathmann's margin of victory of 12.75 seconds was the second-closest finish in Indy history at the time.
Many related photos within.
The complete first two sections with 16 pages. Mild rubbing at the central fold, nice condition.