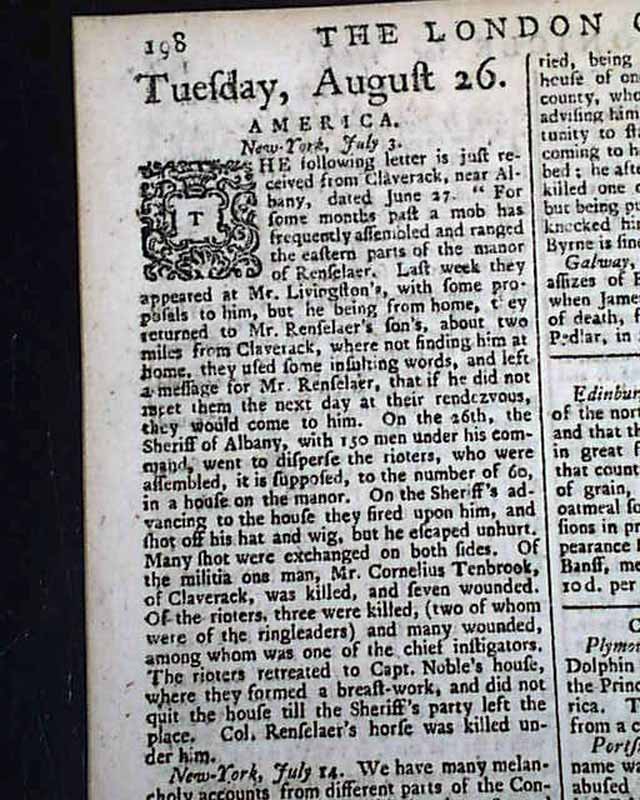 
THE LONDON CHRONICLE, England, Aug. 26, 1766  Page 6 has most of a column headed: "America" with datelines from New York, Philadelphia, and Burlington, New  Jersey.
The lengthiest report from New York has fine detail on the New York Tenant Riots aimed at the Rensselaer family.
Vast tracts of land were given by the British crown to the Van Rensselaer family. Tenants were treated like serfs, resulting in  series of clashes between Van Rensselaer's small army and the local farmers.
Among the other reports is a note that Peter Franklin had died, the only brother of Ben Franklin.
Eight pages, 8 1/2 by 11 inches, nice condition. A few leaves close-trimmed at the bottom margin not affecting mentioned reports. 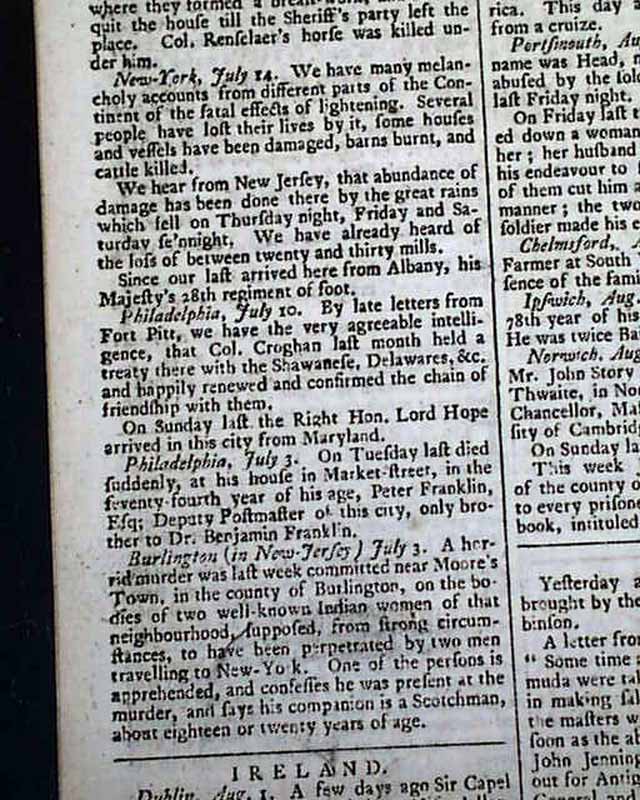 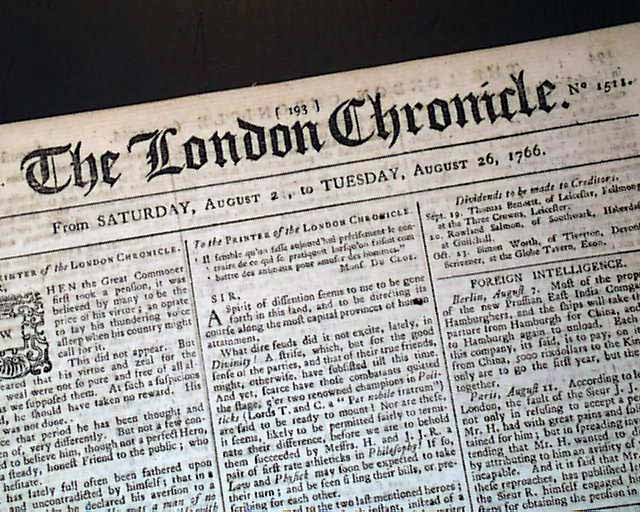 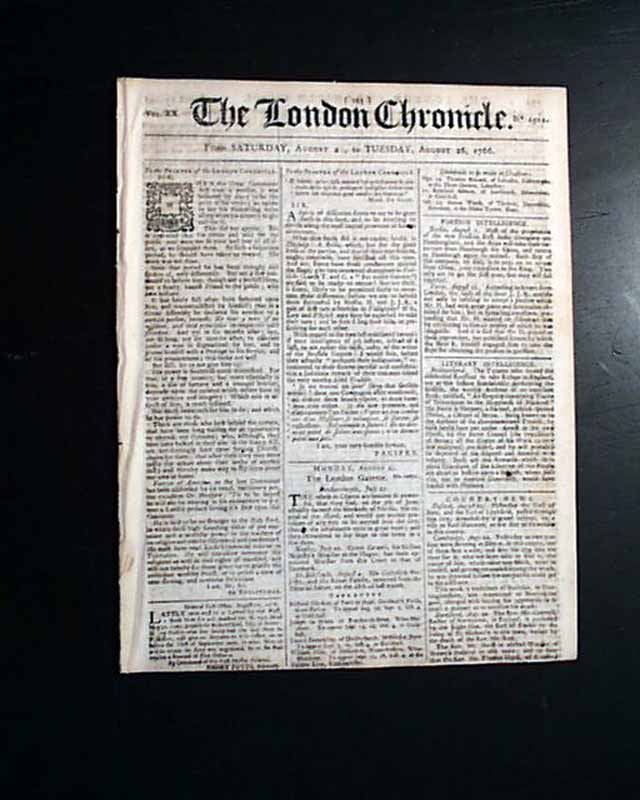