Home > Back to Search Results > Stuart's raid into Pennsylvania...
Click image to enlarge 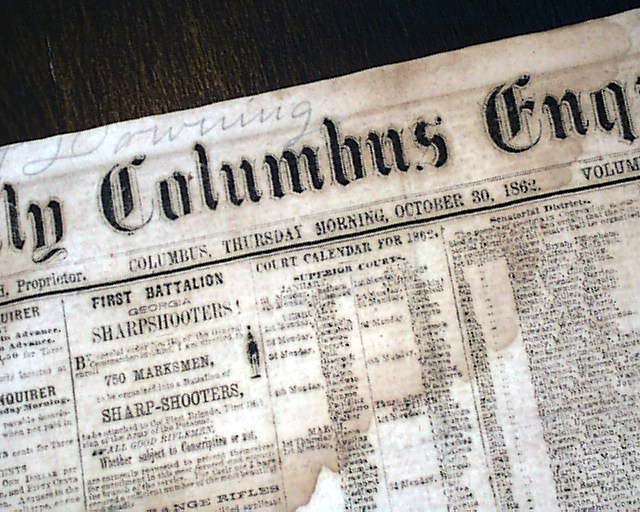 Certainly one of the less common Confederate titles from the Civil War. Columbus is in Southwest Georgia on the Alabama border very near Montgomery.
Among the various reports inside are: "Interesting from New Orleans" "The Recognition of the Confederate States by Europe" "General Review" and more.
The best item is on page 3 headed: "Stuart's Official Report of his Expedition into Pennsylvania" which takes nearly 1 1/2 columns and is signed by him in type: J.E.B. Stuart.
Most of the back page is taken up with the: "Constitution of the State of Georgia, Ratified July 2, 1861".
Four pages, even toning, various damp staining, otherwise good.