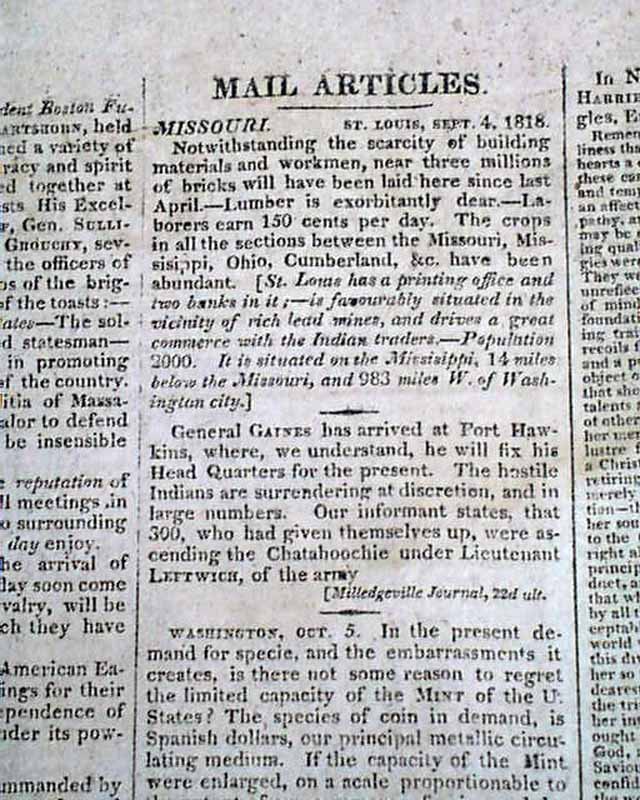 A pg. 2 report from Missouri datelined St. Louis says that: "...three millions of bricks...have been laid here since...April...", and that there is a printing office and two banks there, it is situated near rich lead runs, enjoys a great commerce with the Indians, has a population of 2000 and a bit more.
Another report from the Pittsburgh Gazette states that on a particular day the beach of the Monongahela was: "...lined with flat boats destined for the Illinois and other districts below the Falls of Ohio. The...emigrants ...are... composed of English...".
Four pages, a bit of light damp staining, good condition.