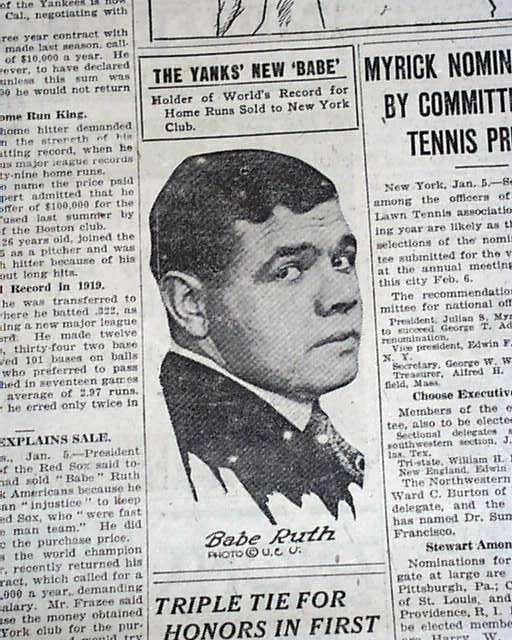 The sport's section has one of the more notable reports in the history of Major League Baseball, the sale of Babe Ruth to the New York Yankees.
The top of page 13 has a nice banner headline: "NEW YORK YANKEES BUY BABE RUTH FROM BOSTON RED SOX" with subheads and one column photo of Ruth with heading: "The Yanks' New 'Babe'"
Complete with 32 p;ages, light toning and a little wear at the margins, a little irregular along the spine, generally good.