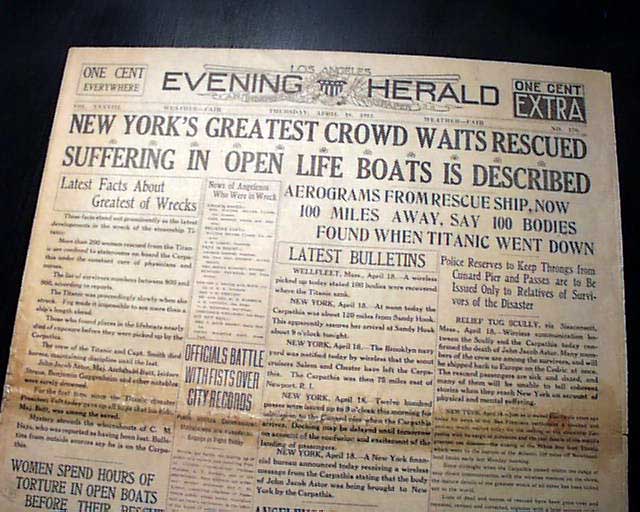 News of the Titanic sinking continues to arrive onshore with this issue with banner headline: "NEW YORK'S GREATEST CROWD WAITS RESCUED" & "SUFFERING IN OPEN LIFE BOATS IS DESCRIBED" with many subheads including: "Women Spent Hours Of Torture In Open Boats Before Their Rescue" and more. All text on the front page contains news of this infamous disaster. Nice for display. More on the following pages with a few photos of prominent figures onboard including J. Bruce Ismay and Isador Straus.
Complete 1st section only with all 18 pages, archival strengthening along the central fold of the front page, otherwise quite nice.