Home > Back to Search Results > Building a lighthouse on Long Island...
Click image to enlarge 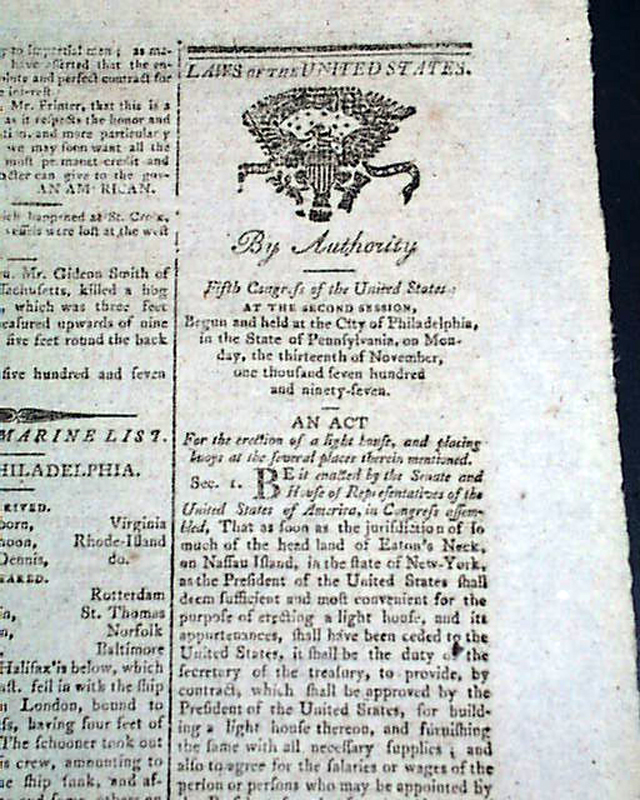 Building a lighthouse on Long Island...

The capital of the United States was in Philadelphia at this time while the District of Columbia was under construction.
The entire front page is taken up with advertisements including 7 illustrated ship ads. Page 3 has two Acts of Congress headed with a heraldic eagle, one for the erection of a lighthouse at Eaton's Neck on Nassau Island, New York. Both are signed in type by the President & Vice President: John Adams, and Th. Jefferson.
Four pages, wide never-trimmed margins, nice condition. 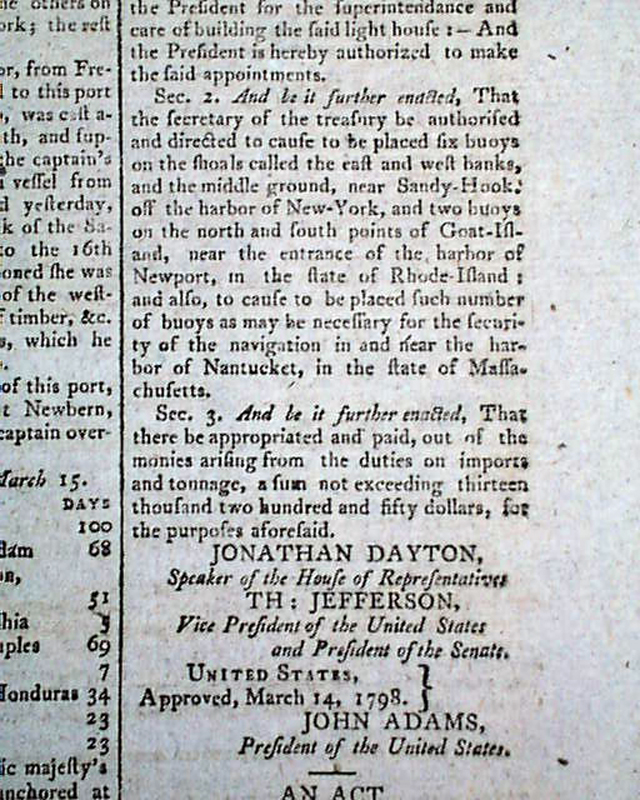 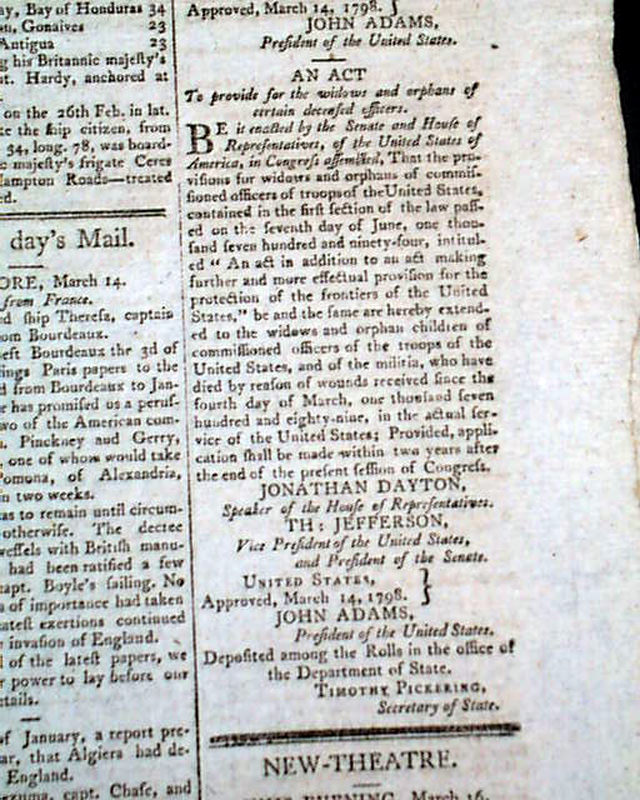 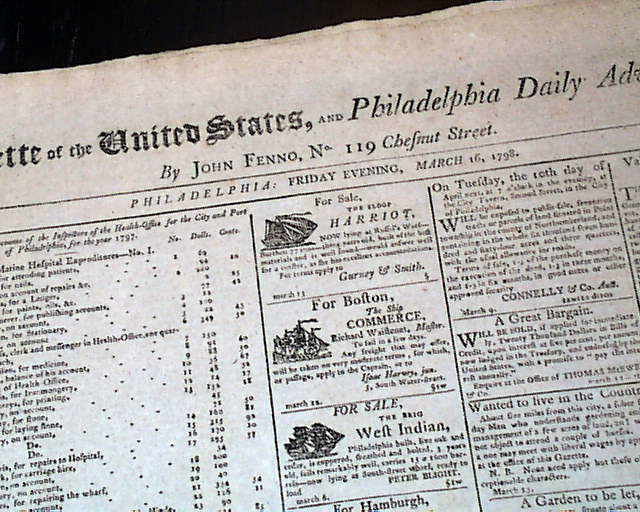 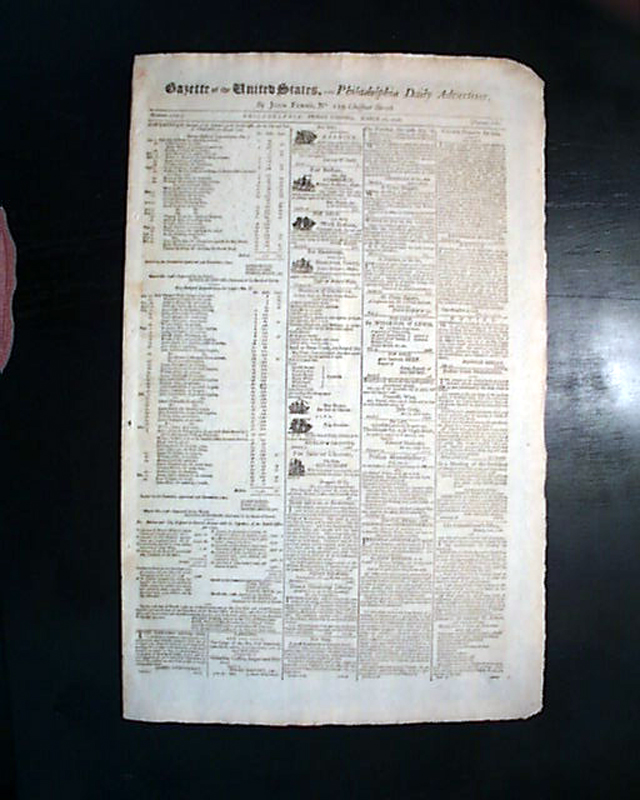