Home > Back to Search Results > Rare Hawaii newspaper from 1859...
Click image to enlarge 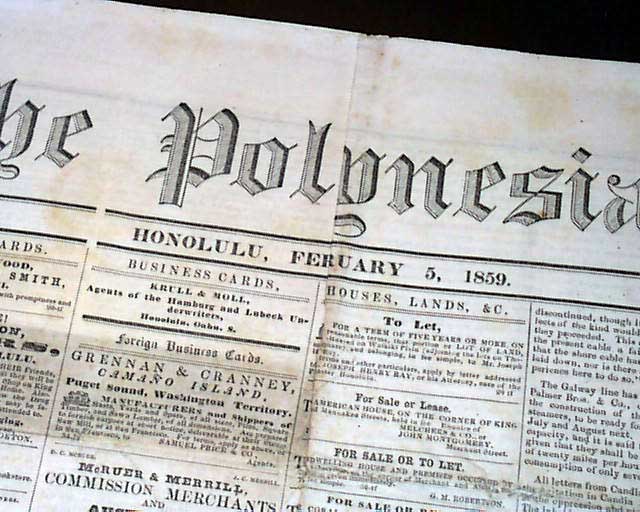 A quite rare newspaper from such an early date, in fact outside of "The Friend" which was more of a missionary newspaper, this is the second oldest Hawaii newspaper we have offered.
It is formatted much like other newspapers of the day with the ftpg. containing both ads & news items, page 2 containing mostly news, and pages 3 & 4 a combination of both, but  mostly ads.
Four pages, never bound nor trimmed, several folds with some minor wear at these folds, a bit of foxing to a small portion of the front page.