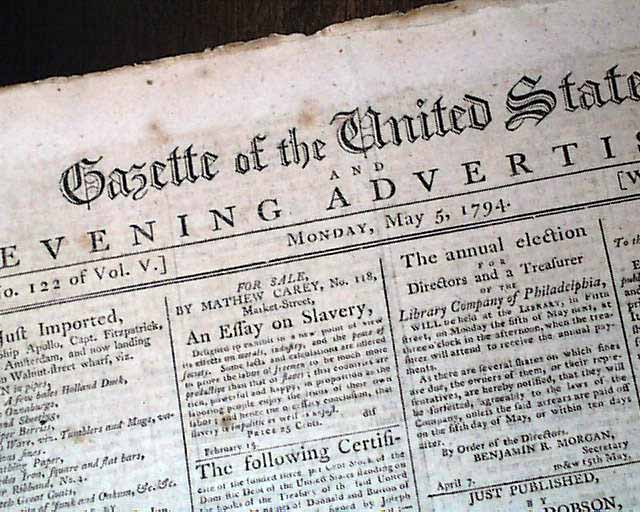 
GAZETTE OF THE UNITED STATES & EVENING ADVERTISER, Philadelphia, May 5, 1794