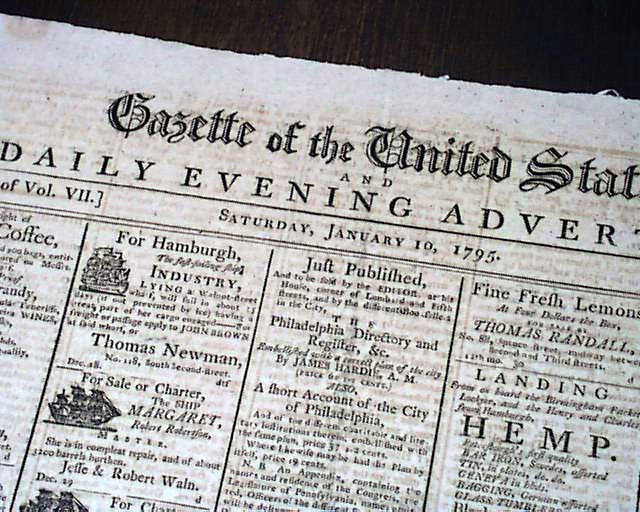 
GAZETTE OF THE UNITED STATES, Philadelphia, Jan. 10, 1795  The ftpg. is filled with ads including one for: "A Negro Man" in jail presumed to be a runaway; and one for a lottery: "For the Improvement of the Federal City".
Four pages, wide never-trimmed margins, great condition.