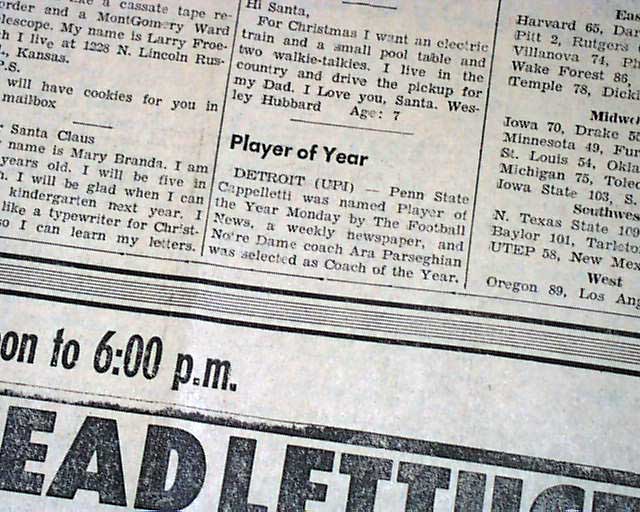 Page 5 has a very brief and inconspicuous report under "Player of Year" which begins: "Penn State Cappelletti was named Player of the Year..." which is actually him winning the Heisman. (see)
Complete with 8 pages, a few binding holes along the spine, generally nice.