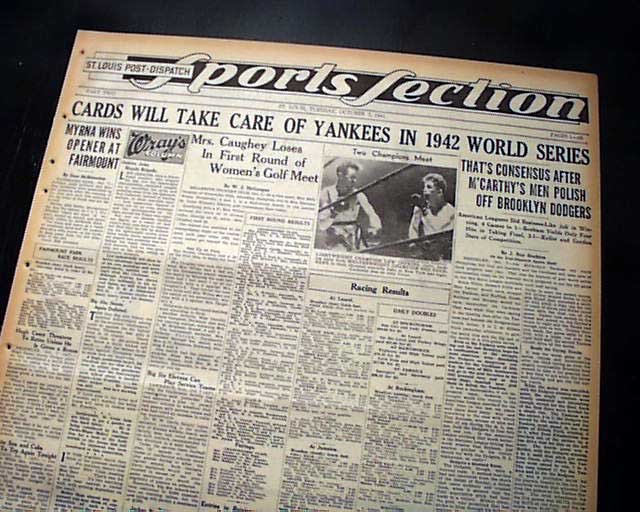 The banner headline reports on the just-completed 1941 World Series in which the New York Yankees were victorious over the Brooklyn Dodgers, noting a boastful St. Louis bias: "CARDS WILL TAKE CARE OF YANKEES IN 1942 WORLD SERIES" with subhead: "That's Consensus After McCarthy's Men Polish Off Brooklyn Dodgers".
But it would turn out to be very true. In 1942 the St. Louis Cardinals did, indeed, win the Major League Baseball World Series by defeating Yankees in five games. And great to have this in a St. Louis newspaper.
The complete sports section with other sections, containing 16 pages. Very nice condition with small binding holes at the blank spine.