Home > Back to Search Results > The North says the war is hopeless...
Click image to enlarge 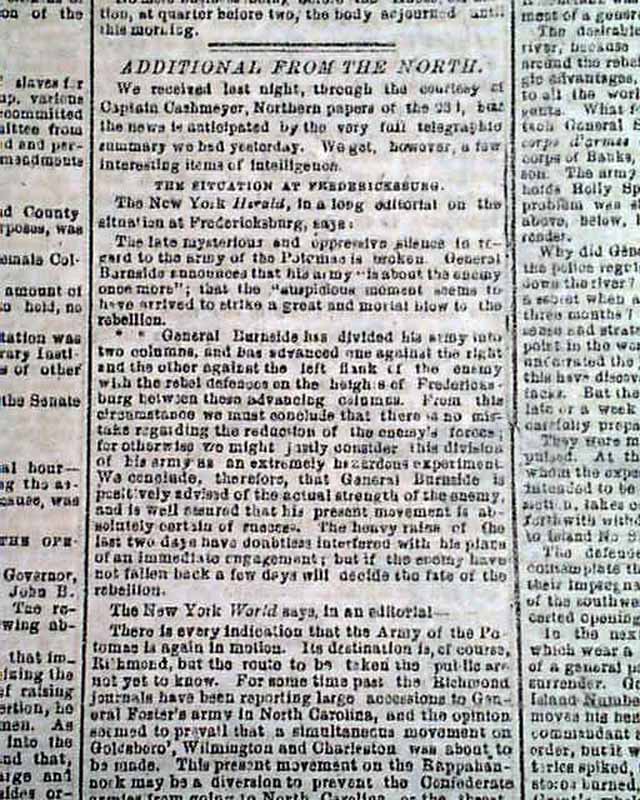 The North says the war is hopeless...

The front page includes: "From Fredericksburg" "The Courts" "Virginia Legislature" "Additional From the North--The Situation at Fredericksburg--The Peace Movement in the New Jersey Legislature--The Administration Denounced--The War Declared Hopeless & the Conquest of the South Impossible--The Desire of the North For A Termination of the War" "The Finances of the Northern Government" "Military Matters art the West" "Telegraphic News" and other smaller items.
The back page has the lengthy editorial, which includes: "...We are told that the Yankee finances are in inextricable confusion--That Chase is in a quandary, Lincoln in a fever, and Seward clean daft..." & much more. Also: "The Calvary" and reports from "The Confederate Congress".
Complete as a single sheet newspaper with a banner masthead, never bound nor trimmed, minor rubbing at folds, very nice condition.