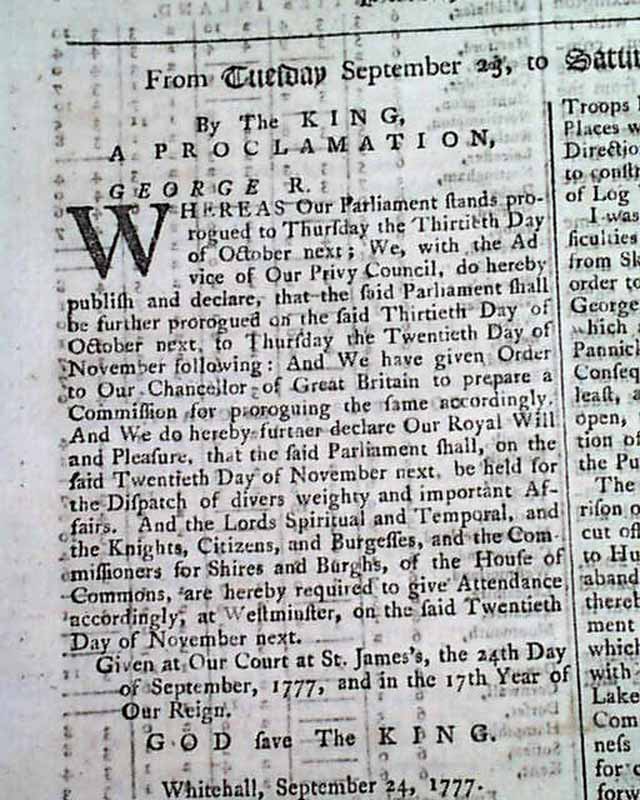 The ftpg. begins with: "By the King, A PROCLAMATION" concerning setting the next session of Parliament. Then a nice letter from General Burgoyne to Lord G. Germain dated at the Hudson River near Fort Edward. In the letter he reports on his progress in America, bits noting: "...Although the continued retreat of the enemy...had prevented any material action...the march hither, though scarce a day passed without firing, was effected without any loss of the Regulars. A few wounds only were received by the Indians & Provincials. The losses of the enemy...amount to about 300 men. The toil of the march was great..." with more fine reading.
Then a letter from Capt. Pearson dated at Quebec which mentions in part: "...General Arnold has lately joined & now commands their Northern Army. He brought with him 12 pieces of brass cannon with which it is expected he means to make a stand at Saratoga. General Burgoyne...purposed marching...to attack them."
Four pages, 7 3/4 by 12 inches, nice condition.