Home > Back to Search Results > Fighting near Richmond...
Click image to enlarge 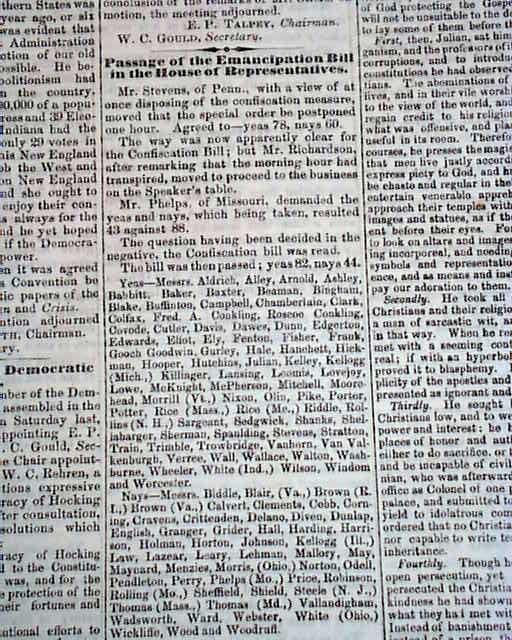 
THE CRISIS, Columbus, Ohio, July 2, 1862  Among the articles are: "Passage of the Emancipation Bill in the House of Representatives" "Listen & Believe What a Soldier Writes" "War News of the Week" "The Fight at Richmond" "Desperate Battle Before Richmond" "News From the Army" & much more.
Eight pages, nice condition.