Home > Back to Search Results > The battles at Danbury and Ridgefield...
Click image to enlarge 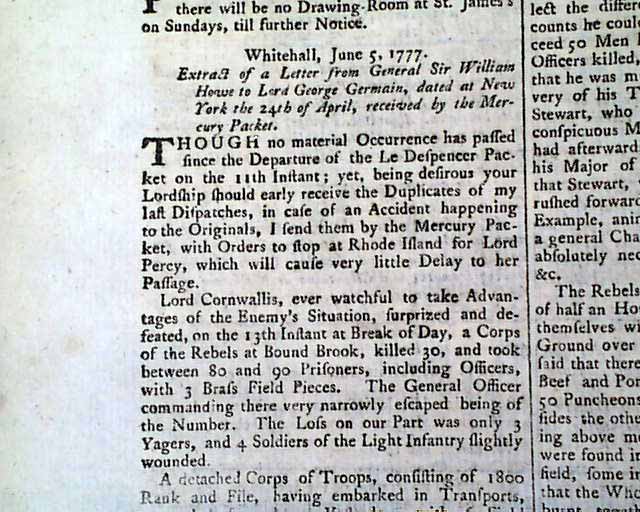 The battles at Danbury and Ridgefield...


THE LONDON GAZETTE, England, June 7, 1777  Page 2 has a letter from General W. Howe to Lord George Germaine from New York which has: "...Lord Cornwallis, every watchful to take advantages of the enemy's situation, surprised & defeated...a corps of the rebels at Bound Brook..." with more on this notable battle.
Half of page 2 is taken up with a letter datelines from Long Island Sound, April 30, 1777 which has much more detail on the Battles of Danbury and Ridgefield, carrying over to page 3 with more detail as well.
Eight pages, red tax stamp on the front page, nice condition.