Home > Back to Search Results > Treatment of Jefferson Davis... Where is Robert E. Lee?
Click image to enlarge 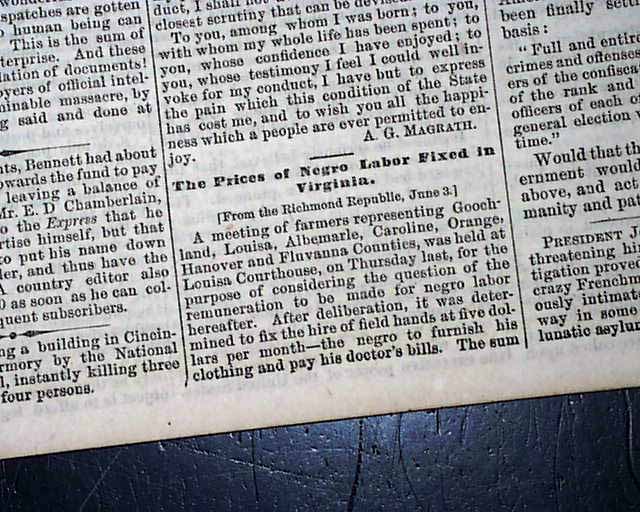 Treatment of Jefferson Davis... Where is Robert E. Lee?


THE CRISIS, Columbus, Ohio, June 14, 1865  From shortly after the end of the Civil War, some of the headlines include: "From The South" "The Eastern Press" "The Prices of Negro Labor Fixed in Virginia" "Emphatic Repudiation of Negro Suffrage in Tennessee" "The Conspiracy Trials" "Trial of Prisoners in Hand Cuffs" "Treatment of Jeff. Davis--The Ironing & Why It Was Done" "Where Is General Lee?" "Capture of Sabine Pass" & so much more.
Eight pages, nice condition.

Booth is chased, shot, and killed...