Home > Back to Search Results > Apple introduces the iPhone...
Click image to enlarge 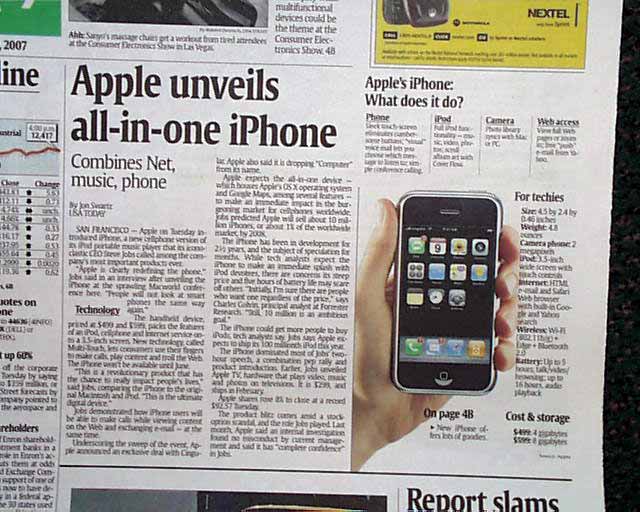 The front page has: "Apple wants to rock your phone", which tells of the their new product, The Apple iPhone, and includes a photo. The text states: "CEO Steve Jobs unveils the long-anticipated iPhone, which combines a mobile phone, widescreen iPod and internet access in a thin, handheld device." The front page of the Money Section has the related article: "Apple unveils all-in-one iPhone", which also includes a photo. Additional coverage is also found on page 4B. Great to have this historic technological moment, which reinvigorated the national economy, in a nationally distributed newspaper.
Other news of the day and sports are also present.
The issue is in very good condition, is believed to be complete in multiple sections, but is being offered for the described content.