Home > Back to Search Results > Trio on the fate of cave explorer Floyd Collins...
Click image to enlarge 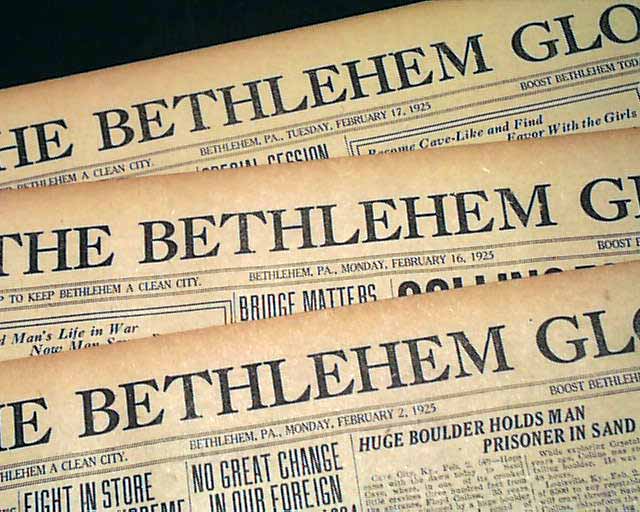 As Wikipedia notes, Floyd Collins was a celebrated pioneer cave explorer in central Kentucky, an area that is the location of hundreds of miles of interconnected caves, including the Mammoth Cave National Park. On January 30, 1925, while trying to discover a new entrance to the system of underground caves that were a popular tourist attraction in Kentucky, Collins became trapped in a narrow crawl way 55 below the surface. The reports about efforts to save Collins became a nationwide newspaper sensation, the first such since the sinking of the Titanic. After four days during which Collins could be brought water and food, a collapse in the cave closed the entrance passageway to everything except voice contact. Collins died of exposure, thirst, and starvation after about fourteen days underground, three days before a dug rescue shaft could reach his position. Collins' body was recovered two months later.
The Feb. 2 issue has on the front page: "Huge Boulder Holds Man Prisoner In Sand Cave" with more; the Feb. 16 issue has a bold head: COLLINS FOUND, THOUGHT DEAD" with related subheads; and the Feb. 17 issue has near the bottom of the front page: "Will Not Remove Body Of Collins From Cave" with details.
Each issue is complete, slightly irregular at the spine from disbinding, various pencil "dash" marks made by the editorial staff (easily erased), in very nice condition.
This item is not eligible for free shipping.