Home > Back to Search Results > Disputed boundary between East and West Florida...
Click image to enlarge 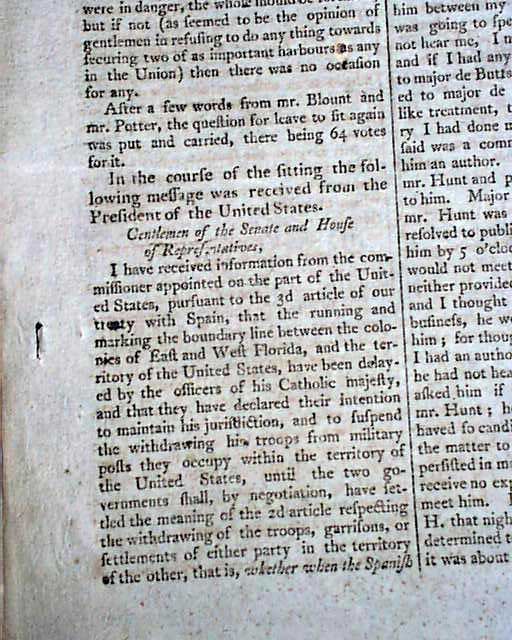 Page 3 has a letter to Congress signed in type by the President: John Adams. The focus is on the disputed boundary line between the colonies of East and West Florida and the territory of the United States.
This was William Cobbett's important and controversial--but short-lived--daily newspaper.
Cobbett was a prolific & controversial publisher who often wrote under the pen-name of "Peter Porcupine." He was famous for sniping at his political opponents, usually those of a Jeffersonian-Republican sentiment. The first issue appeared on March 4, 1797 and the newspaper lasted but 770 issues.
Four pages, never-trimmed margins, nice condition.