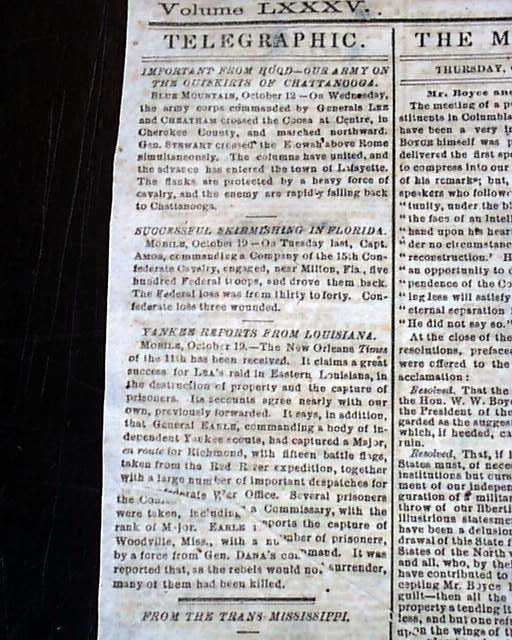 * Rare publication from the origin of the Civil War
* General William T. Sherman & the Atlanta campaign