Home > Back to Search Results > Death of Curtis Mayfield... Albert Einstein - the "Man of the Century"...
Click image to enlarge 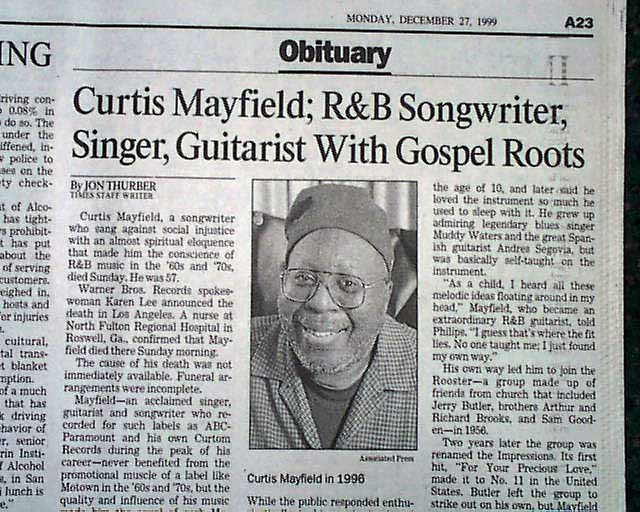 Death of Curtis Mayfield... Albert Einstein - the "Man of the Century"...

The front page has a small announcement regarding the death of singer-songwriter Curtis Mayfield, which continues on page 23. Page 23 has a related small photo and a detailed obituary.
This issue also includes a feature article on "The Man of the Century," which includes Albert Einstein, Time Magazine's selection, along with a top ten list of their reader's selection. A supporting article and photo of Einstein are included.
The issue is in very good condition and is believed to be complete, but is being offered for the described content. See images for details. 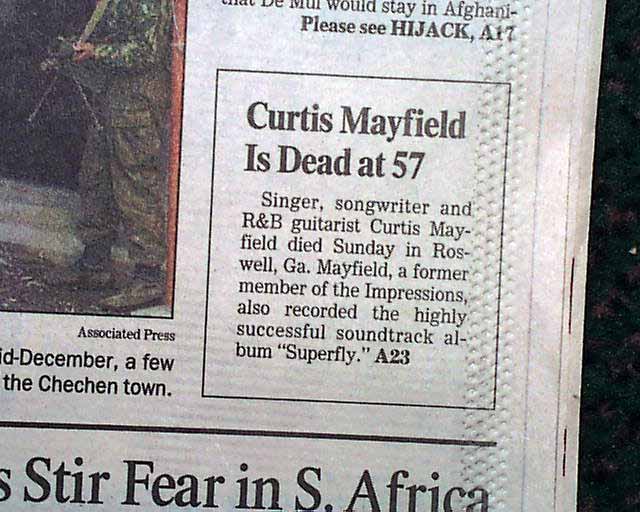 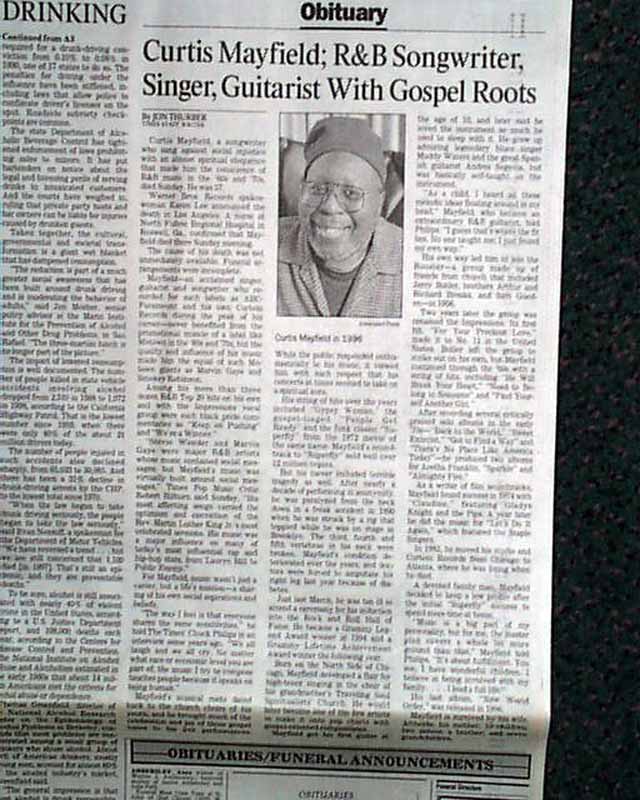 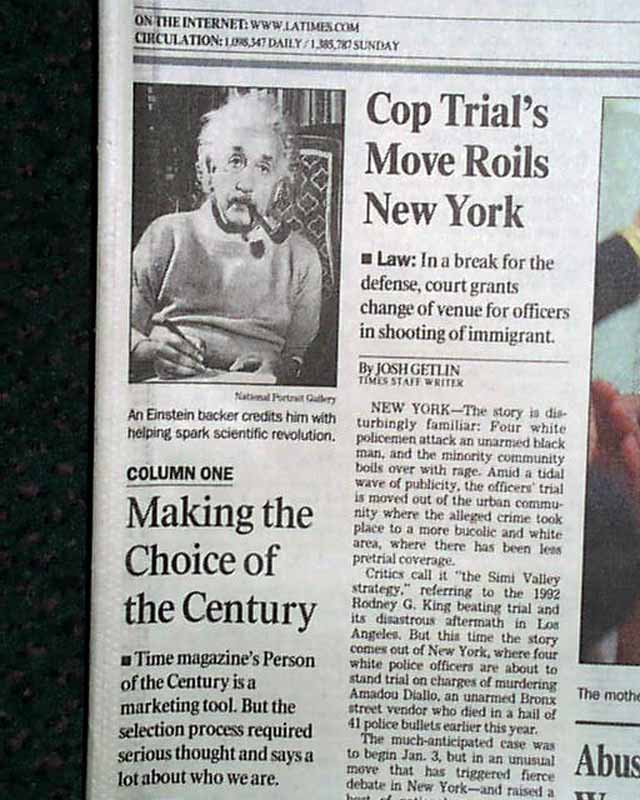 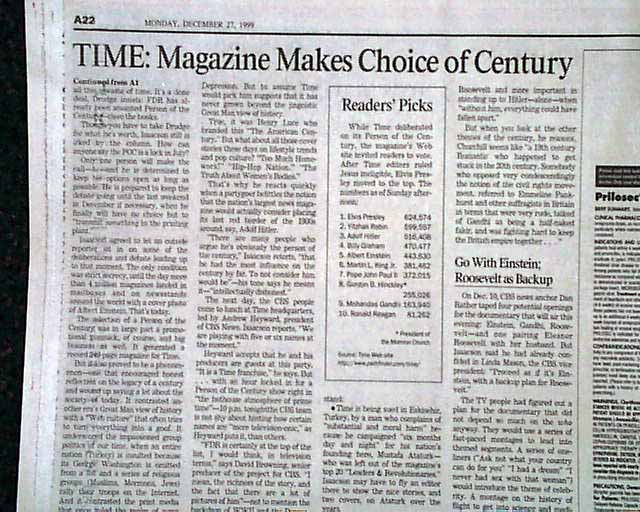 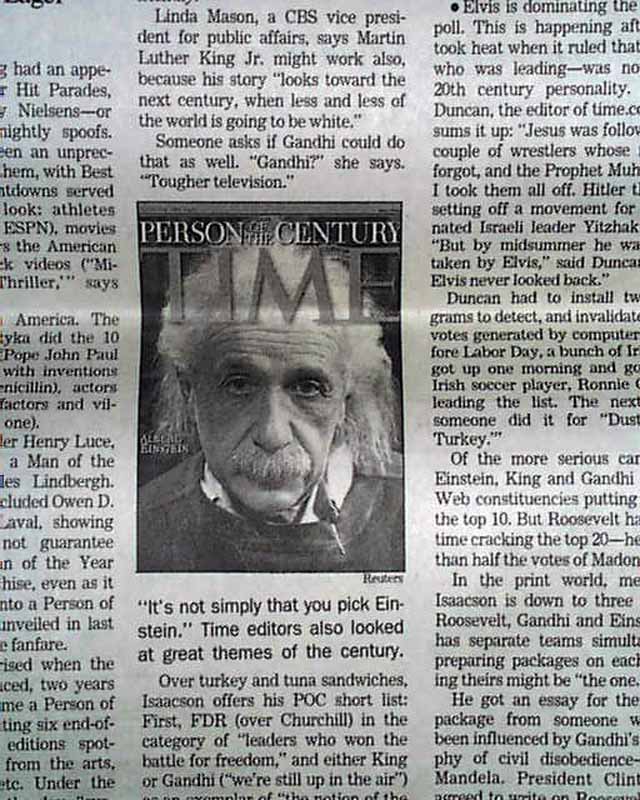 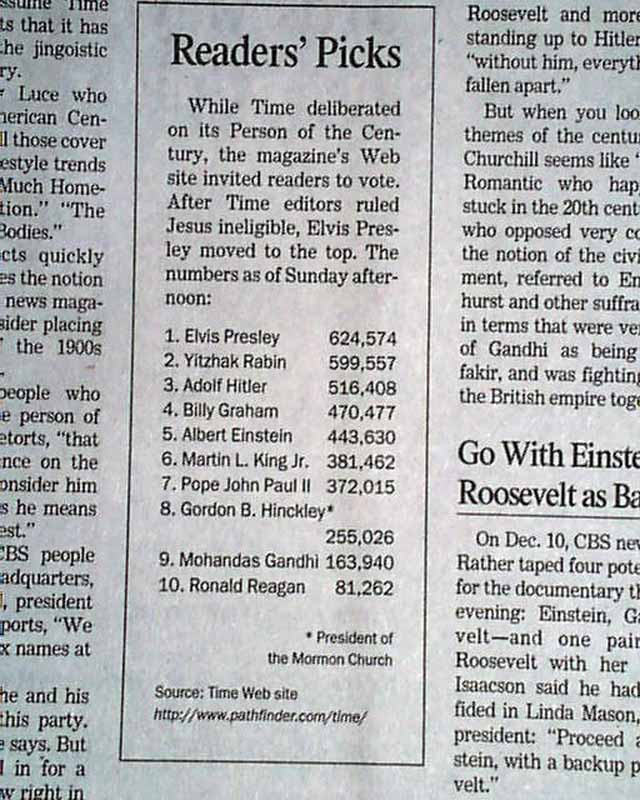 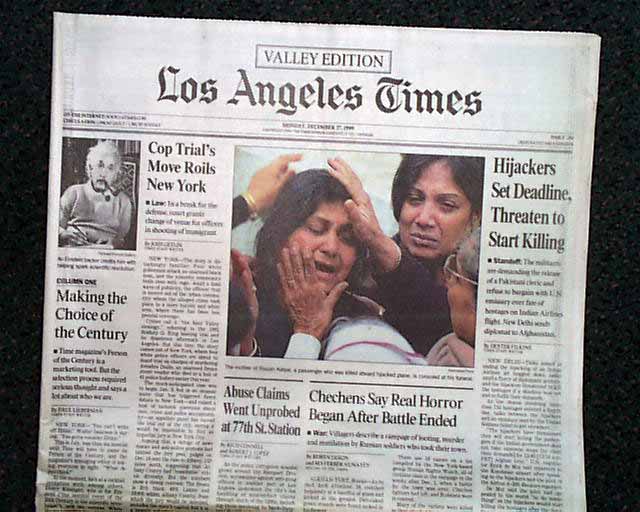 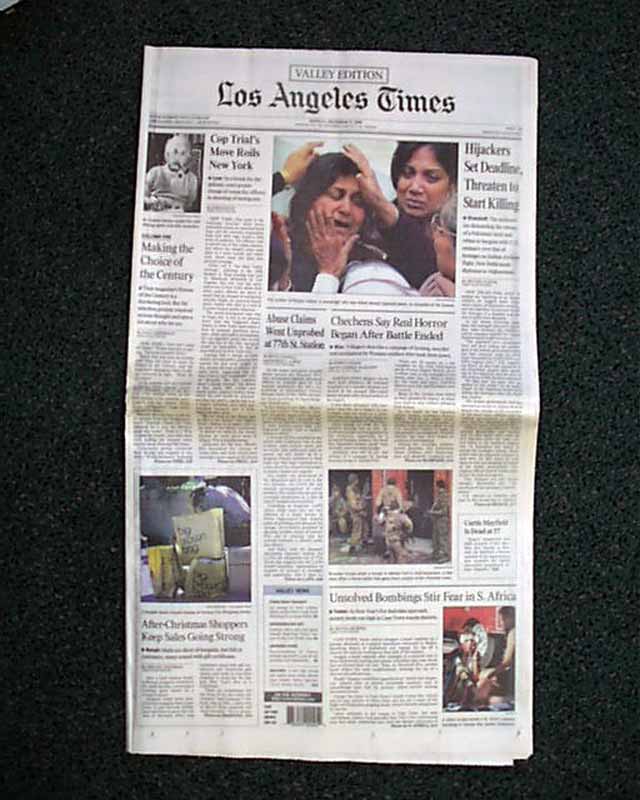