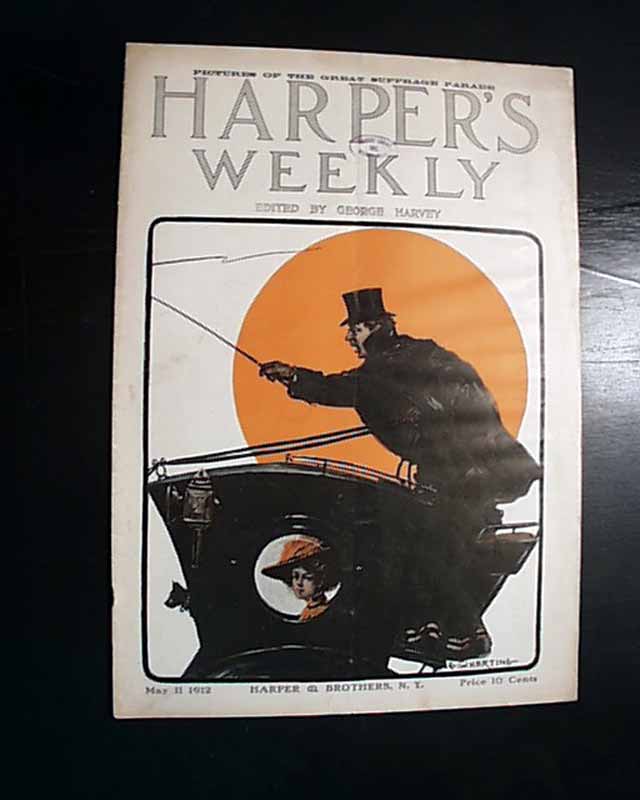 HARPER'S WEEKLY, New York, May 11, 1912  This issue has two parts, the typical first 16 pages (called Part I), and the woman's suffrage-themed supplement (called Part II).
Part 1 includes an political cartoon: "The Representative American Citizen?" by Kemble. Also a fullpg. with 6 photos relating to the recovery of bodies from the Titanic; a halfpg. photo of a life boat drill recently ordered for all transatlantic ships; "Photography from an Aeroplane" "The Lure of the Antarctic", and more.
Part II  is four pages with photos: "Marching For Suffrage" showing: "Some of the women riders who led the procession." There is also a double page photo of "On the March For Suffrage" and a photo spread of "Parading for the Cause."
Included is the two-color outer wrapper, typically missing. Never bound nor trimmed, good condition.