Home > Back to Search Results > Alabama leaves the Union... Preparing for war...
Click image to enlarge 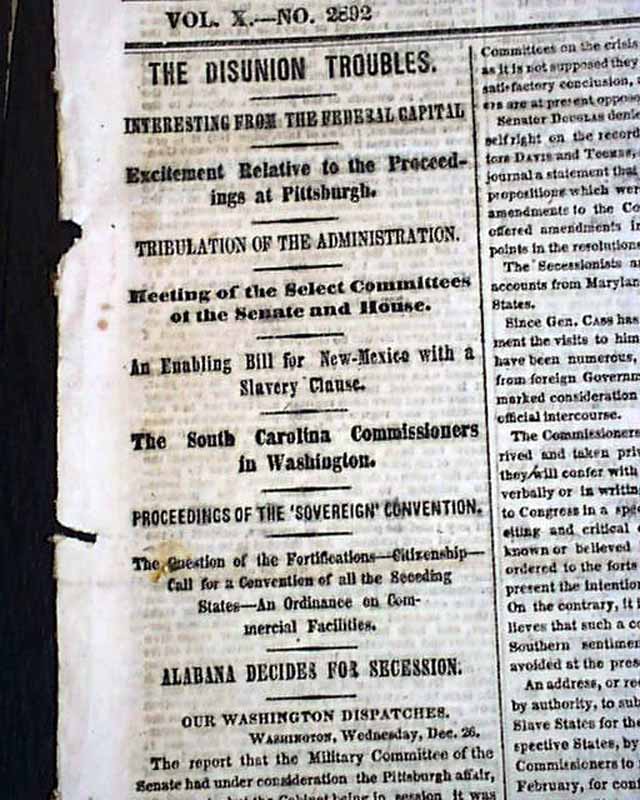 Among the ftpg. column heads: "THE DISUNION TROUBLES" "Tribulation Of the Administration" "An Enabling Bill for New Mexico with a Slavery Clause" "The South Carolina Commissioners in Washington" "Alabama Decides For Secession" and an interesting article; "Mr. Lincoln Encounters A Secessionist".
Page 4 has much as well including: "Southern Trade--Its Amount & Comparative Value" "The Cuban Slave-Trade" "Conflicting Authorities on the Slave Trade" among other items.
Eight pages, small binding slits at the blank spine, good condition.