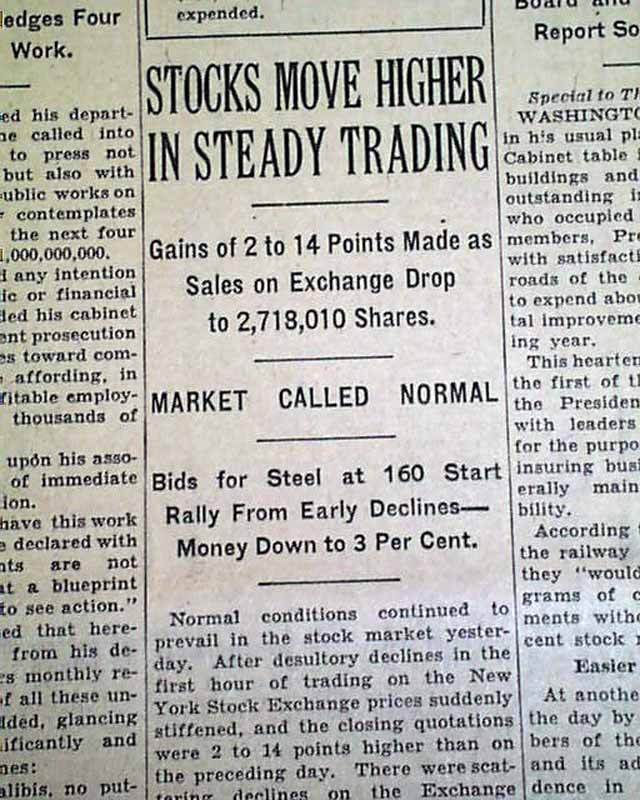 * Post Stock Market Crash of 1929
* Wall Street anxiety at an end ?
* Start of the Great Depression

The stock market crash of 1929 did much to define America for the next decade, resulting in the Great Depression and all the trauma relating to it. It seemed common for many newspapers to put a positive spin on the on-going tragedy, so front page reports often conflicted with the reality of the time.
Given that the stock exchange is in New York City, the "Times" remains one of the most desired of all newspapers on the crash.
The front page has one column headings: "STOCKS MOVE HIGHER IN STEADY TRADING" "Market Called Normal" and more. (see) And the many pages within this issue provide a fascinating glimpse of life during those tumultuous weeks.
Other news, sports and advertisements of the day. Complete in 60 pages, light toning irregular along the spine, generally nice.