Home > Back to Search Results > Graf Zeppelin... around the World.....
Click image to enlarge 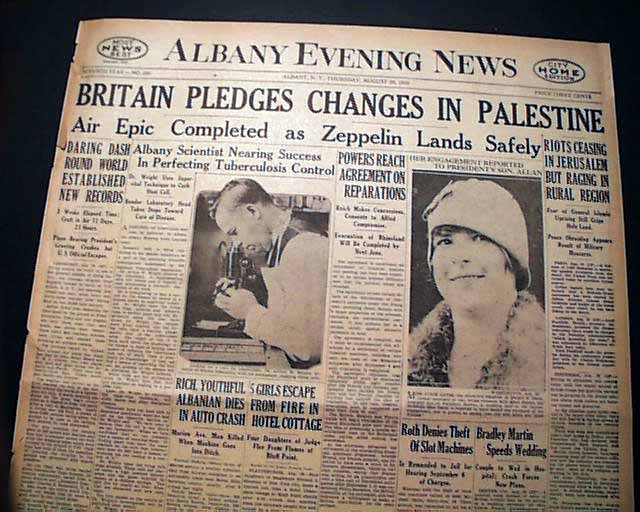 This 34 page newspaper has a seven column headline on the front page: "Air Epic Completed as Zeppelin Lands Safely" with subheads that include: "DARING DASH ROUND WORLD ESTABLISHED NEW RECORDS" and more. (see)

Other news of the day including front page reporting on early struggles in Jerusalem and Palestine. (see headlines in photos)

Light browning with some spine wear, otherwise in good condition.