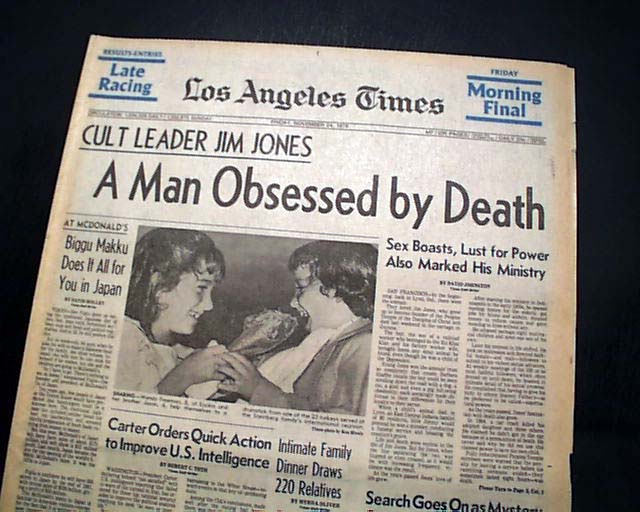 The front page has a banner headline: "A Man Obsessed by Death "with a lead in: "CULT LEADER JIM JONES" with subheads. (see) More inside.
The Rev. Jim Jones was founder and leader of the Peoples Temple, which is best known for the 1978 death of more than 900 Temple members in Jonestown, Guyana along with the deaths of nine other people at a nearby airstrip and in Georgetown. This was the greatest single loss of American civilian life in a non-natural disaster until the events of September 11, 2001. The tragedy at Guyana also ranks among the largest mass suicides in history. One of those who died at the nearby airstrip was Leo Ryan, who became the only Congressman murdered in the line of duty in the history of the United States.
The complete first section with pages 1 - 32, nice condition. 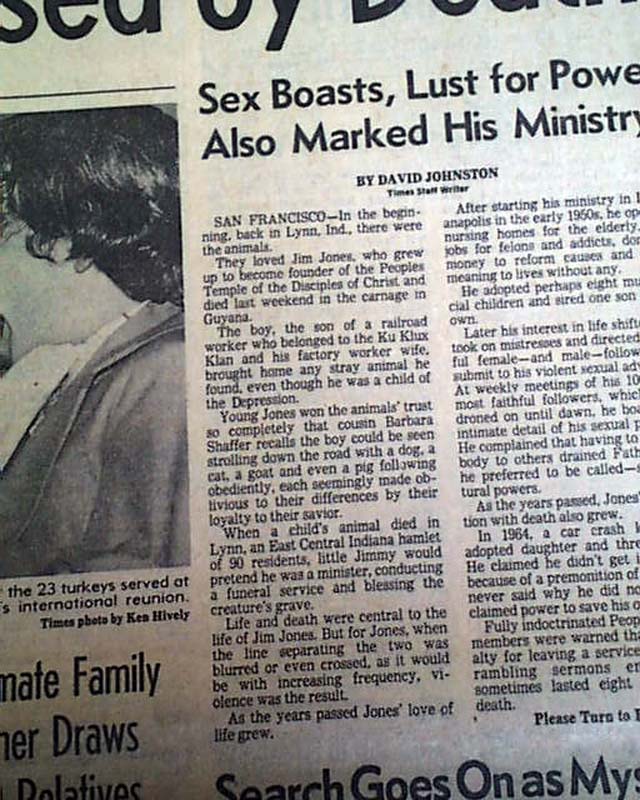 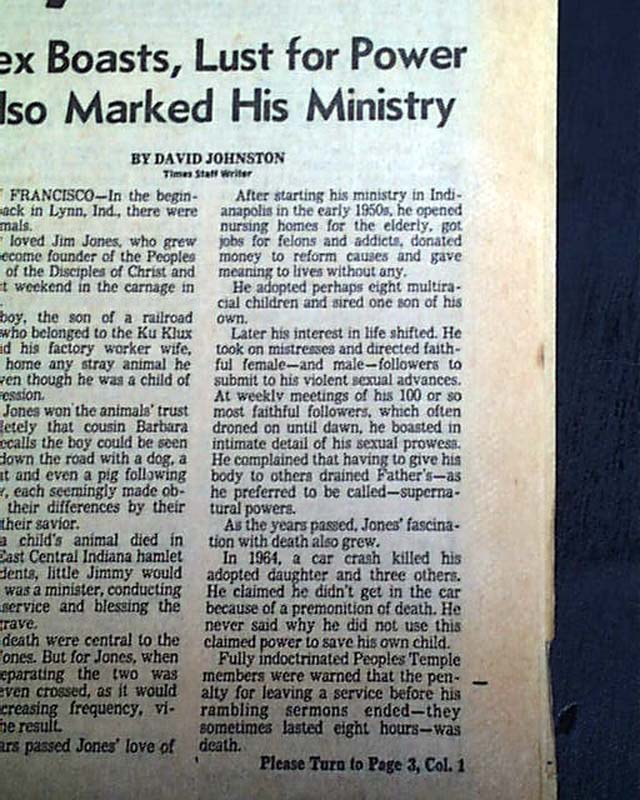 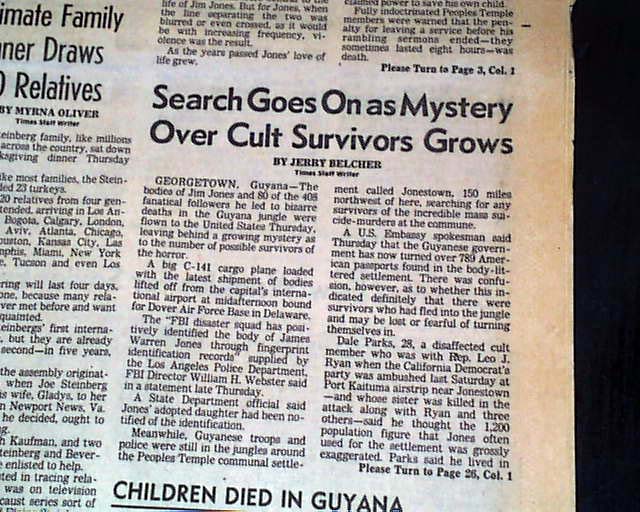 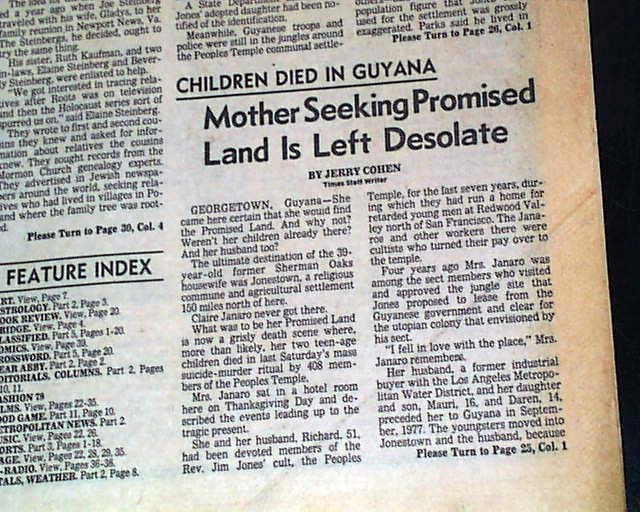 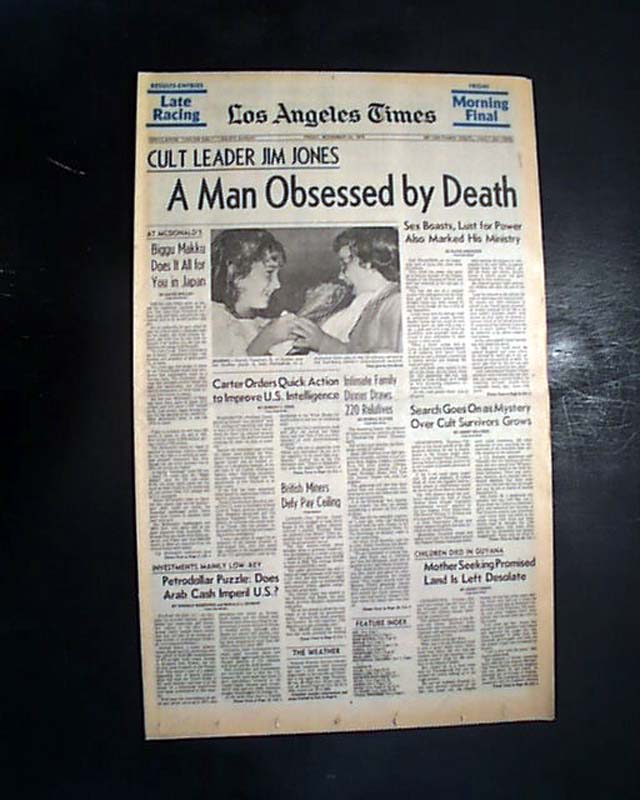 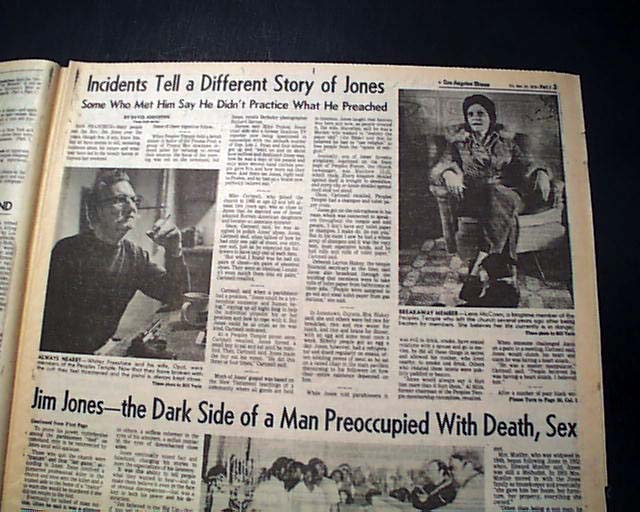 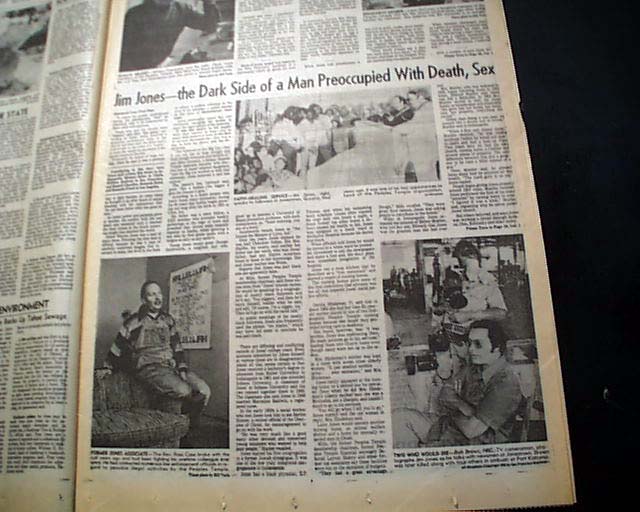 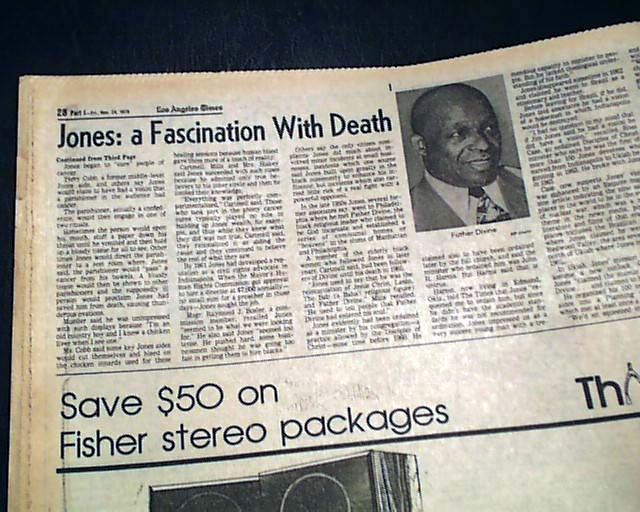 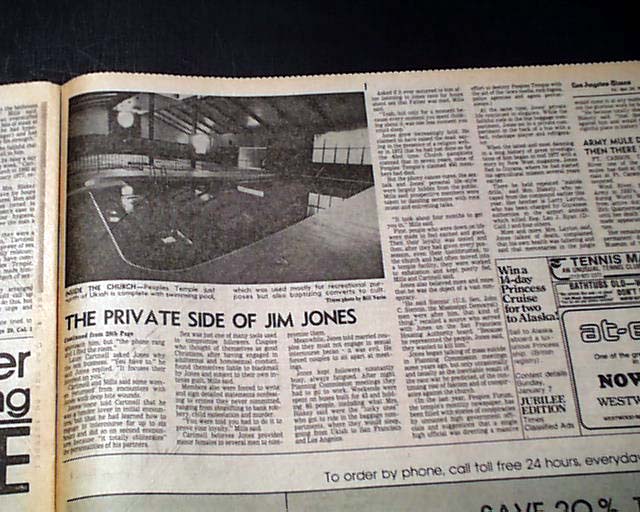