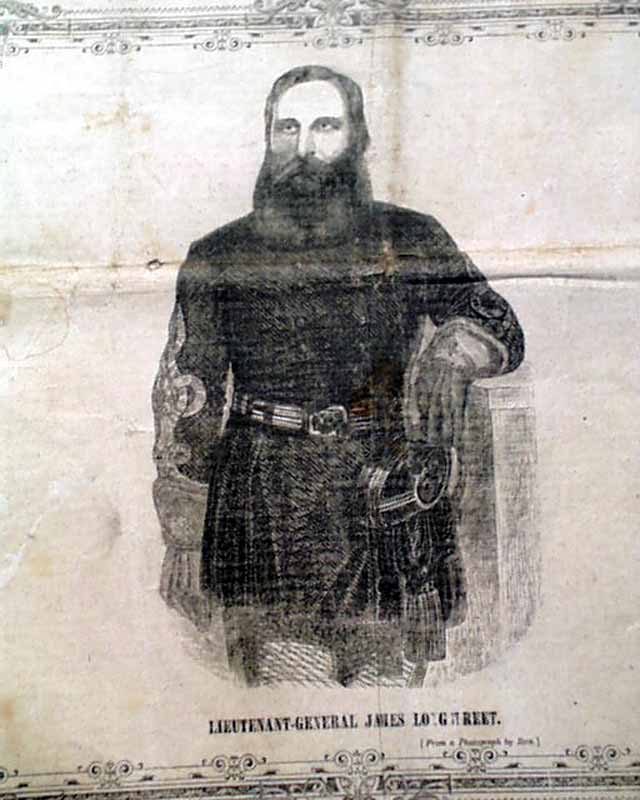 A very rare publication from the Confederacy which seldom comes to the collector market. Although much of the content was literary in nature, there are news reports and a few illustrations. This was the Confederacy's only illustrated newspaper.
A nice feature of this issue is that the entire front page is taken up with an illustration of one of the more famous generals of the Confederacy: "Lieutenant-General James Longstreet" with a biography of him on page 3.
Page 2 has an article headed: "The Times" which reports on the latest events of the Civil War, a few bits including: "...From North Carolina we learn that the Yankee troops are constantly leaving Wilmington for South Carolina...The enemy has assembled a powerful army at Vicksburg...we do not believe they could succeed...Another falsehood is very characteristic: it is that the Yankees on the second day carried every thing before them with the bayonet! The Yankees conquering with the bayonet!!! The Lord have mercy on us!...In the battle of Seven Pines we had 22,000 men--The Yankees 55,000. So much for Yankee official veracity. History will be a beautiful thing when it falls into the hands of these Yankees & is written from their official reports...A portion of General Sibley's command defeated the Yankees near Bayou Teche with great loss last week. Everywhere we hear of the most atrocious crimes perpetrated by the marauders." and more (see).
Page 6 has a literary piece: "Outlines From the Outpost" which was written with the Civil War as a backdrop. The back page has several advertisements of military-related publications including: "Confederate States Army Regulations" "New Books Just Published...Battle of Shiloh ! " "Hardee's Tactics..." and "Army Regulations, 1863" each with particulars (see).
Eight pages, wide, never-trimmed margins so it folds out to one large sheet (as issued), some wear at the folds & margins, bit of damp staining. 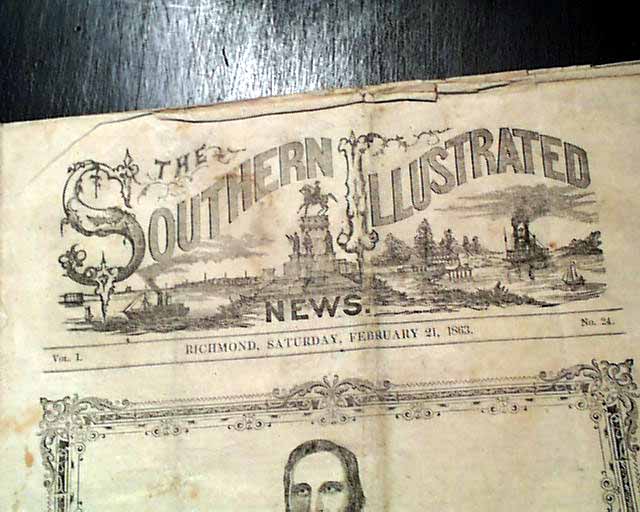 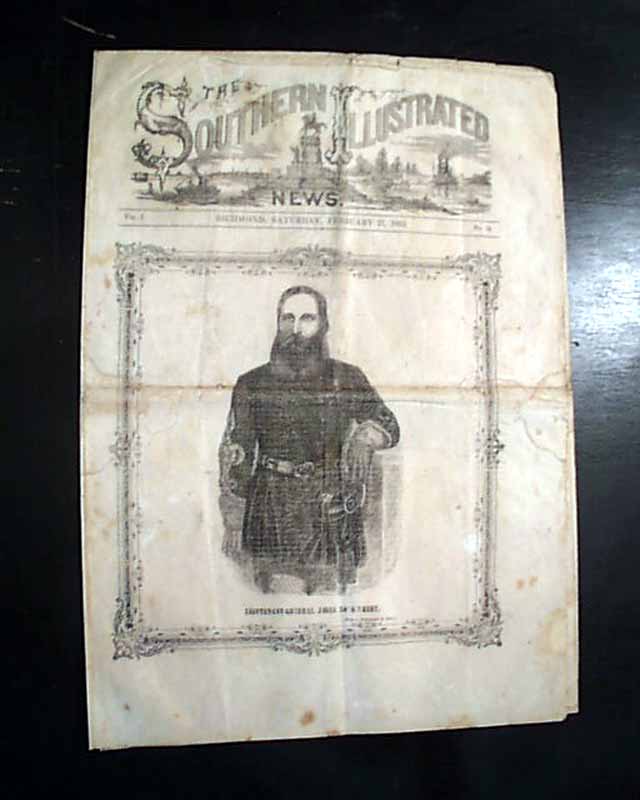 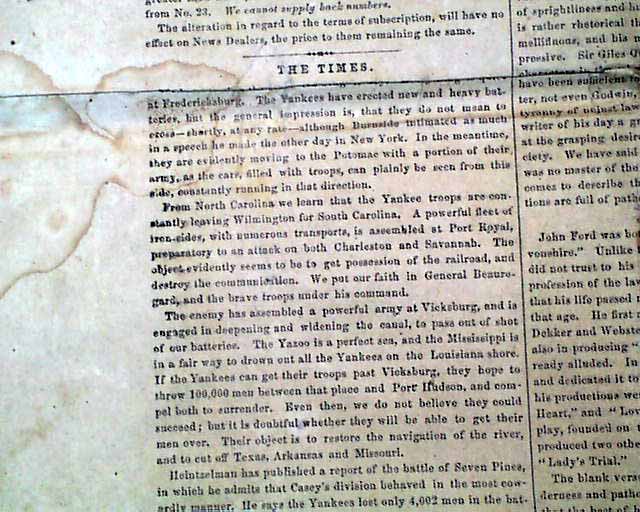 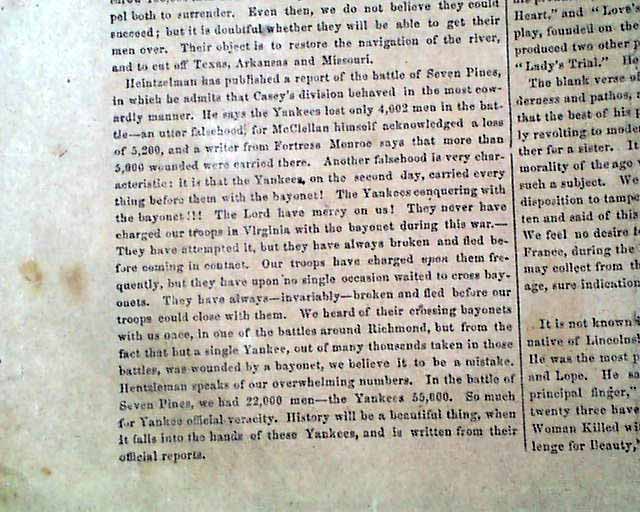 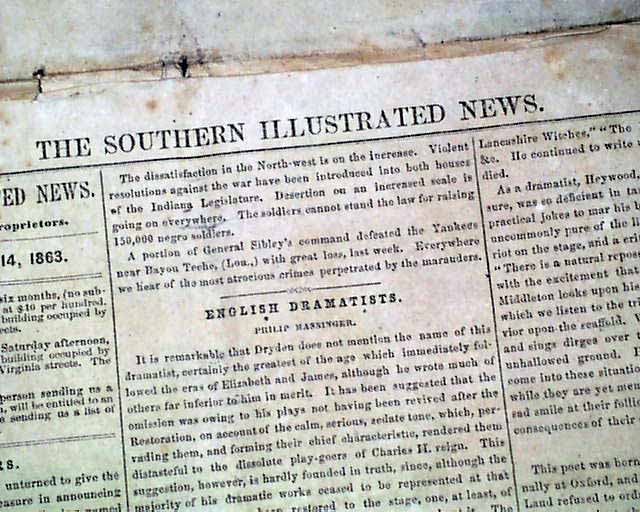 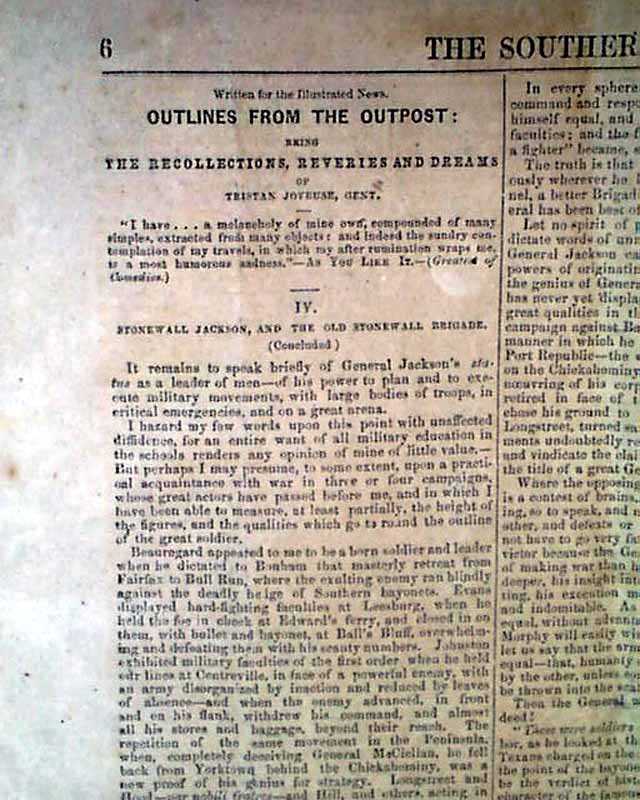 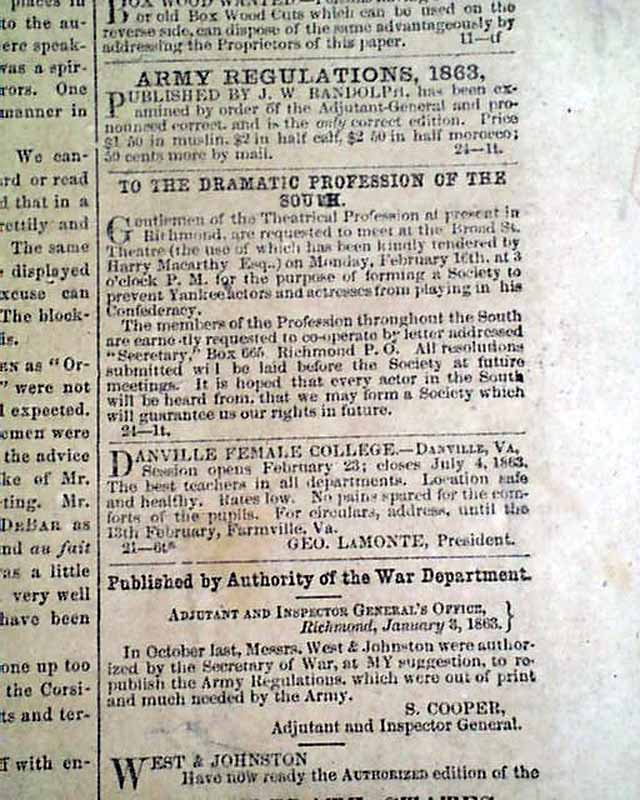 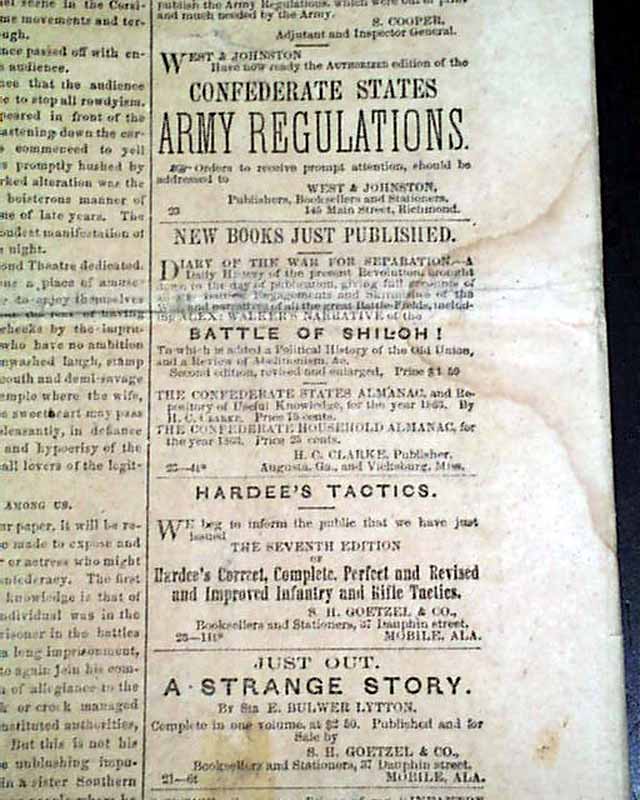