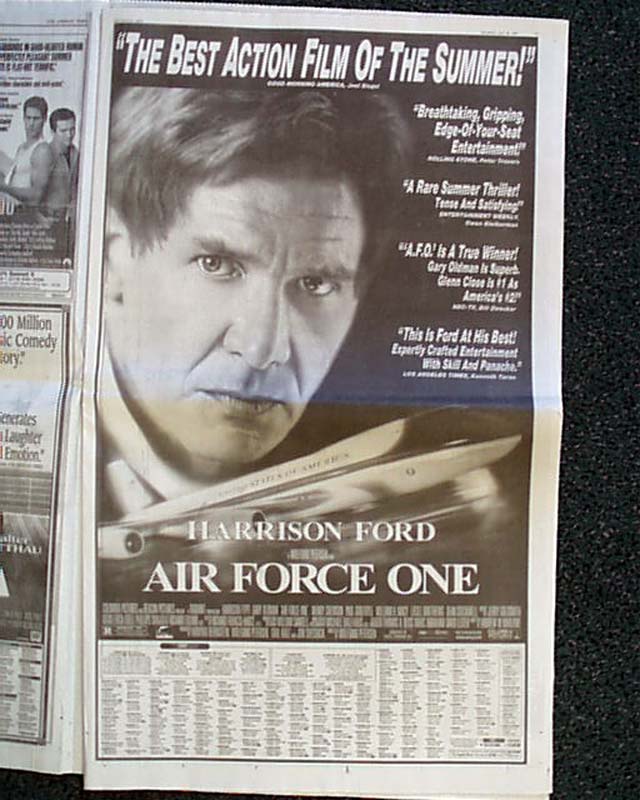 A terrific issue published on the premiere weekend of the motion picture hit "Air Force One" and perhaps no better issue could be found than this, the leading newspaper from the home of the entertainment industry - the Hollywood area's prime publication.

Note: Where else might one find authentic, poster-size ads for Opening Day/Weekend showings, in the most desirable Hollywood-area newspaper - as we were lucky enough to obtain this (and others) indirectly from the Los Angeles Times' own collection? It simply doesn't get any better! In over 40 years of collecting, we have yet to see such unique & dramatic coverage with truly top-shelf, eye-catching displayability (see images).

Page 3 of the Calendar section has the terrific, double full page poster-like advertisement for the film, Air Force One, printed for it's opening weekend showing (see image). Other similar full or near full-page ads include: "Contact (Jodi Foster & Matthew McConaughey), Men in Black (Will Smith and Tommy Lee Jones), My Best Friend's Wedding (Julia Roberts), George of the Jungle (Disney), Face/Off (John Travolta and Nicolas Cage), and more.
A quite rare issue as it would not have been saved since it contains no historically significant content. Present is the complete Calendar Section only. Great condition. 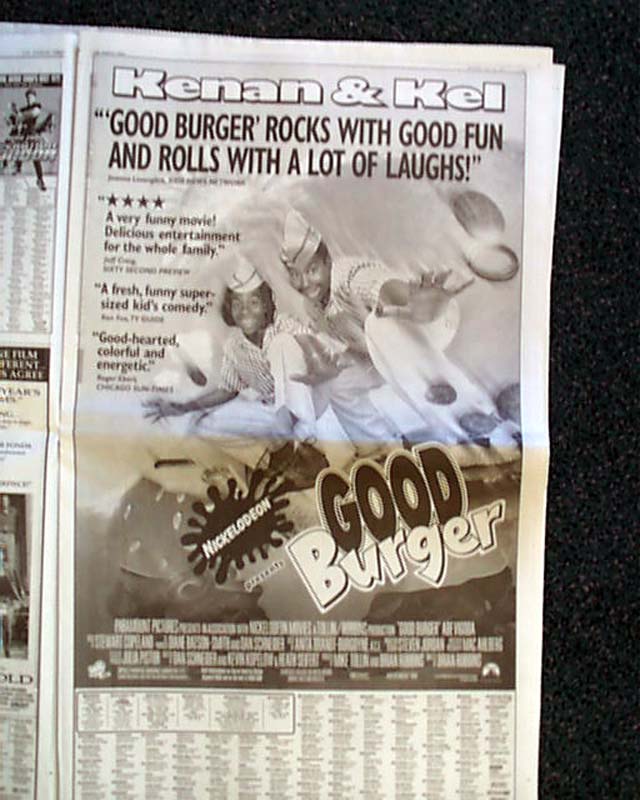 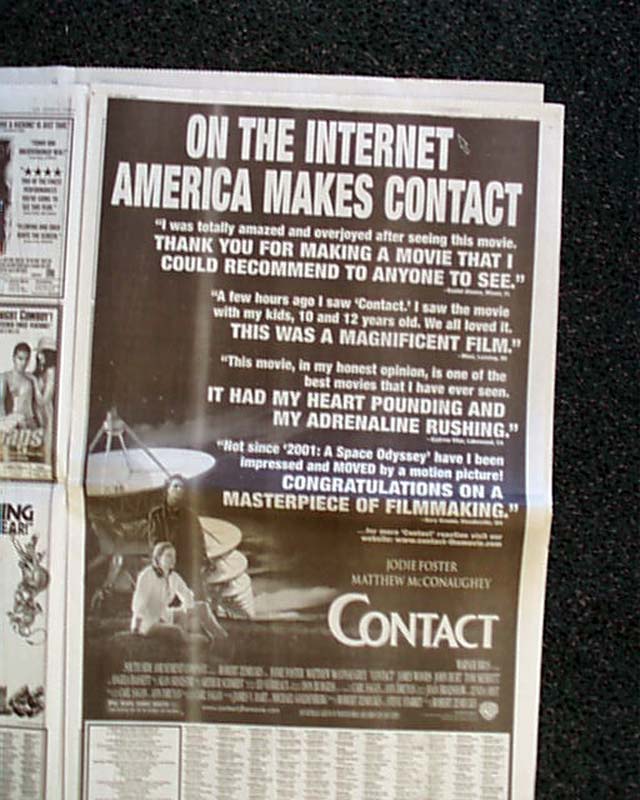 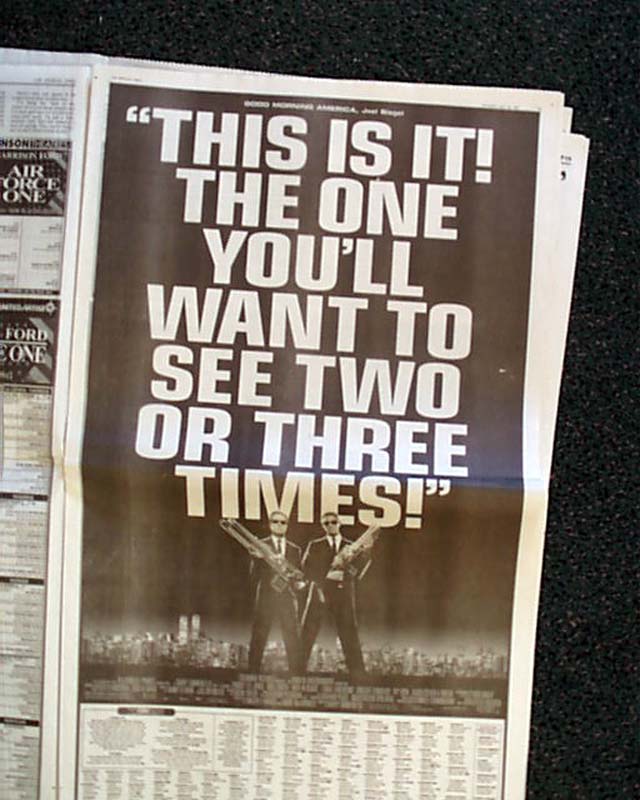 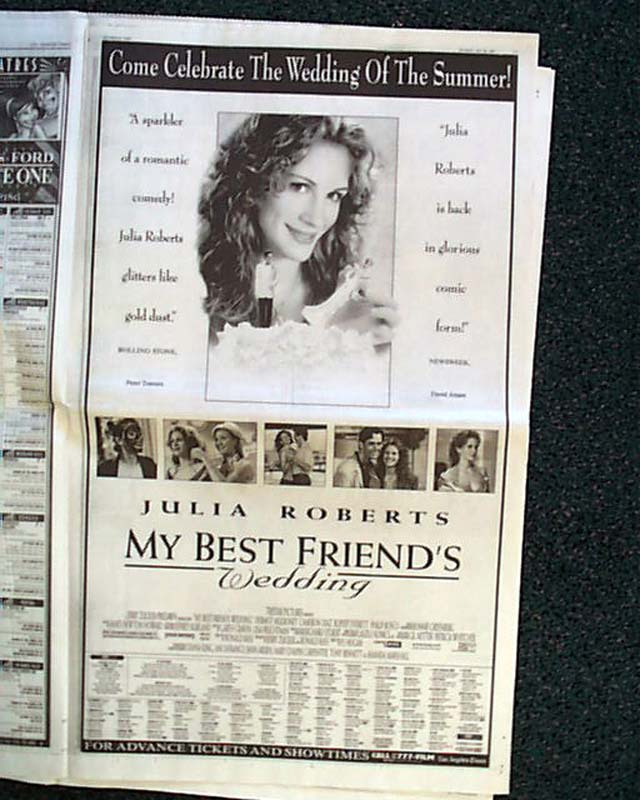 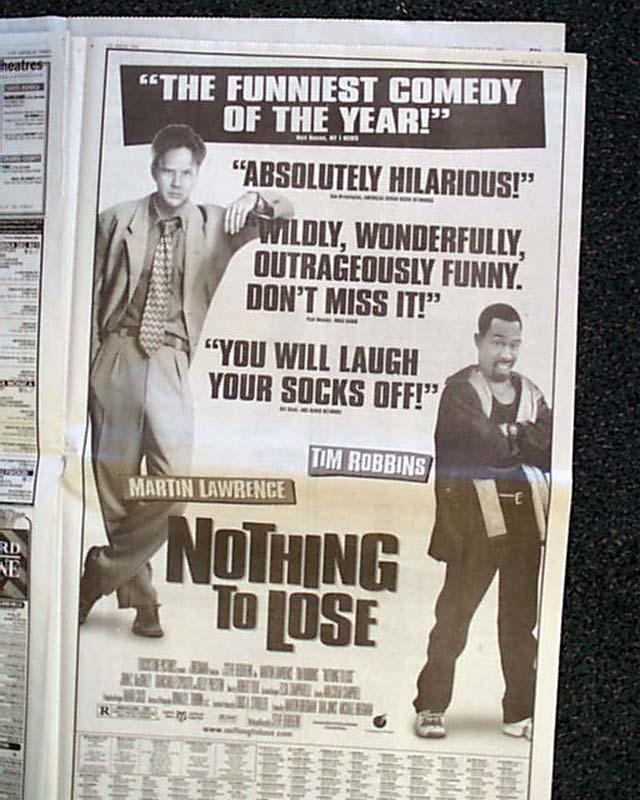 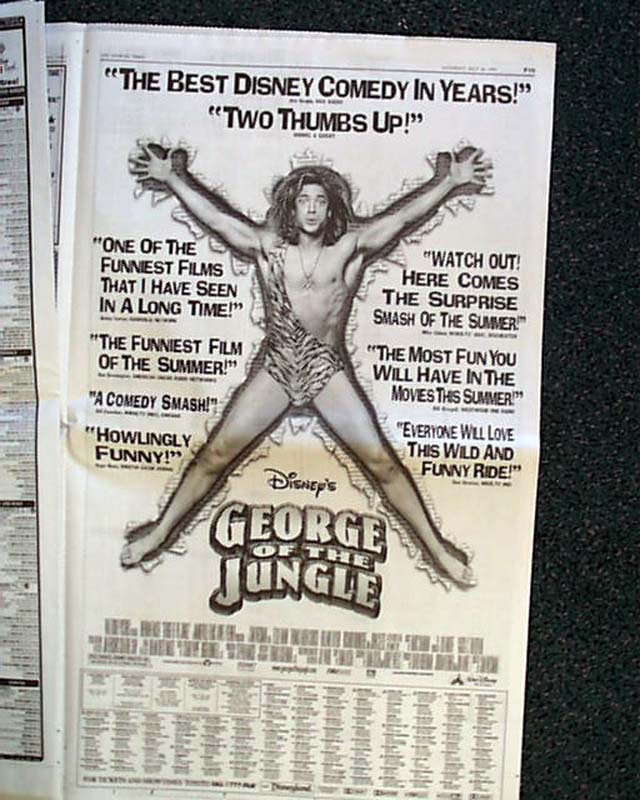 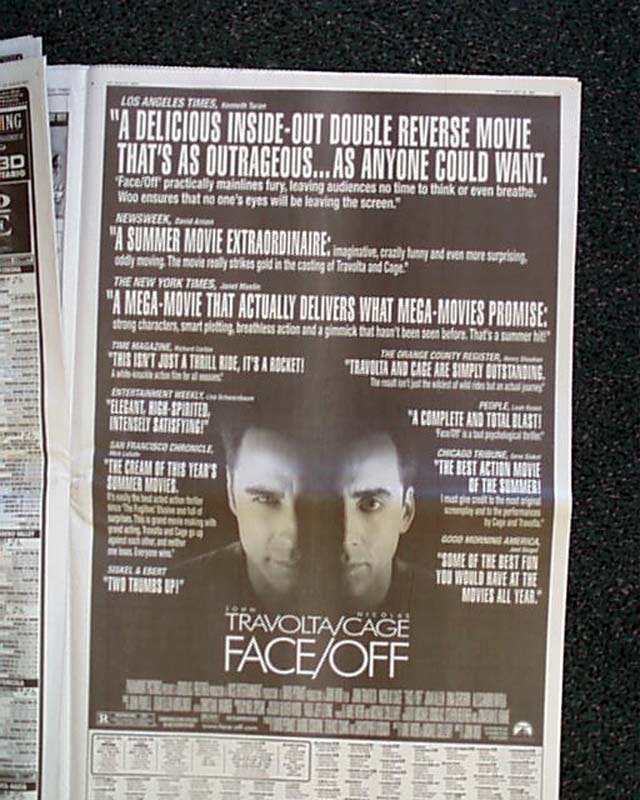 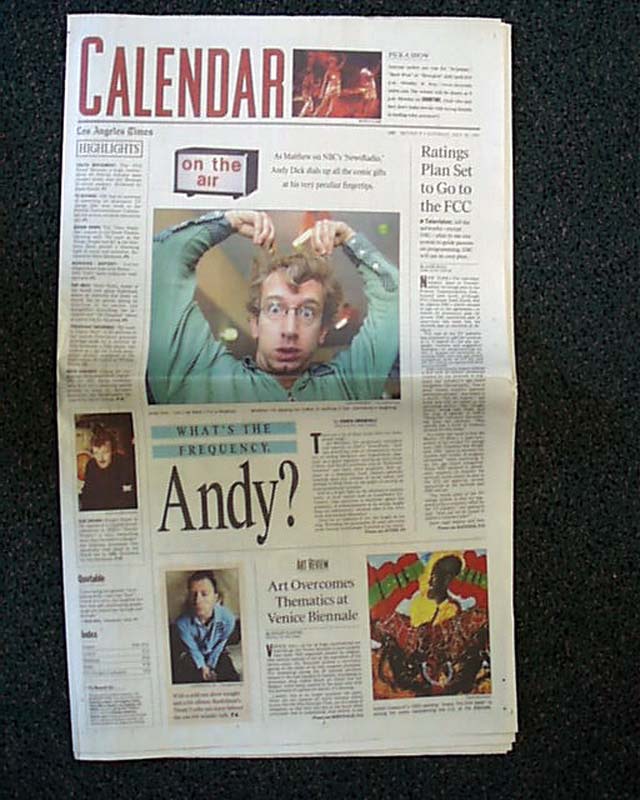