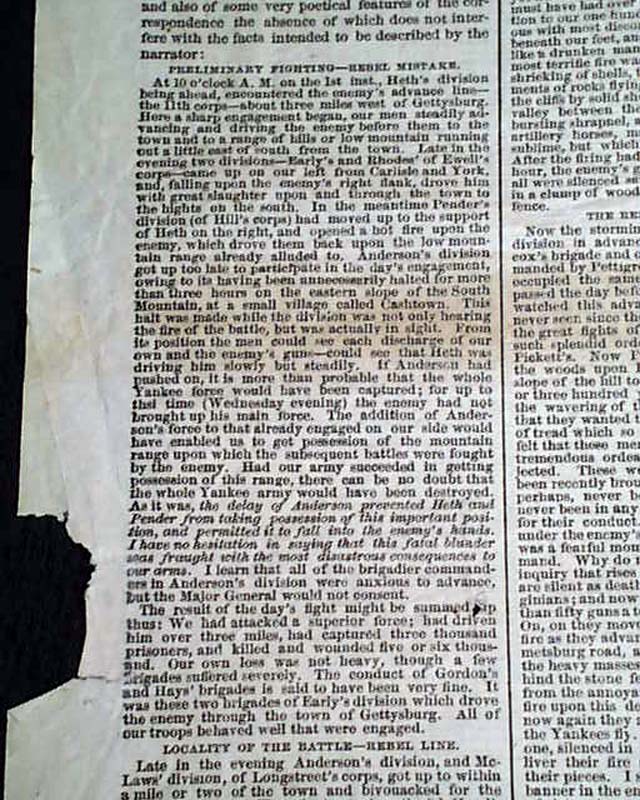 Page 2 begins with nearly two column headed: "Rebel Account of the Battle of Gettysburg" which offers an interesting perspective from the Confederate point of view. The subheads include: "Preliminary Fighting--Rebel Mistake" Fighting on the 2nd--Rebel Successes" "Why The Battle Was Lost" "A Georgian Brigade" "The Rebel Storming Party "General Anderson Held Responsible for the Rebel Defeat" "The Retreat To Virginia" and more. Tremendous detail.
Pg. 2 also has a small report: "The Dead At Gettysburg - No Disinterments Allowed For Two Months".
Four page, some small losses at the blank margins, some discrete archival mends inside, generally good condition. Large folio size so the folder noted is for the issue folded in half.

Booth is chased, shot, and killed...