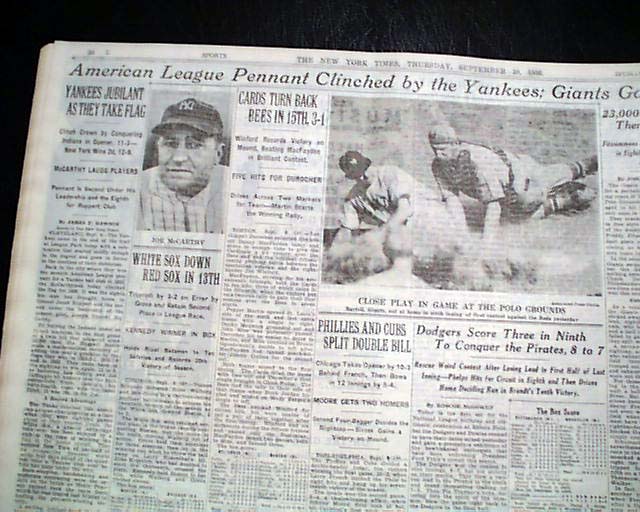 The sport's section (page 30) has a five column headline announcing: "American League Pennant Clinched by the Yankees" with subheads that include: "YANKEES JUBILANT AS THEY TAKE FLAG" and more with box scores and photo of Joe McCarthy. This the first pennant the Yankees won without Babe Ruth and the first with Joe DiMaggio. Yankees would go on and win the World Series as well. Great to have in this famous NYC title.
Other news, sports and advertisements of the day. Complete in 52 pages, this is the rare rag edition that was produced on very high quality newsprint, with a high percentage of cotton & linen content, allowing the issues to remain very white & sturdy into the present. Given the subscription cost, libraries & institutions rather than individuals were the primary subscribers of these high-quality editions. Very nice condition.

wikipedia notes: The New York Yankees' 1938 season was their 36th season. The team finished with a record of 99-53, winning their 10th pennant, finishing 9.5 games ahead of the Boston Red Sox. New York was managed by Joe McCarthy. The Yankees played their home games at Yankee Stadium. In the 1938 World Series, they beat the Chicago Cubs in 4 games. This marked the first time any team had won three consecutive World Series. 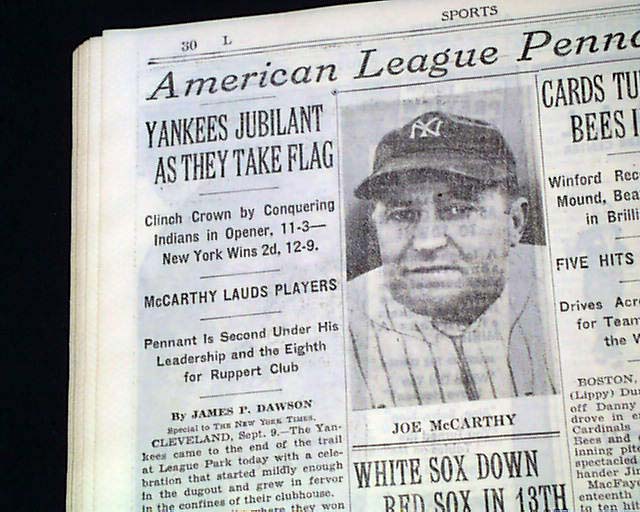 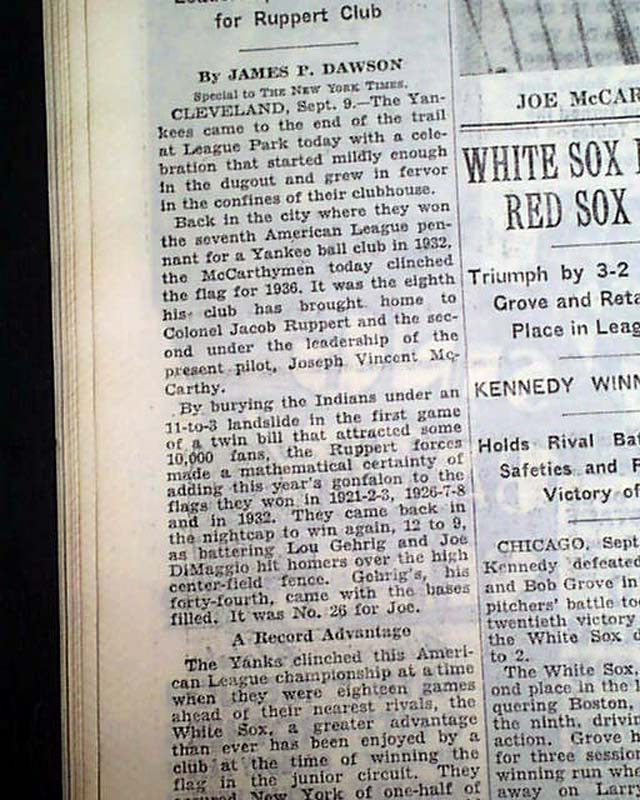 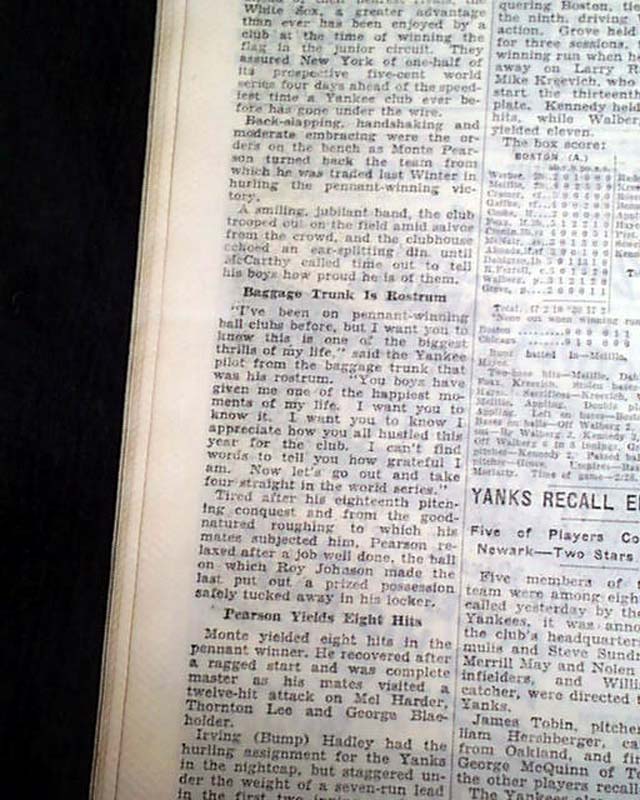 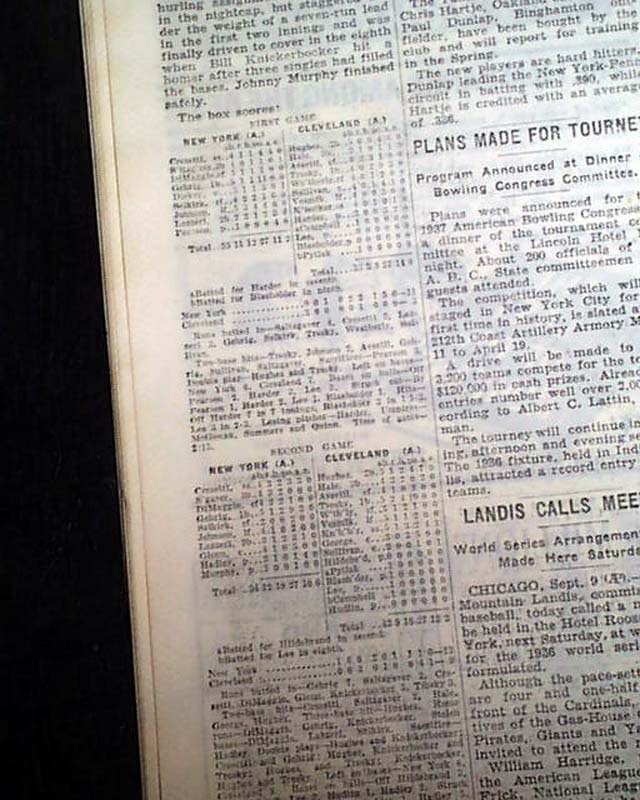 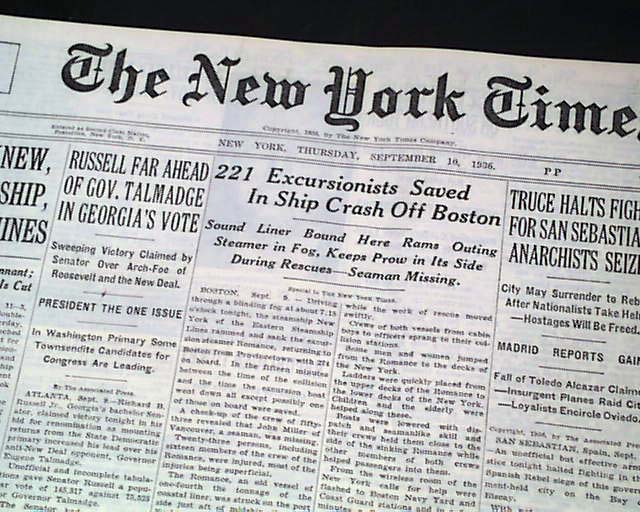 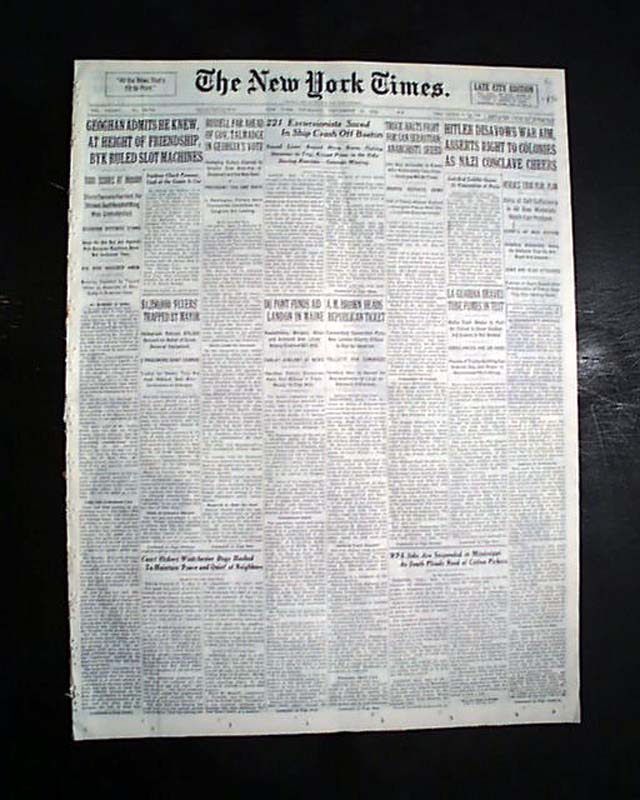