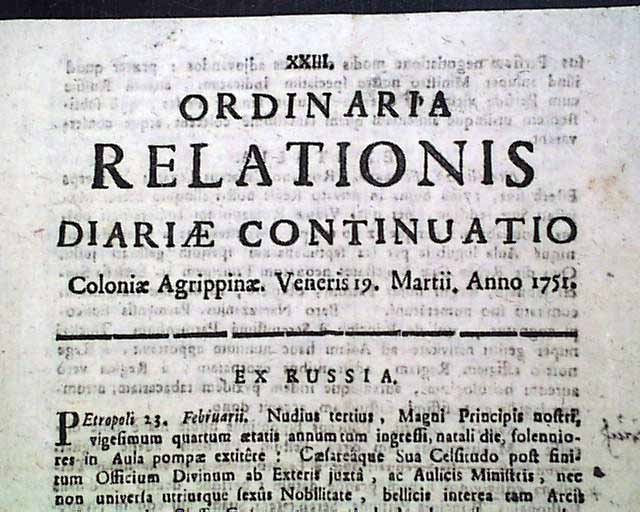 
ORDINARIA RELATIONIS DIARIE CONINUATIO, Colonie Agrippinea, March 19, 1751  In 50 A.D. Roman emperor Claudius planted a colony on the left bank of the Rhine River. At the request of his wife he named it "Colonia Agrippina", which later became Cologne, Germany.
All four pages appear to be in Latin. Never bound nor trimmed with wide margins, 6 1/4 by 7 1/4 inches, a few period notations mostly in in the wide margins, very nice condition.