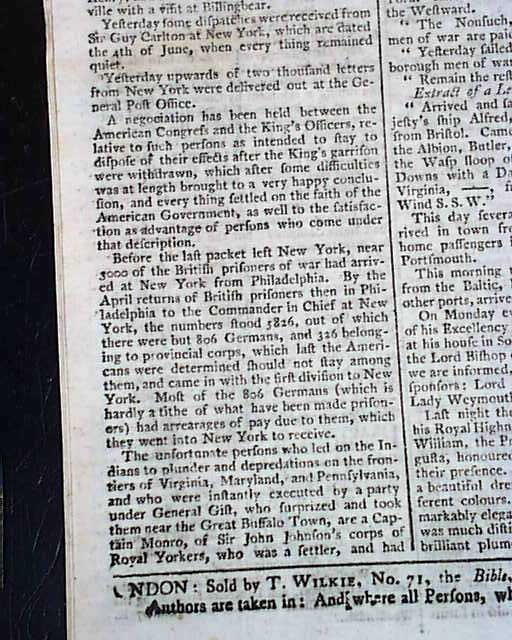 The back page has several items concerning prisoners from the war and an agreement made concerning Loyalists: "A negociation has been held between the American Congress & the King's officers relative to such persons as intended to stay, to dispose of their effects after the King's garrison were withdrawn..." Also: "...Left New York near 5000 of the British prisoners of war had arrived at New York from Philadelphia...the numbers stood 5826 out of which there were but 806 Germans, and 326 belonging to provincial corps which last the Americans were determined should not stay among them...". Also a report concerning: "The unfortunate persons who led on the Indians to plunder & depredations on the frontiers of Virginia, Maryland, and Pennsylvania...".
Eight pages, 8 1/4 by 11 inches, nice condition. 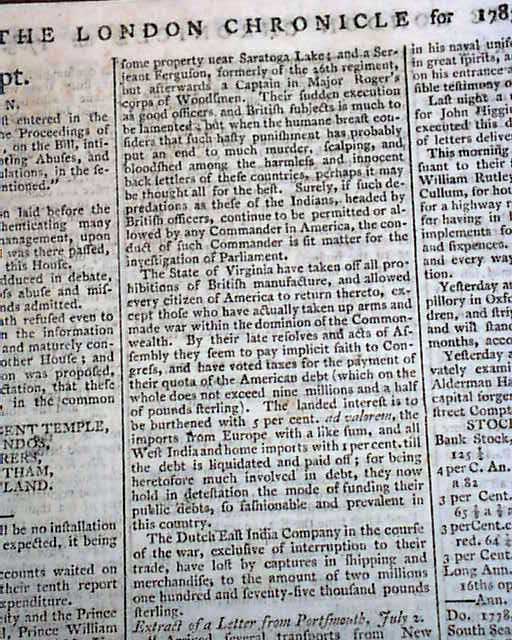 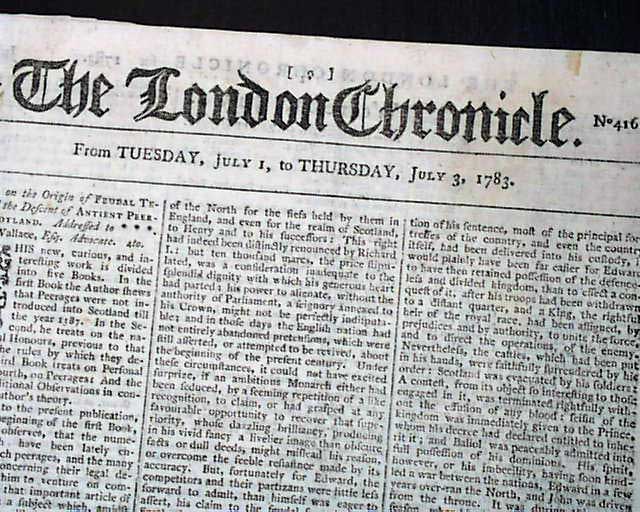 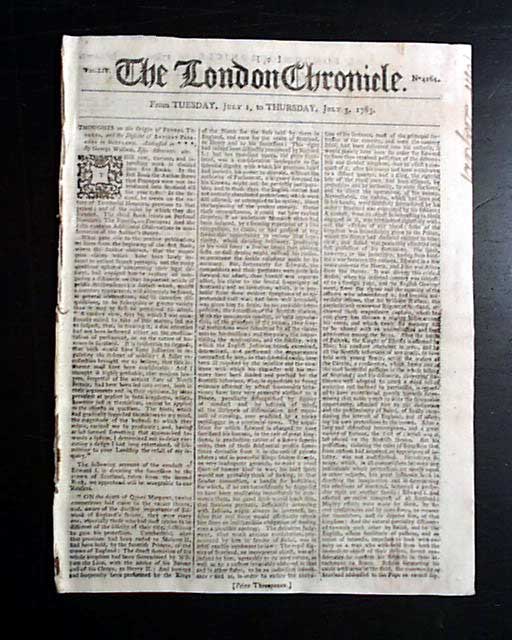