Home > Back to Search Results > Printed on a Southern plantation... Value of Southern women...
Click image to enlarge 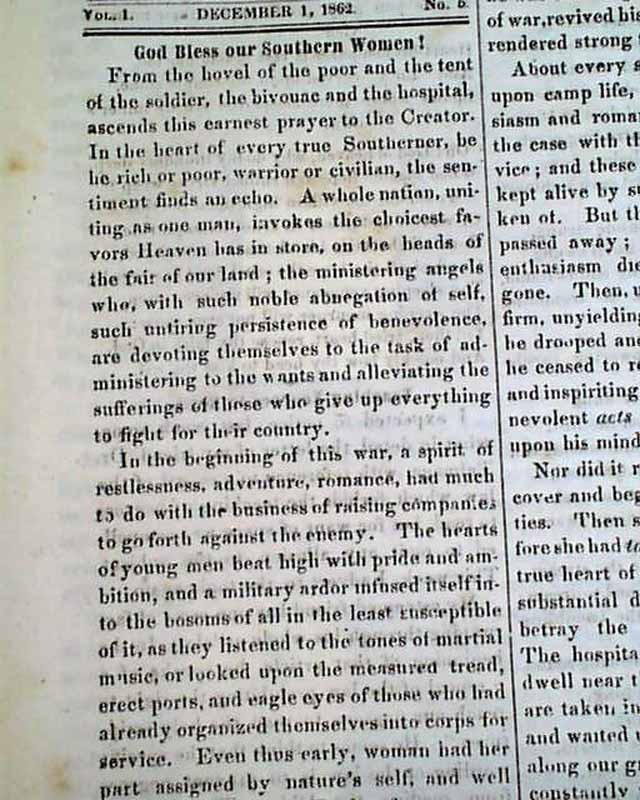 Printed on a Southern plantation... Value of Southern women...


THE COUNTRYMAN, Turnwold, Putnam County, Georgia, Dec. 1, 1862  Page 3 is a full page editorial: "God Bless our Southern Women!" which extols their virtues during the trying ties of the Civil War. A few bits including: "From the hovel of the poor and the tent of the soldier, the bivouac & the hospital, ascends this earnest prayer to the Creator...In the beginning of this war  spirit of restlessness, adventure, romance, had much to do with the business of raising companies to go forth against the enemy. The hearts of young men beat high with price & ambition..." and then telling of the work women are doing: "...All over the country woman is at work. She sows or knits, spins or weaves...God bless our Southern Women!..." and much more.
Also of interest is over a page on: "Teaching Negroes to Read", as well as a note signed in type: J. C. Harris, being Joel Chandler Harris (see below).
A fascinating little newspaper which perhaps is most famous for being the only newspaper published on a Southern plantation. It was published by Joseph A. Turner on his plantation named “Turnwold" some 9 miles from Eatonton. He used the “Countryman” to voice his pro-Confederate views as a staunch advocate of slavery.
Also of interest is the "printer' devil" (typesetter) for Mr. Turner was Joel Candler Harris who worked at Turnwold when he was 14 years old. Joel Chandler Harris went on to write the Uncle Remus, Brer Rabbit and Brer Fox stories based on the stories he heard told by the slaves at Turnwold Plantation during his time working for this newspaper.
This issue comes from the personal collection of Joel Chandler Harris handed down to his youngest daughter, Mildred Harris Camp, then to her granddaughter from whom we purchased the issue.
Of interest are two back page ads: One placed by J.A. Turner himself, seeking negro boys and/or men to hire, saying in part: "[They] must be intelligent, handy, trusty, and of good moral character. They will be well clothed, well fed, well sheltered, and worked moderately...", and the other being an ad for the "Sale Of Phoebe Walker's Negroes."
Complete in 8 pages, 8 3/4 by 11 1/2 inches, foxing & light damp staining, nice condition. 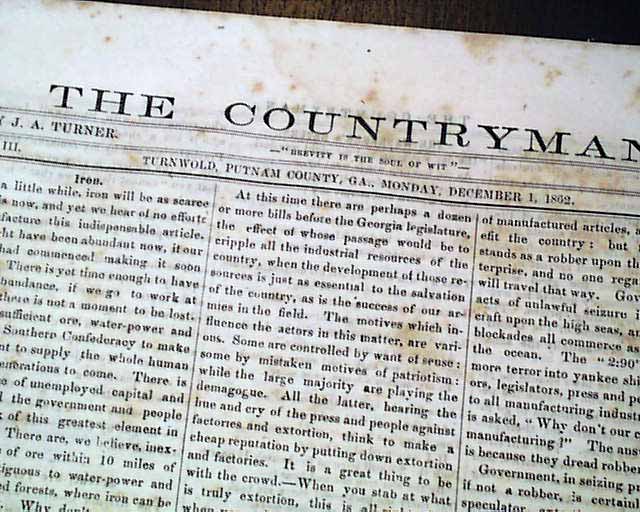 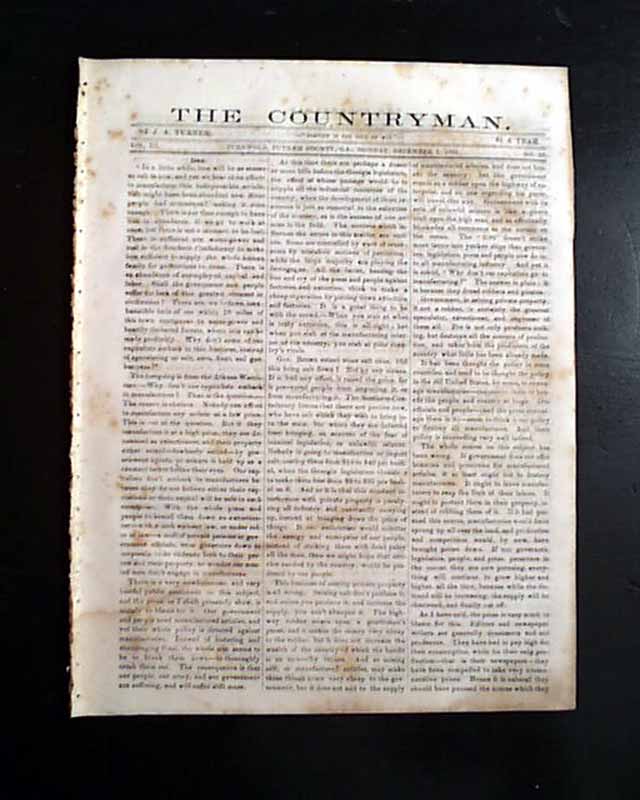 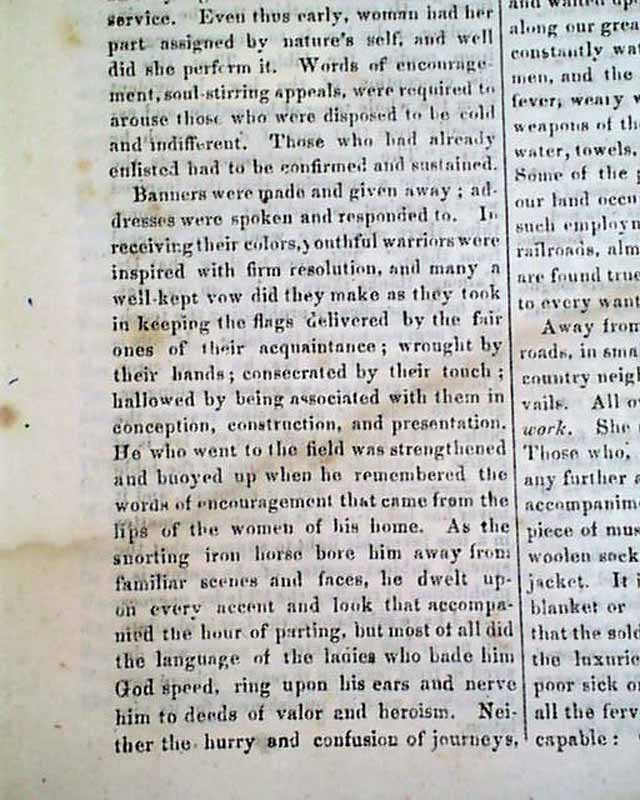 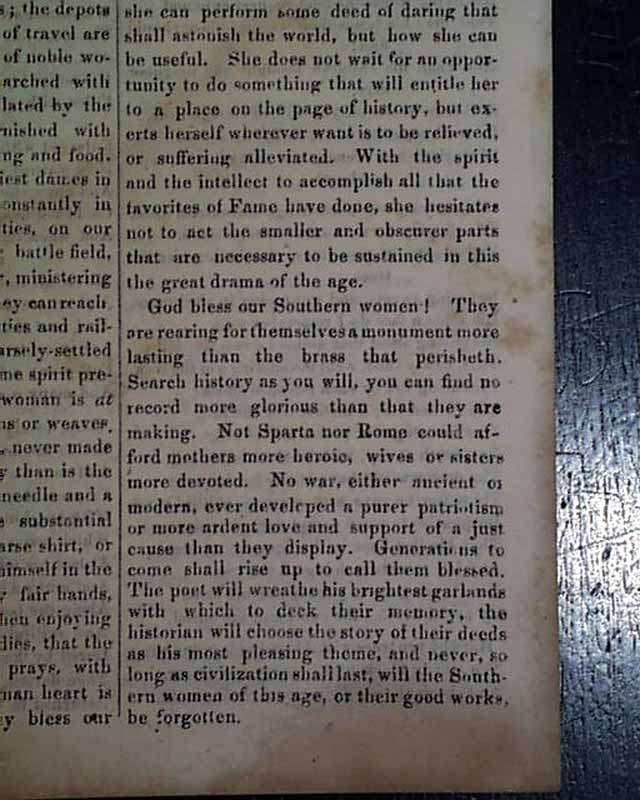 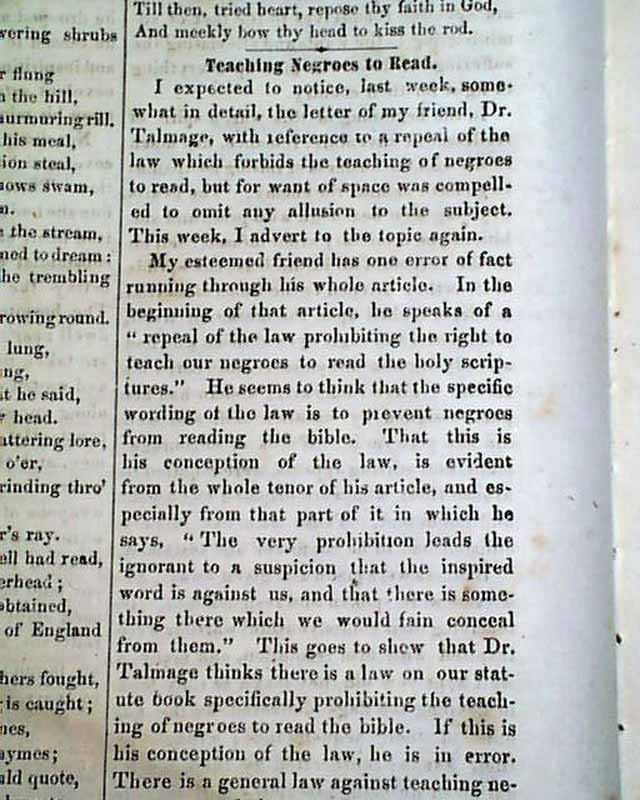 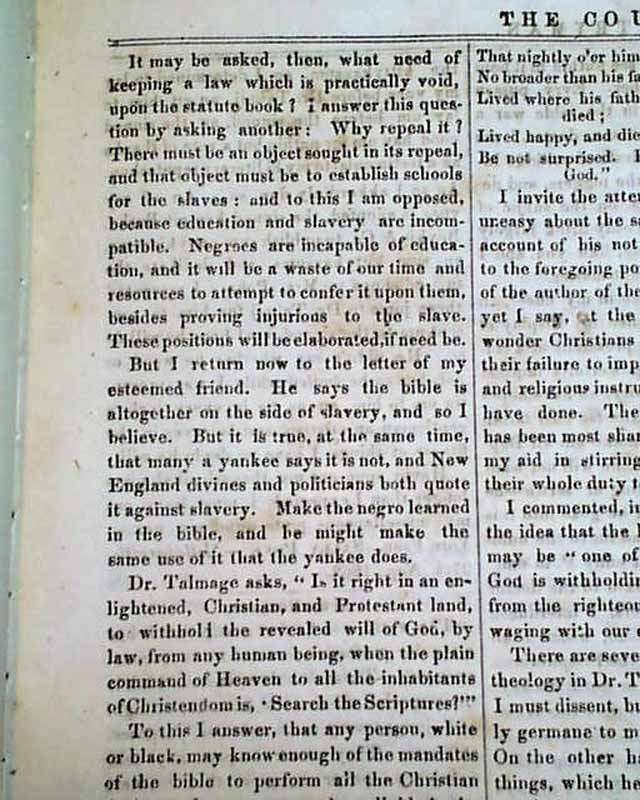 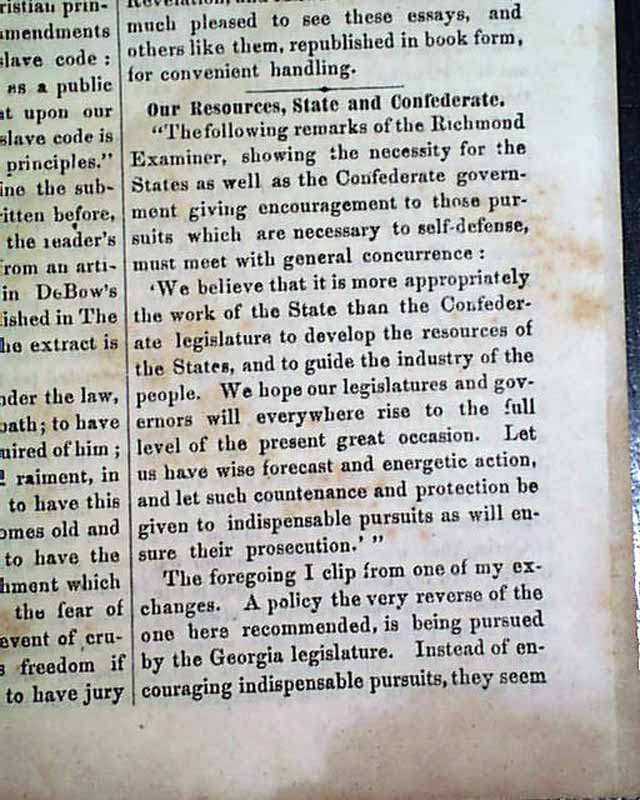 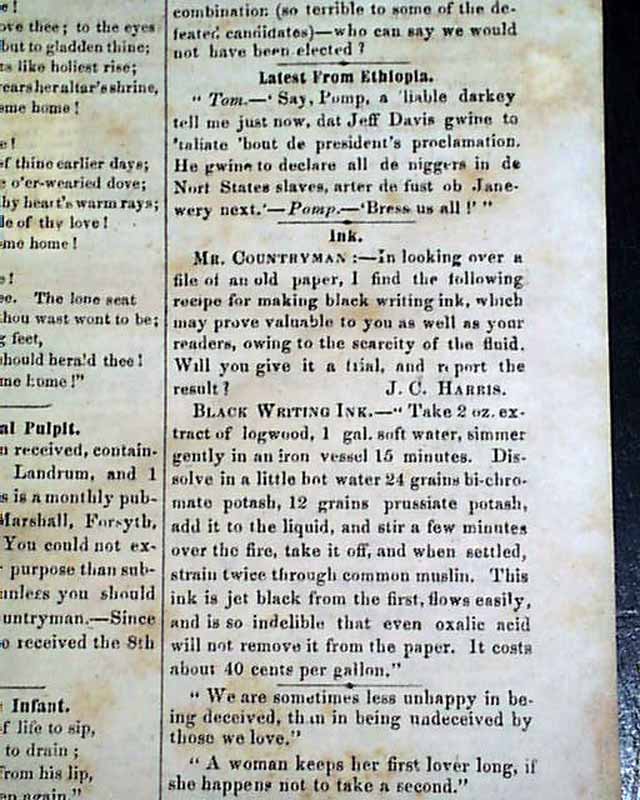 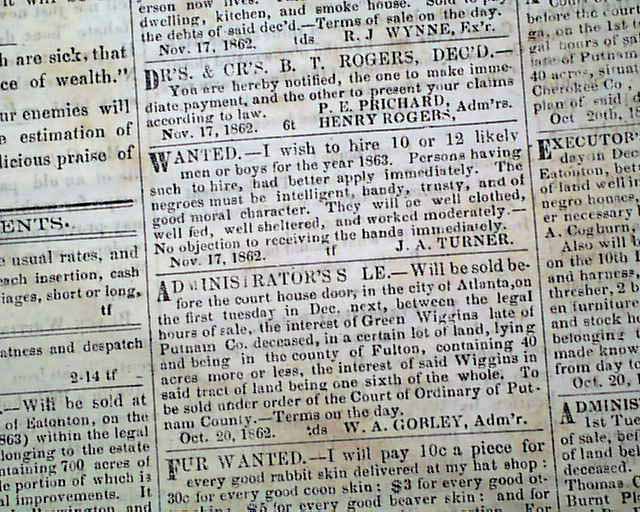 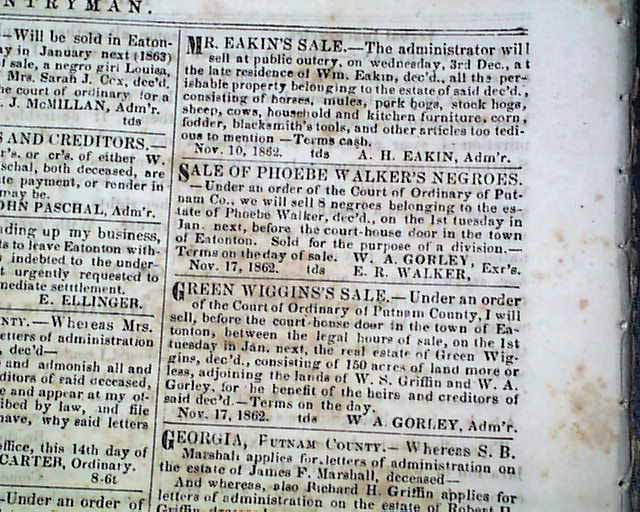