THE SUN, Baltimore, September 7, 1995  A very historic issue for the baseball collector, being the Baltimore newspaper reporting Cal Ripken's 2,131st consecutive game, breaking Lou Gehrig's record which stood for 56 years. Great headlines and photos of Ripken appear on both the front page and the 1st page of the Sports Section.
The issue is believed to be complete in multiple sections, but is being offered for the described content. Very nice condition. 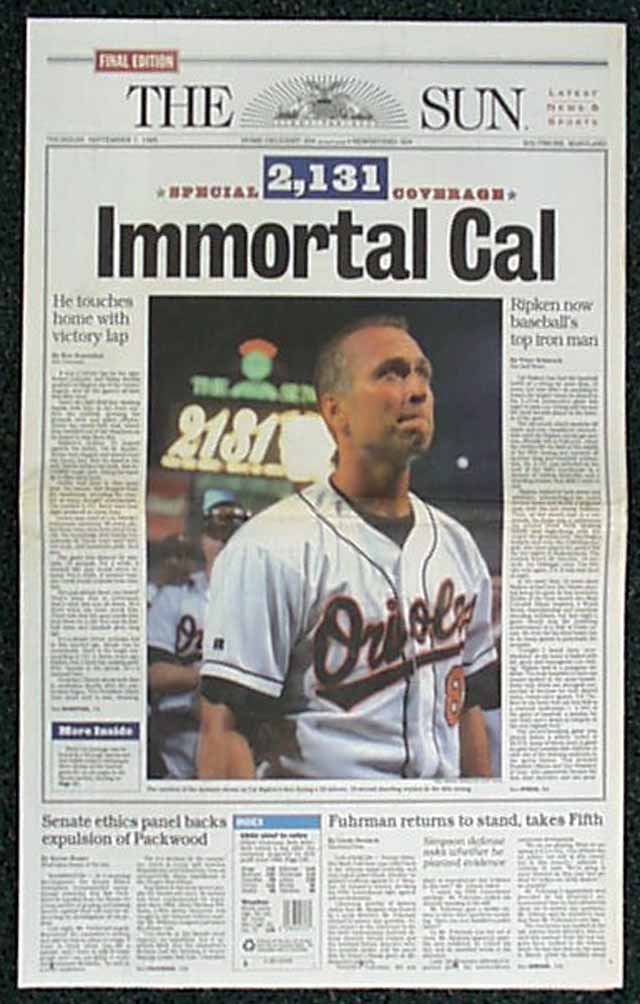 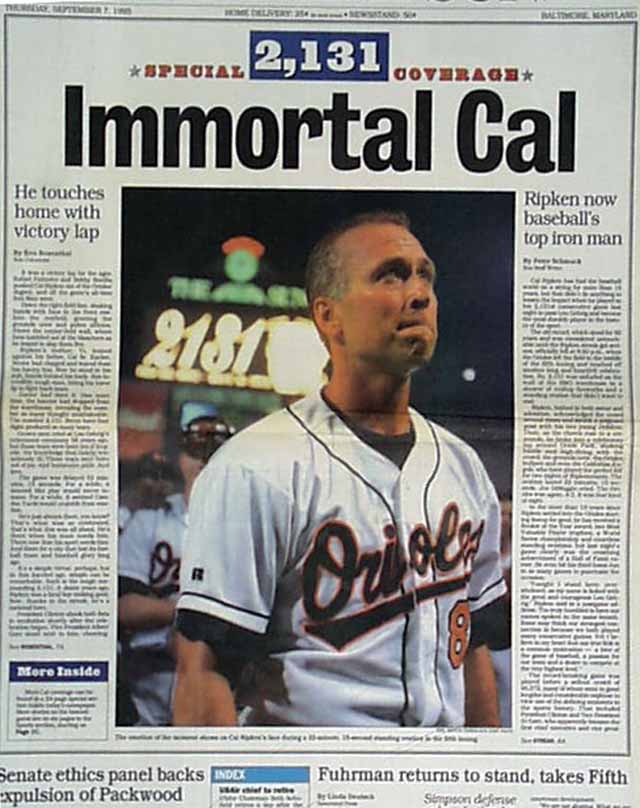 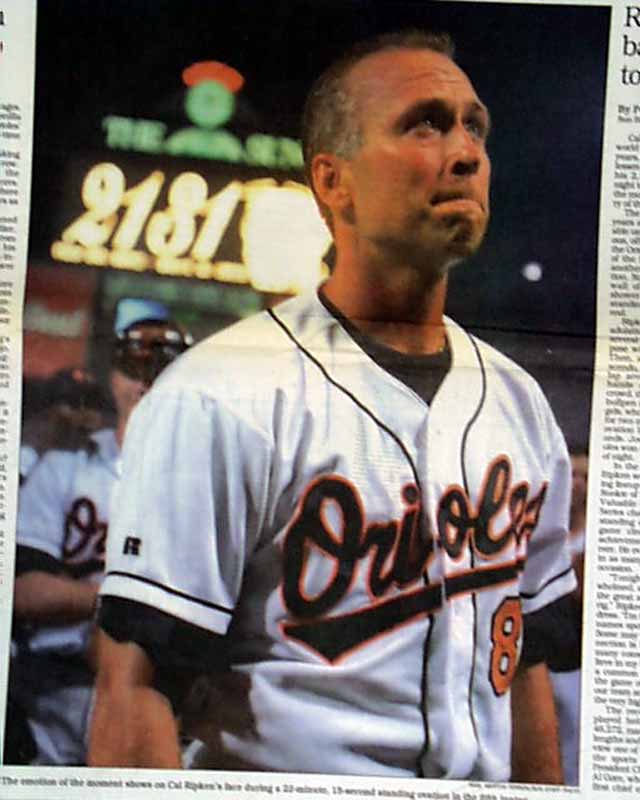 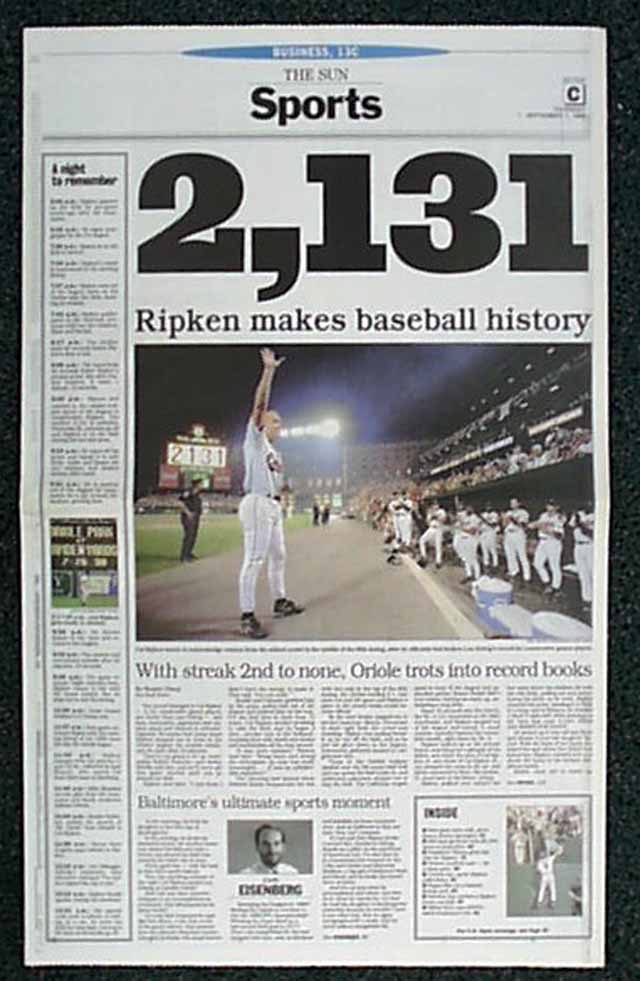 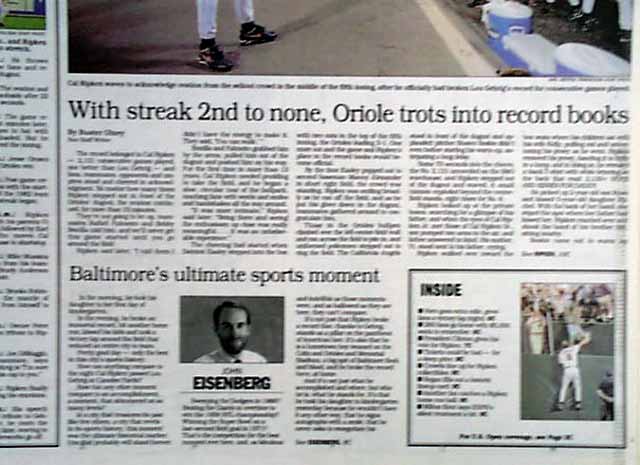 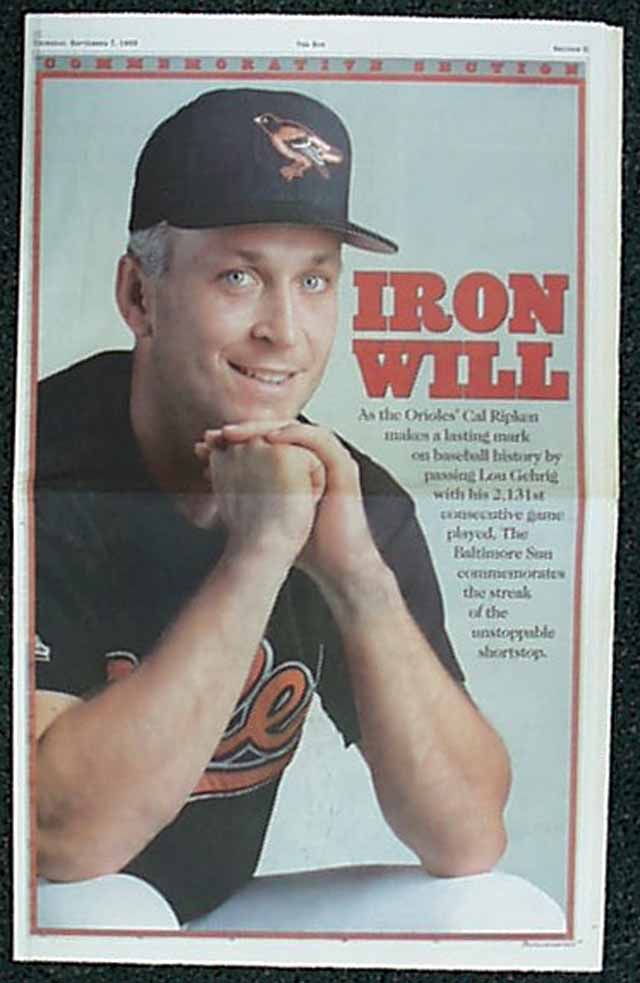 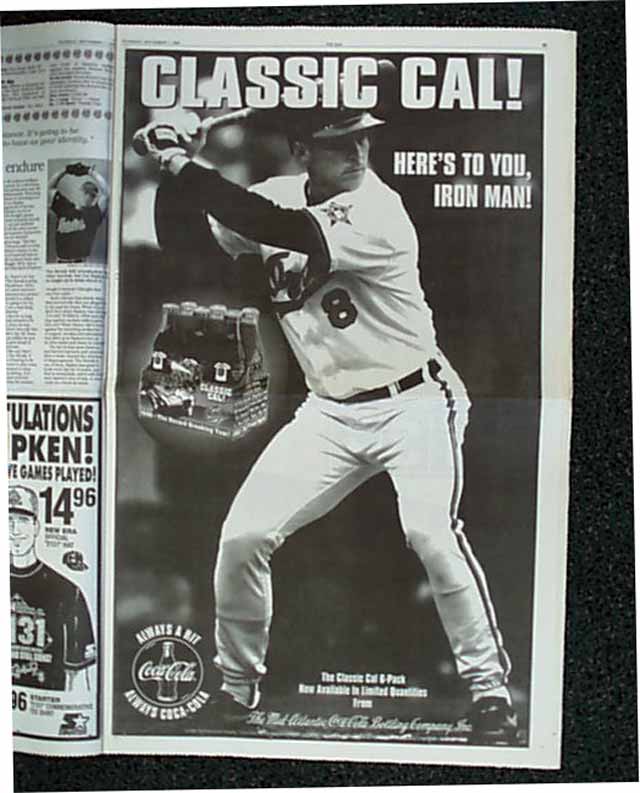