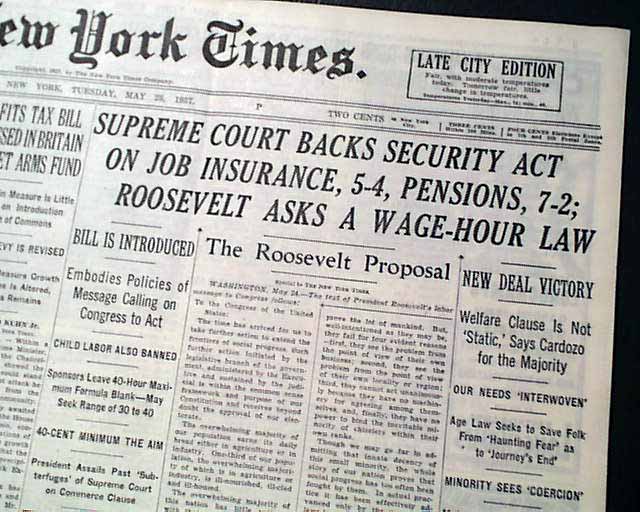 The top of the front page has a four column headline: "SUPREME COURT BACKS SECURITY ACT ON JOB INSURANCE, 5-4, PENSIONS, 7-2" with subheads. (see) Lengthy text continues inside. First report coverage on the Helvering v. Davis United States Supreme Court decision.
Other news, sports and advertisements of the day. Complete in 56 pages, this is the rare rag edition that was produced on very high quality newsprint, with a high percentage of cotton & linen content, allowing the issues to remain very white & sturdy into the present. Given the subscription cost, libraries & institutions rather than individuals were the primary subscribers of these high-quality editions. Nice condition.

wikipedia: Helvering v. Davis, 301 U.S. 619 (1937), was a decision by the United States Supreme Court, which held that Social Security was constitutionally permissible as an exercise of the federal power to spend for the general welfare, and did not contravene the 10th Amendment. The Court's 7-2 decision defended the constitutionality of the Social Security Act of 1935, requiring only that welfare spending be for the common benefit as distinguished from some mere local purpose. It affirmed a District Court decree that held that the tax upon employees was not properly at issue, and that the tax upon employers was constitutional. 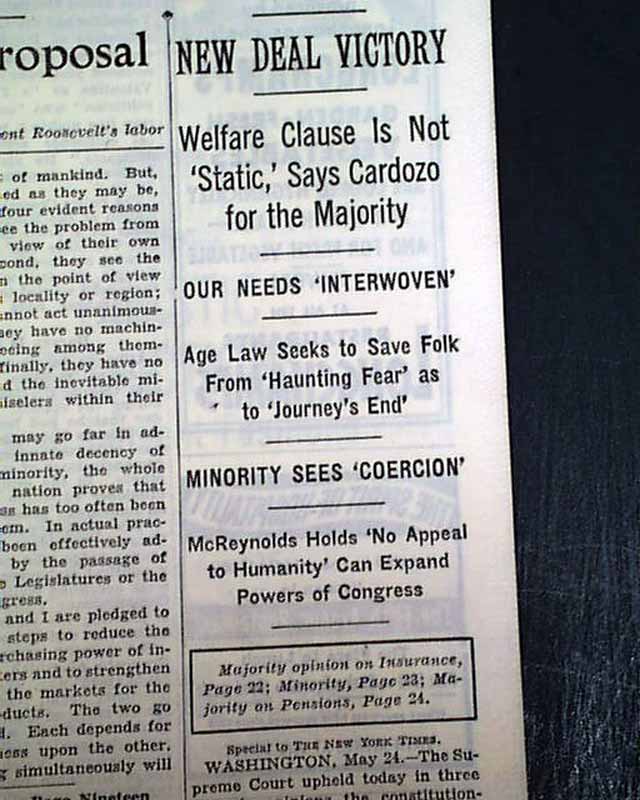 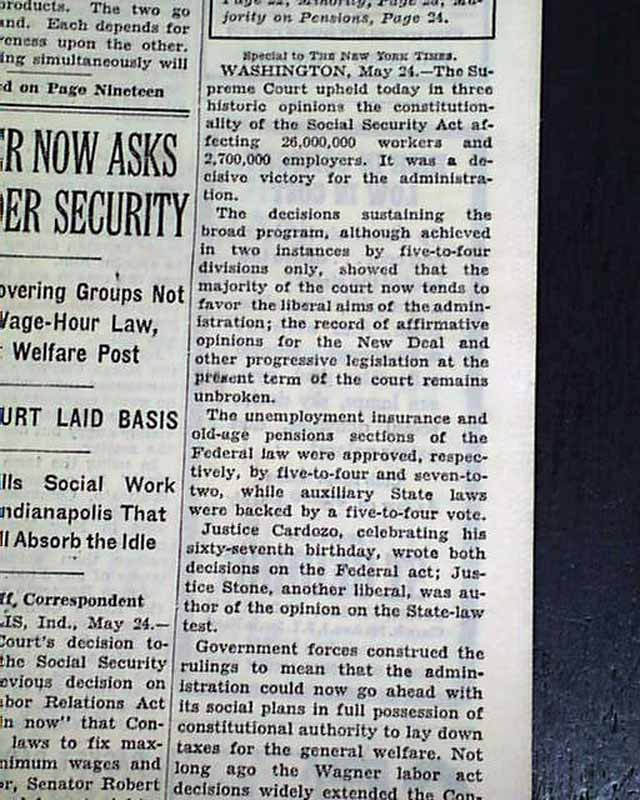 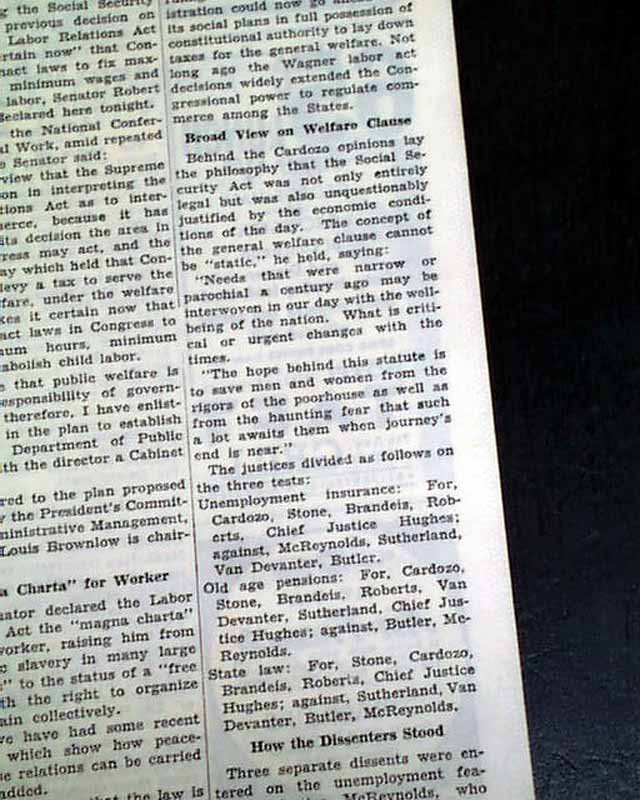 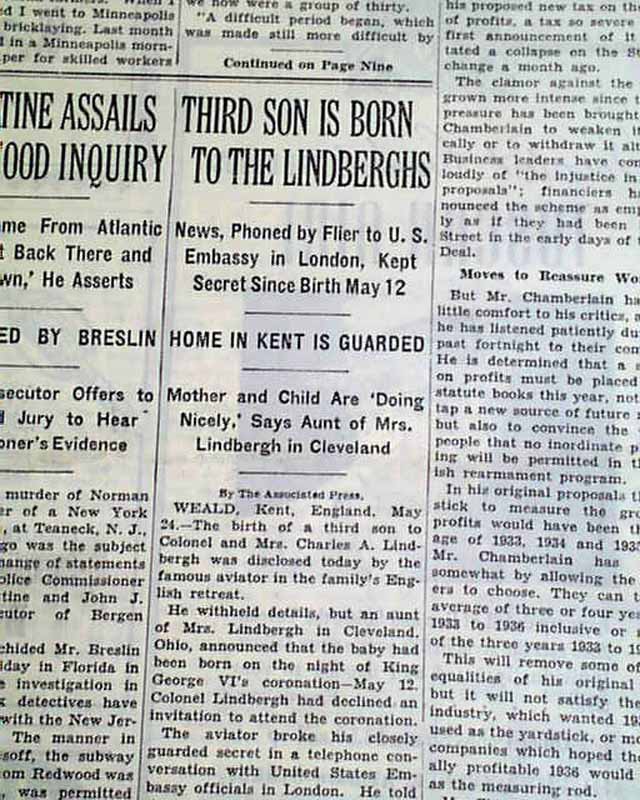 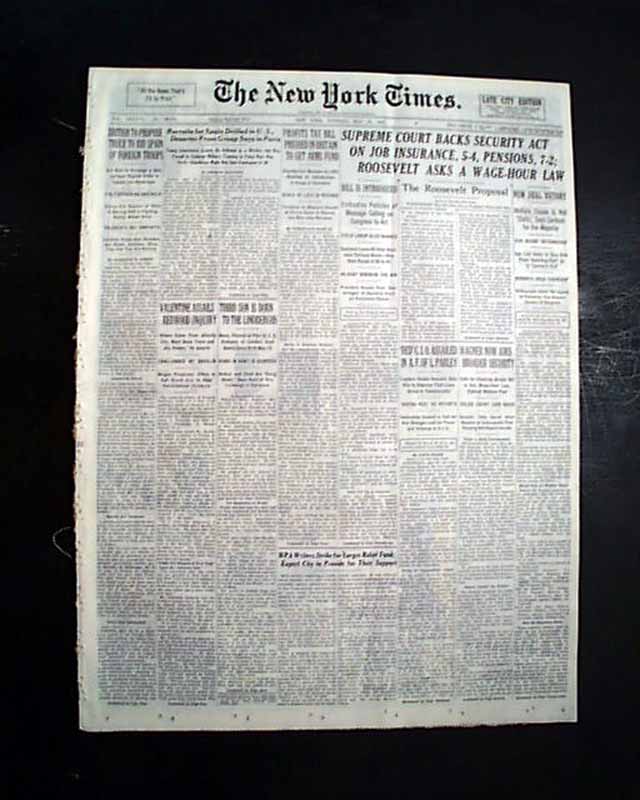 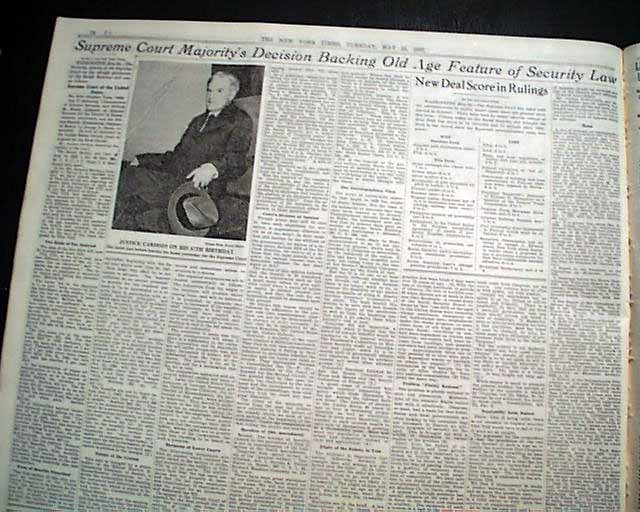 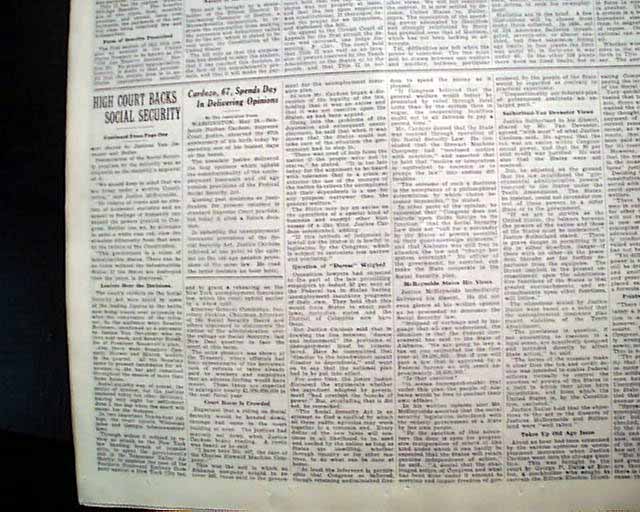