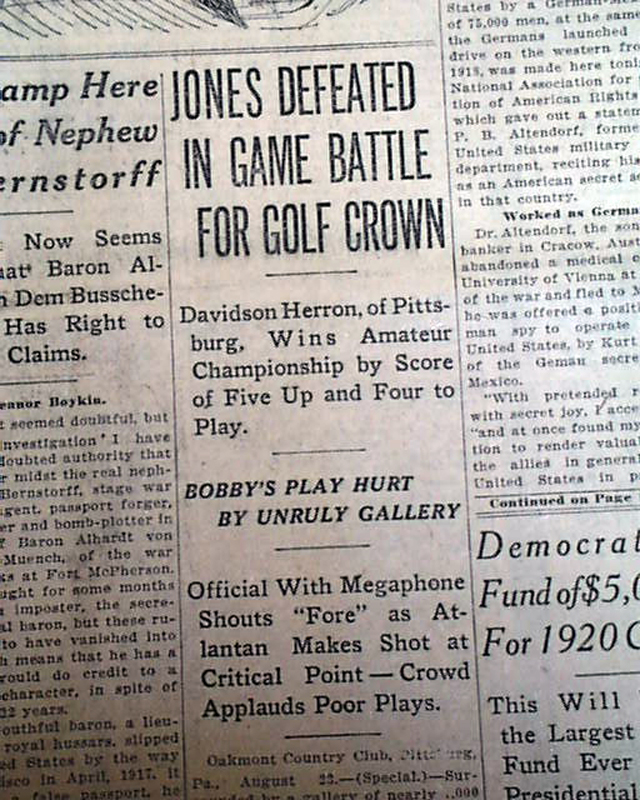 A front page one column head announces: "JONES DEFEATED IN GAME BATTLE FOR GOLF CROWN" "Davidson Herron, of Pittsburgh, Wins Amateur Championship..."Bobby's Play Hurt By Unruly Gallery" and more.
But the sports section has much better coverage with a banner head: "ATLANTA BOY IS 1919 RUNNER UP" with a quite large photo of Bobby Jones headed: "Fought Great Battle"
This reports a young Bobby Jones (17 years old at the time) playing in the U.S. Amateur championship at Oakmont Country Club near Pittsburgh. This would be the first time he was a major factor in the Amateurs as he would end up with the runner-up trophy.
Such coverage would likely only be in an Atlanta newspaper as Bobby Jones was an Atlanta resident.
The complete Sunday edition with  60+ pages, disbound, very nice condition. 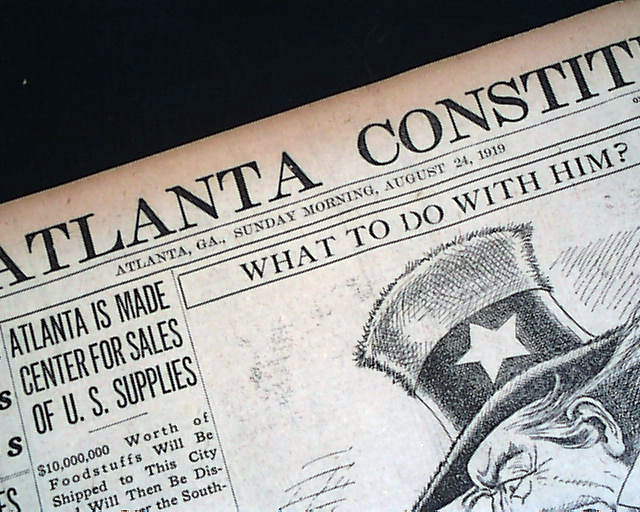 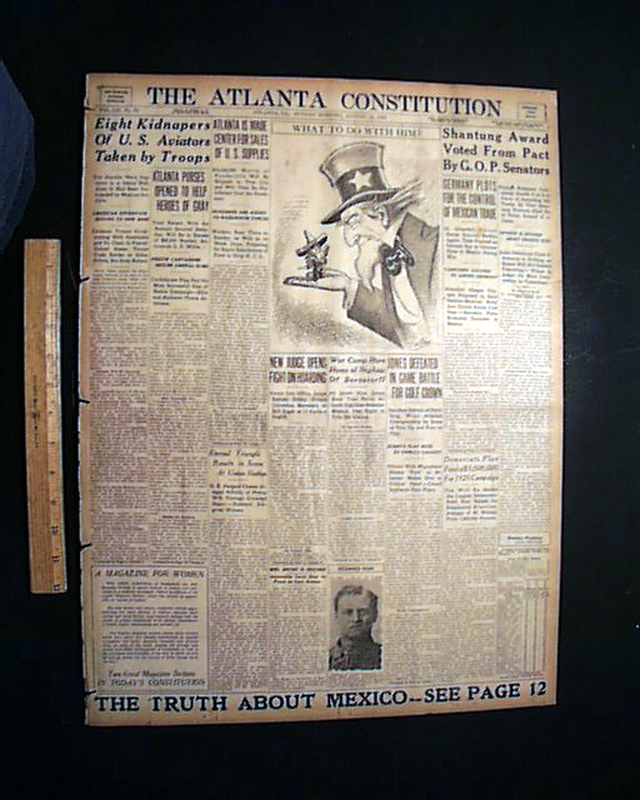 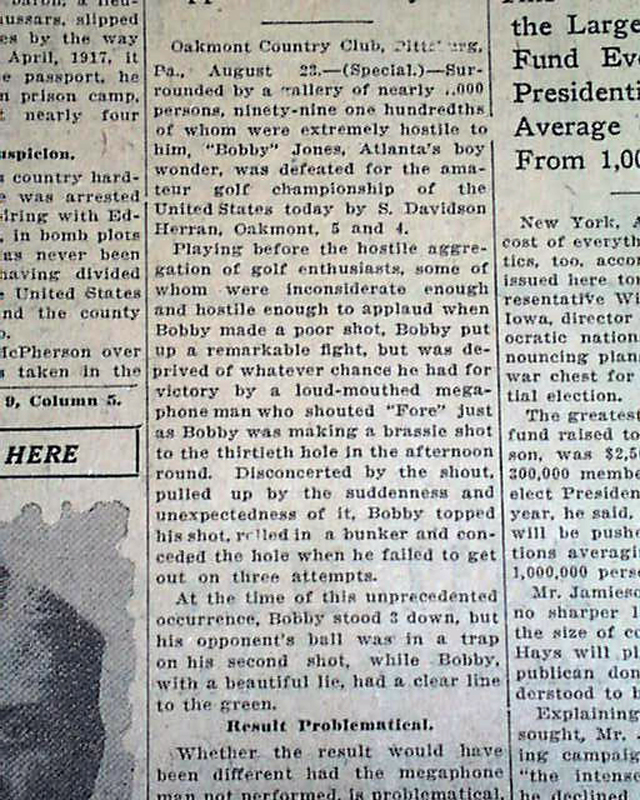 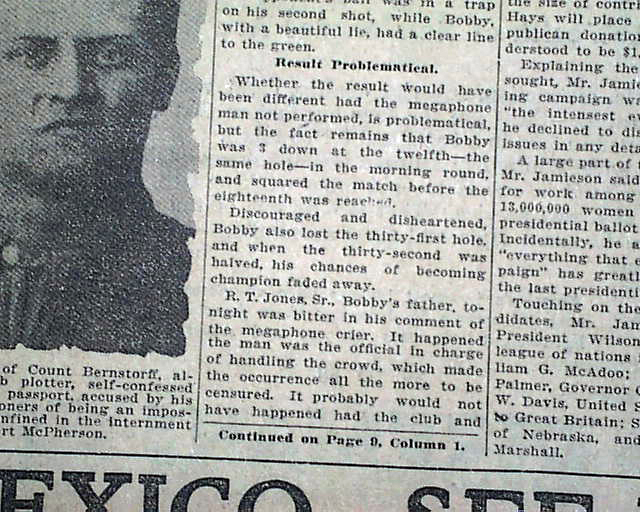 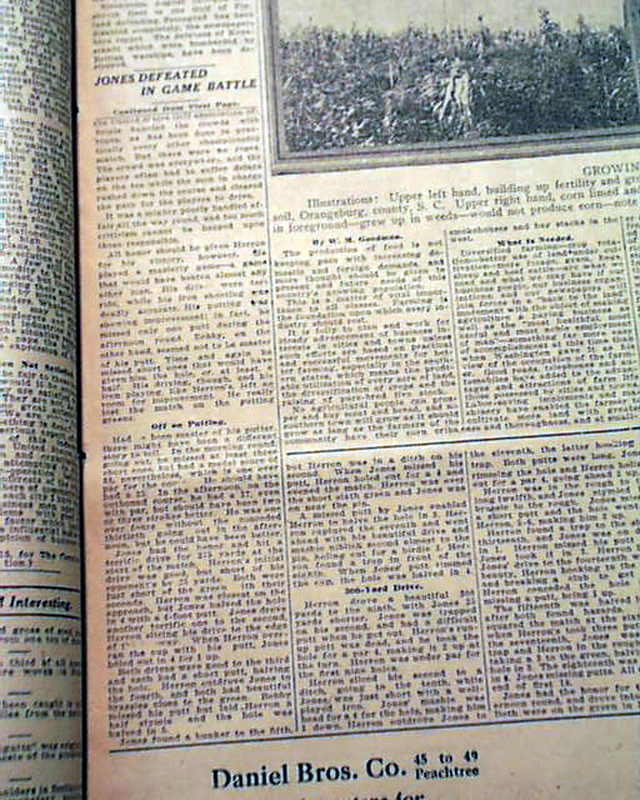 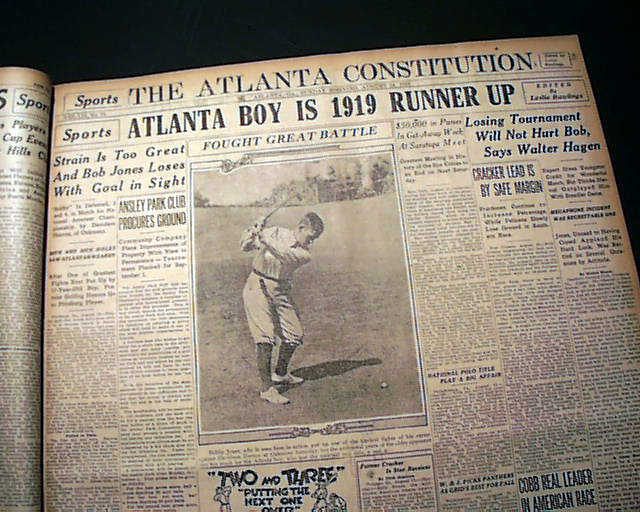 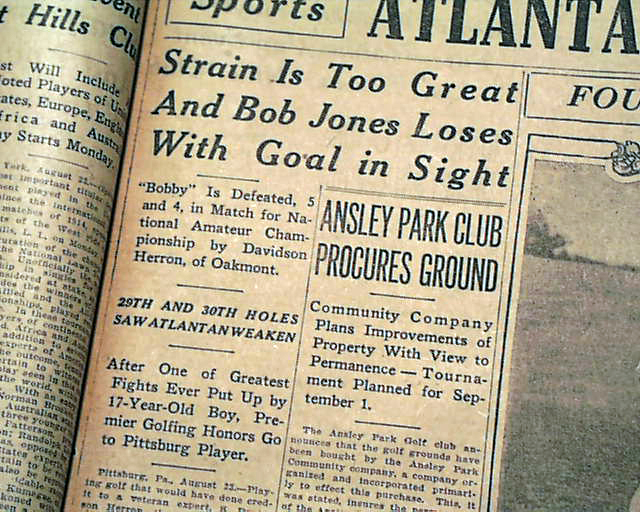 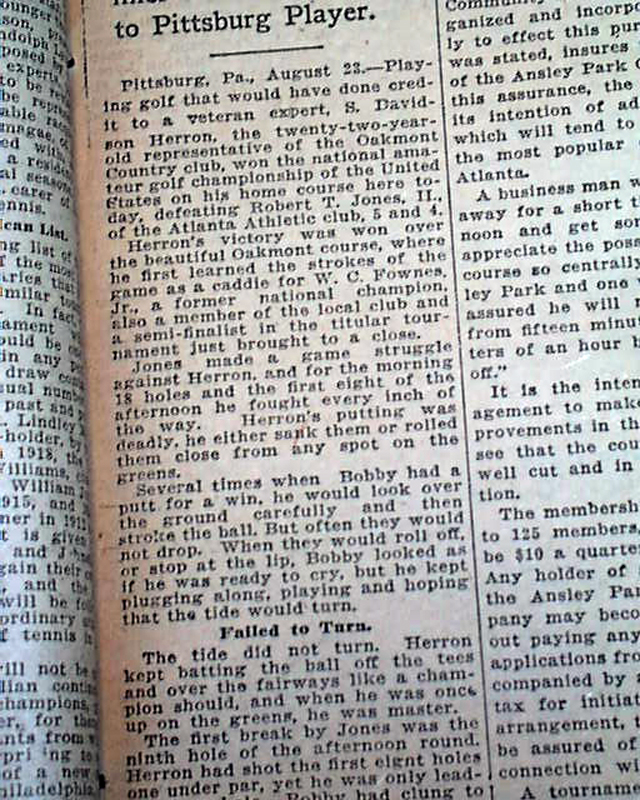 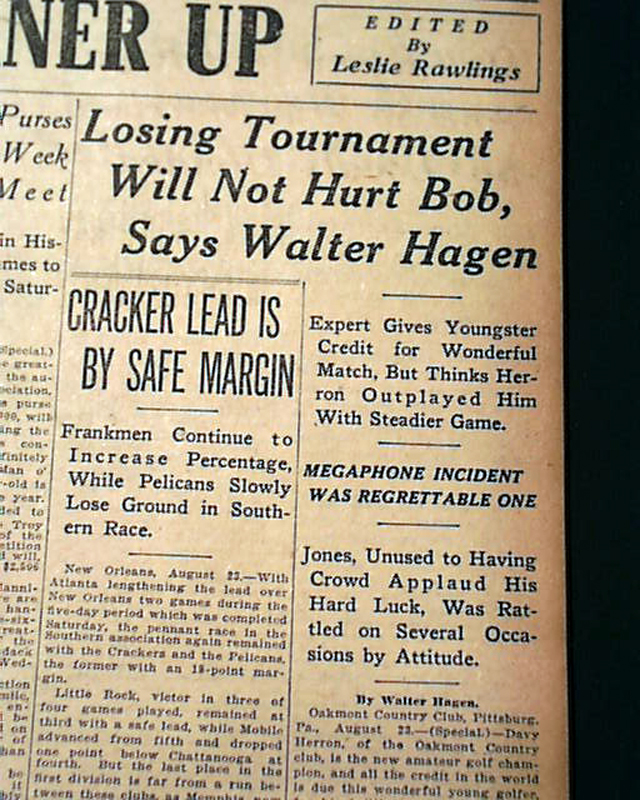 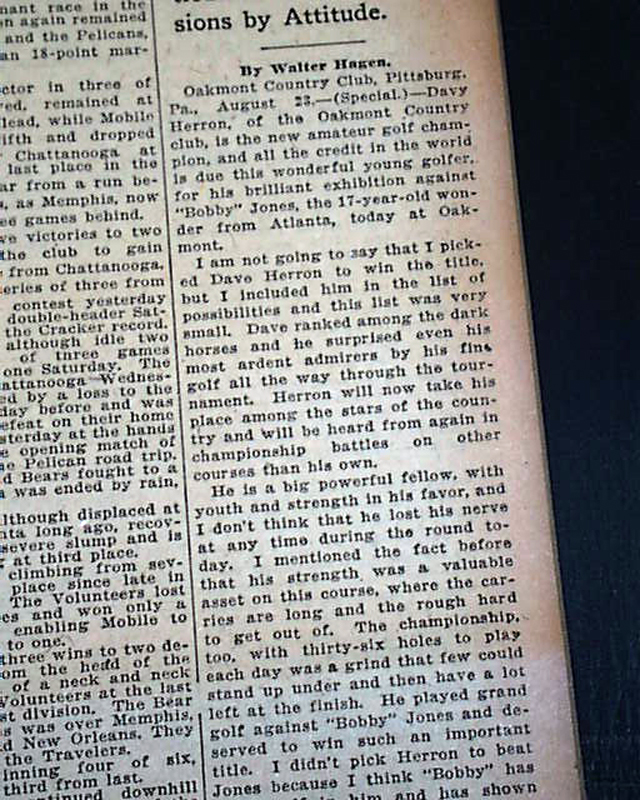 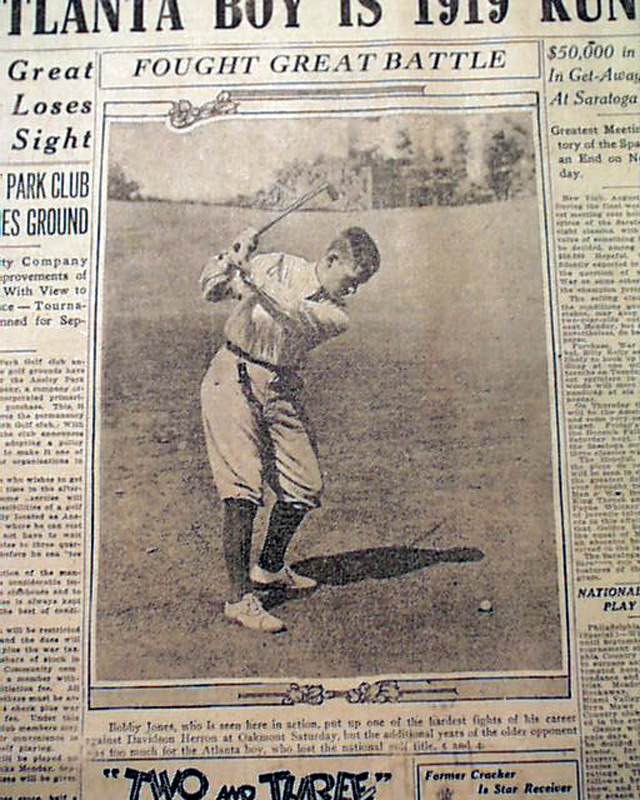