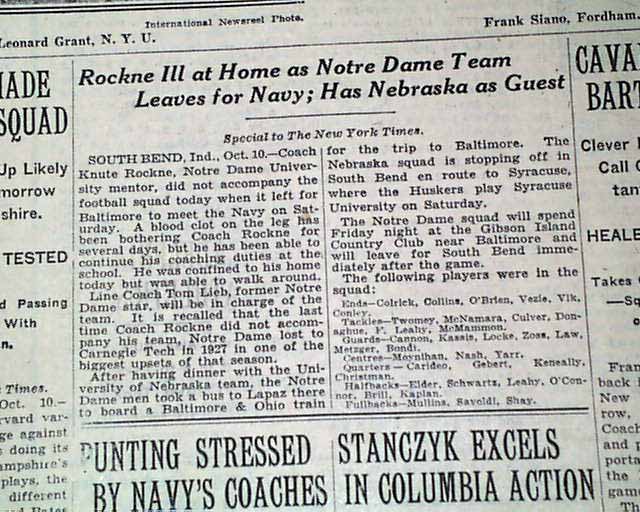 The sport's section page 39 has a two column heading: "Rockne Ill at Home as Notre Dame Team Leaves for Navy; Has Nebraska as Guest". Was this the beginning of his leg problem which lead to him coaching his final year in a wheel chair ?
Other news, sports and advertisements of the day with much on the current World Series games between the Chicago Cubs and Philadelphia Athletics. Complete in 64 pages, a little irregular along the spine, nice condition.