Home > Back to Search Results > Victory over the Creek Indians... Battle of Lake Erie...
Click image to enlarge 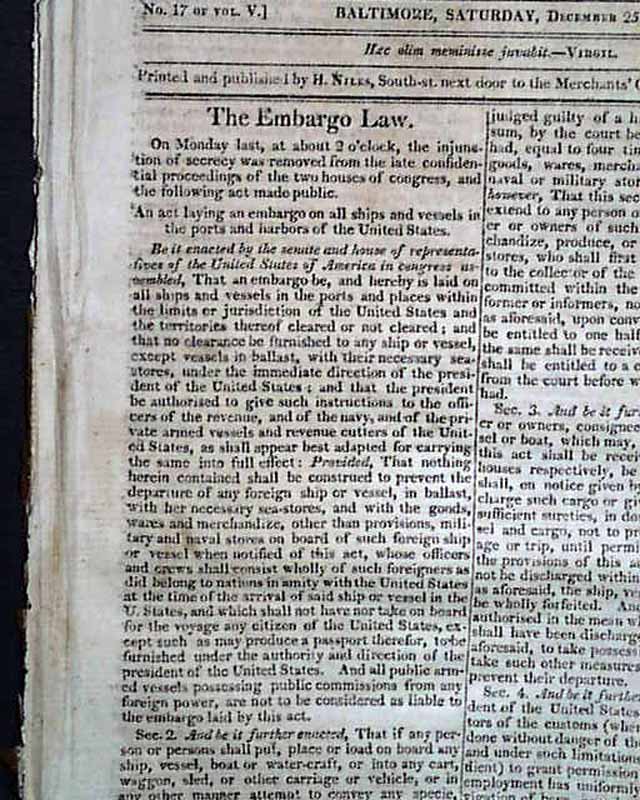 Victory over the Creek Indians... Battle of Lake Erie...


THE WEEKLY REGISTER, Baltimore, Dec. 25, 1813  The issue begins with: "The Embargo Law" which takes 3 pages. Also inside: "Female Heroism". Seven pages are taken up with: "Events of the War" which has a great wealth of content on the War of 1812. Among the reports & subheads here are: "Military--Wilkinson's Army" "The Southern Indians" "Bounty on Maritime Prisoners of War" "Third Victory Over the Creeks"; a lengthy letter form Sackett's Harbor; "British Official Notice of the Defeat of  Their Fleet on Lake Erie & of Gen. Proctor" "Naval", and so much more.
Complete in 16 pages, 6 1/4 by 9 1/2 inches, very nice condition.