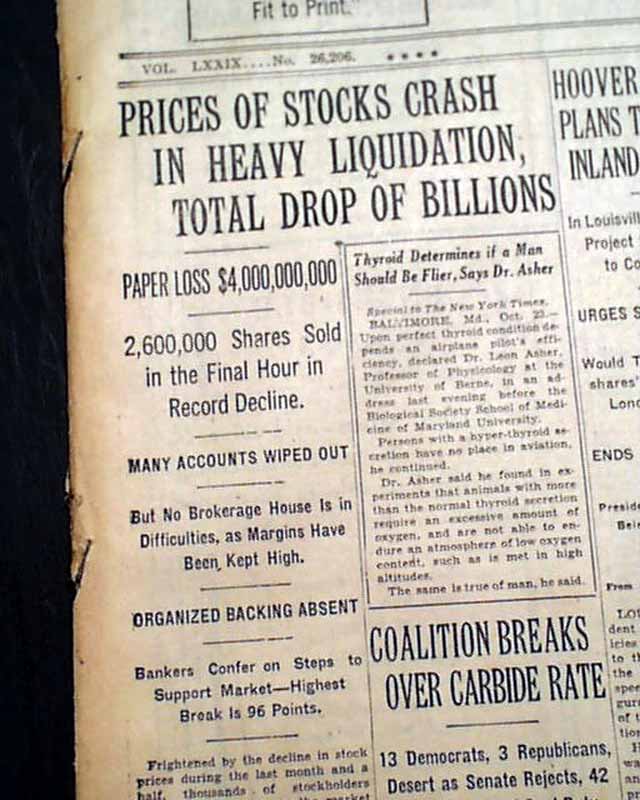 Of the several dates of the prestigious "Times" which reported the Stock Market Crash in late October this was the very first.  The top of columns 1 & 2 on the front page have a 3 line head reading: "PRICES OF STOCKS CRASH IN HEAVY LIQUIDATION, TOTAL DROP OF BILLIONS" with related subheads: "Paper Loss $4,000,000,000" "2,600,000 Share Sold in the Final Hour in Record Decline" "Many Accounts Wiped Out" and more as seen in the photos.
Reports carry over to page 2 where one column heads include: "Says Stock Slump Is Only Temporary" and "Prices Of Stocks Crash Heavily".
Of the thousands of newspapers in print in the United States in 1929, the "New York Times" would rank among the most desired in reporting not just this 1929 crash, but any historic financial report as Wall Street was located in New York City. Particularly desired is the word "Crash", which rarely appeared in newspaper reports of this event.
Page 2 has a very curious article with column heads: "Says Stock Slump Is Only Temporary" "Professor Fisher Tells Capital Bankers Market Rise Since War Has Been Justified "Public Speculative Mania, He Declares, is Lease Important Cause of Price Inflation".
Complete in  60 pages, disbound, and is in great condition
A rare opportunity for a very desired newspaper. 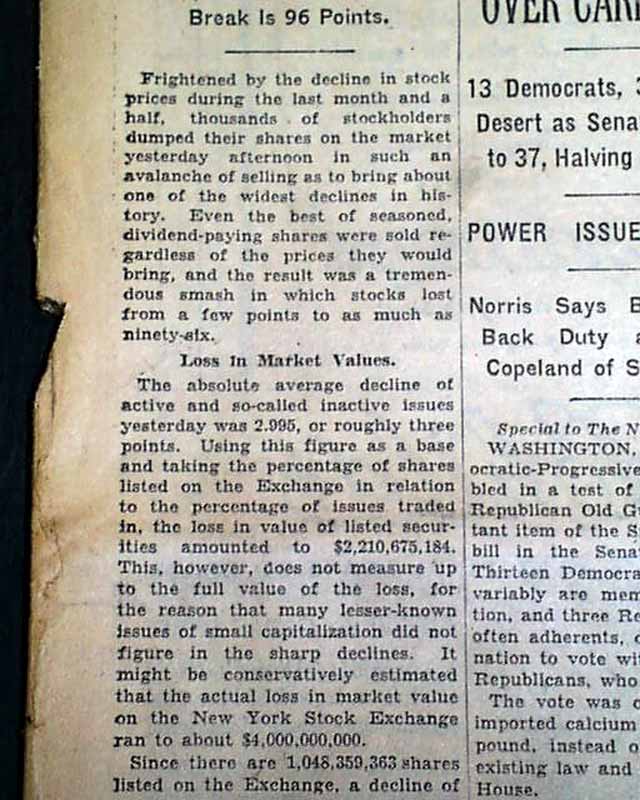 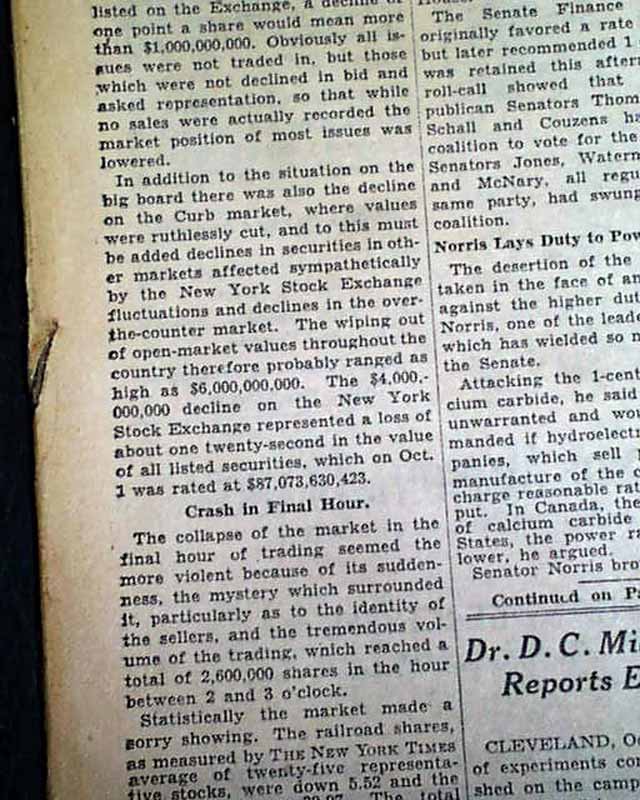 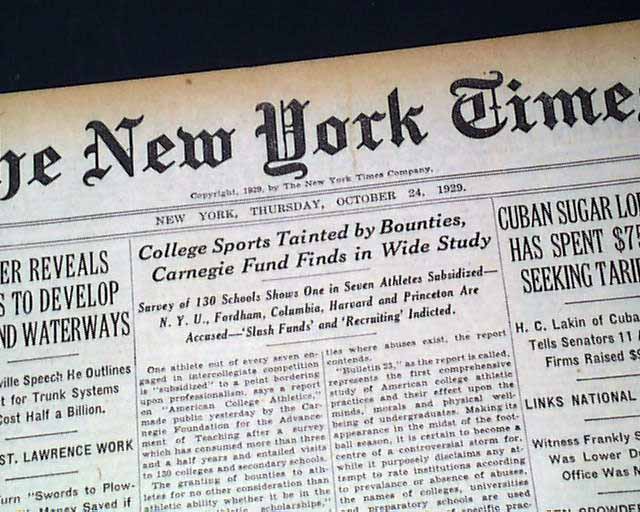 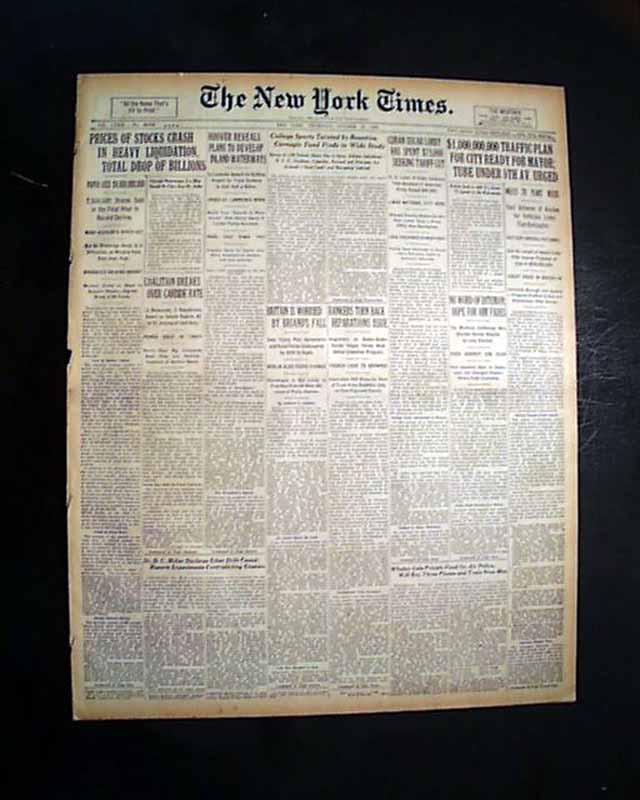 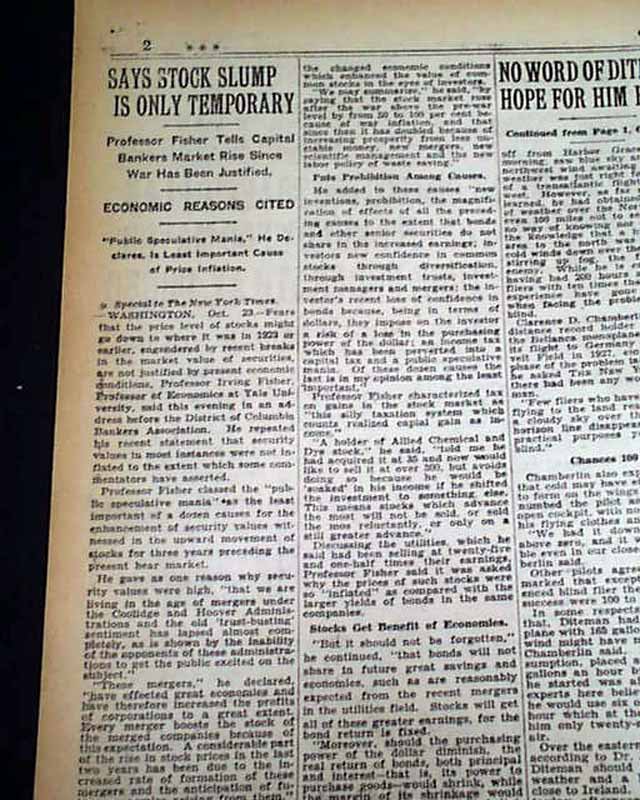 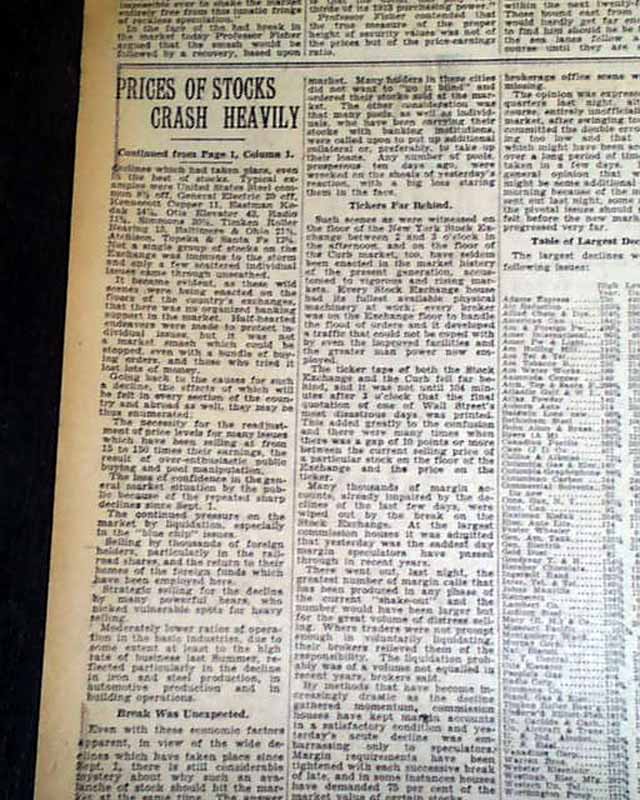 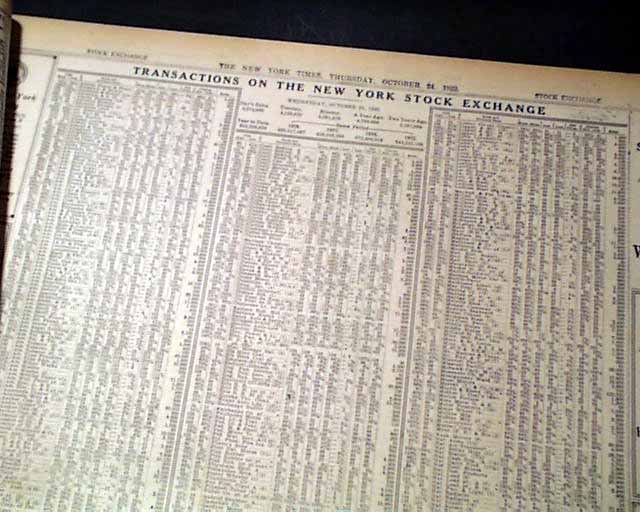