Home > Back to Search Results > From the middle of the Revolutionary War...
Click image to enlarge 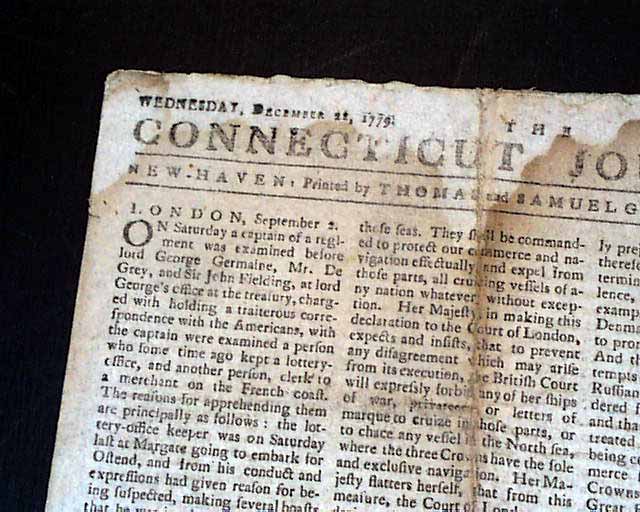 From the middle of the Revolutionary War...

The ftpg. has a report from London which includes: "...a captain of a regiment was examined...charged with holding a traitorous correspondence with the Americans...".
Page 2 has an item noting: "...have an account from New York that 4000 troops lately embarked there, a second time, & were upon the point of sailing for Carolina or Georgia...". Page 3 has a brief item: "...that part of our prisoners in Canada are lately sent off, 'tis said to England; those remaining officers & soldiers are ordered to close confinement. Our enemies begin to doubt the fidelity of the Canadians."
The back page has two items from Congress. Four pages, never bound nor trimmed, light water staining throughout causing no loss of readability, mild wear to the ftpg. folds.