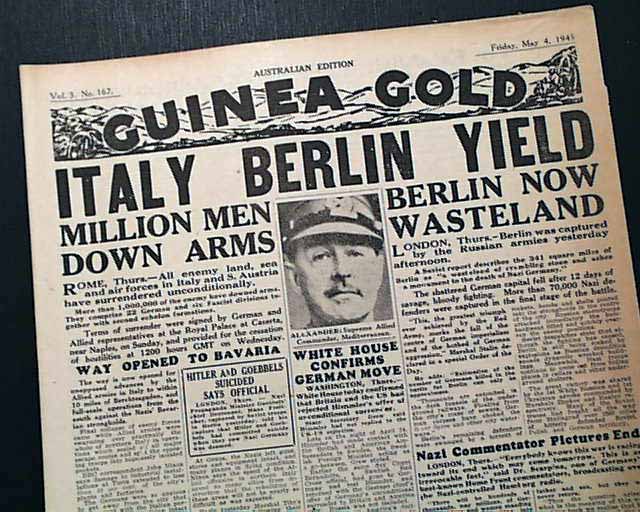 GUINEA GOLD, "Australian Edition", May 4, 1945  On November 19, 1942, Australian and US troops fighting Japanese invaders in the New Guinea jungle during World War II read the first issue of "Guinea Gold", a unique four-page Australian army newspaper which day after day thereafter published a record number of world scoops. It was able to do so because US General Douglas MacArthur, Supreme Commander of Allied Forces in the South-West Pacific, gave it permission to publish his communiqués 20 hours before the release time for the rest of the world's media.
The front page headline reads: "ITALY BERLIN YIELD" with subheads including: "Million Men Down Army" and "Berlin Now Wasteland". Also on the ftpg. are smaller heads: "Hitler and Goebbels Suicided Says Official" "Allied Leaders Admit Hitler Dead" with much more on the inside pages as well.
New Guinea was the only war zone where the United States armed forces did not produce their own newspaper, Stars and Stripes. With separate American and Australian editions, Guinea Gold fully met their needs. From that first edition in 1942 until the presses rolled to a stop on June 30, 1946, with the enviable record of 1,320 days of continuous publication, "Guinea Gold" daily brought to the news-hungry men of the Australian and American forces serving in the steaming jungle, topics of interest to allay their boredom and boost their morale.
An uncommon title, never bound nor trimmed, measures 10 by 11 1/2 inches, very nice condition. 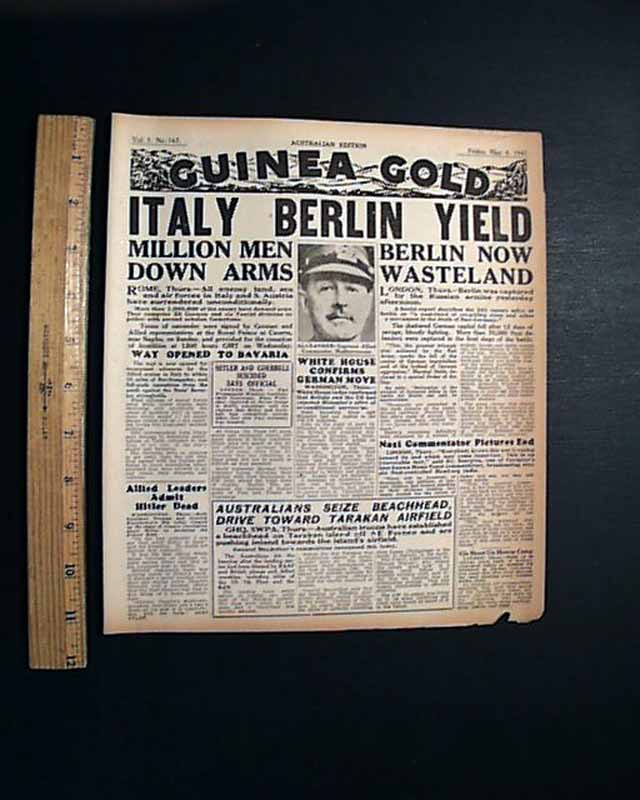 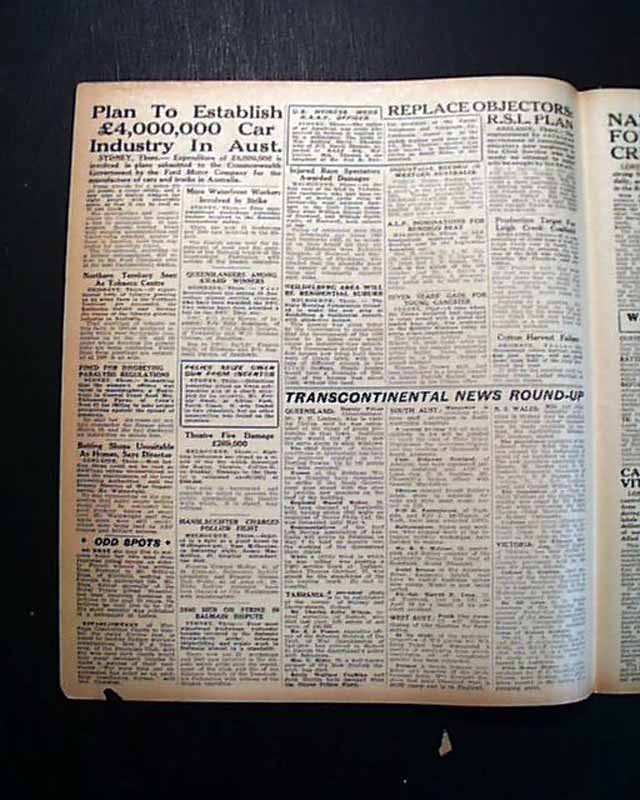 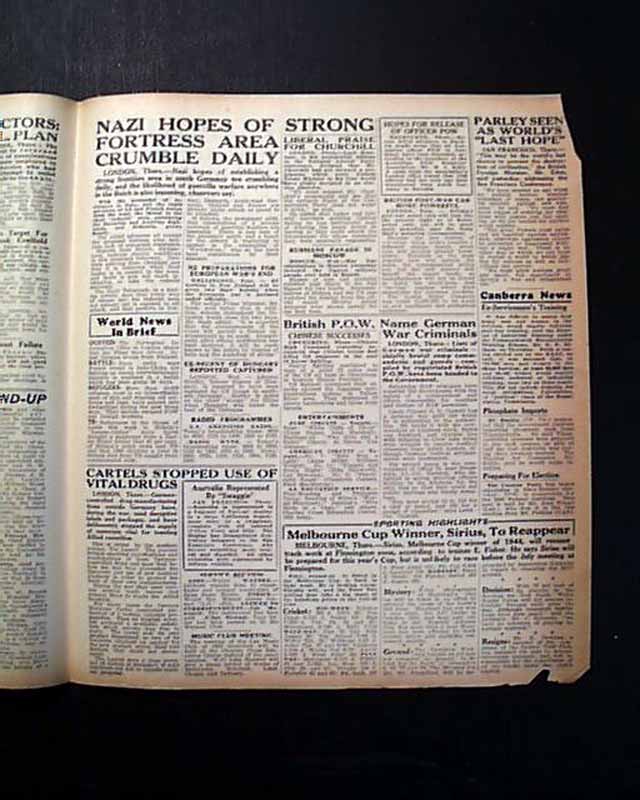 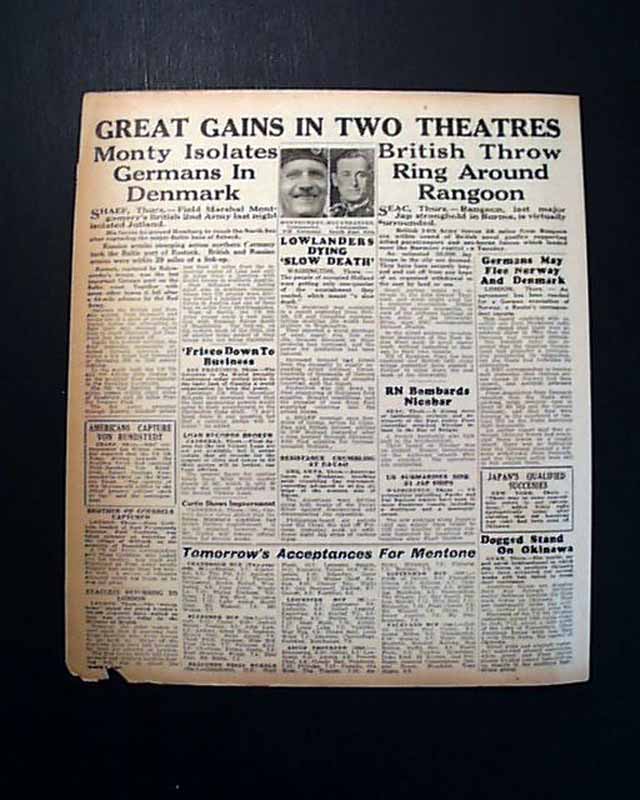