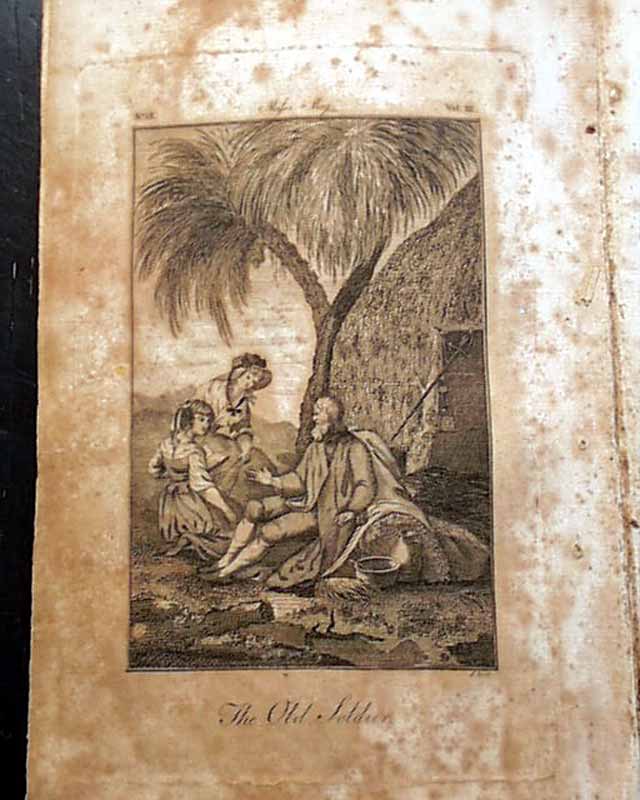 Among the articles are: "Some Account of the Inhabitants of the Sandwich Islands" which is Hawaii; "Animated Portrait of African Servitude" "On the Power of Money" & much more.
Of note is a poem titled: "Monimba: A True Story",  an anti-slavery poem which depicts a fictional, pregnant Igbo slave who committed suicide on a slave ship destined for Jamaica. The poem is an example of the stereotype of Igbo slaves in the Americas.
The plate called for is present, titled: "The Old Soldier" (heavily foxed as usual) with an accompanying article.
Near the back is: "Domestick Chronicle" which has the latest news items from Georgia, N. Carolina, Virginia, "Kentucke & Western Territory", Maryland, Penna., Rhode Is., and more.
Complete in pages, with pages, 5 1/2 by 8 1/2 inches, full title/contents page, various foxing, generally good condition.