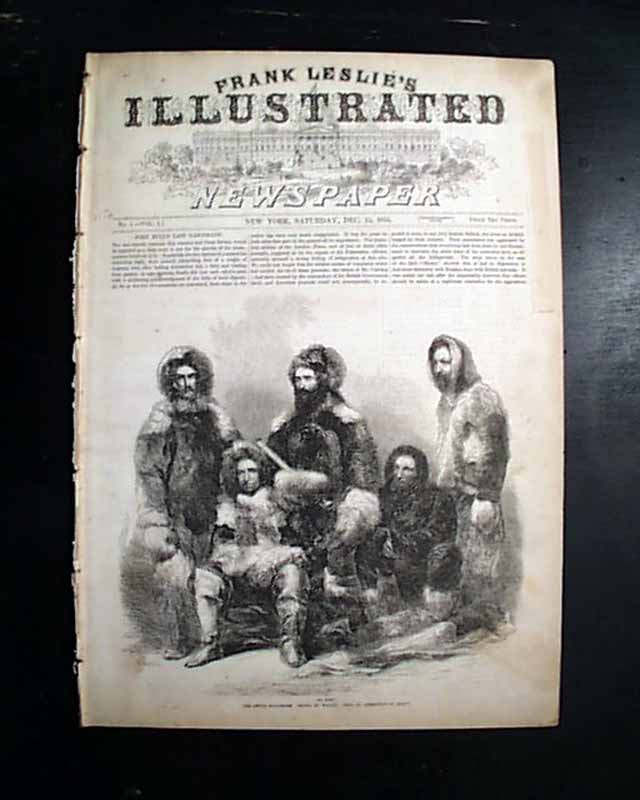 This is the very first issue, volume one, number one, of what would become the first truly successful illustrated newspaper in America, predating even the famous Harper's Weekly by more than a year. Following on the heels of the Gleason's/Ballou's publication which lasted about 10 years, Leslie's would last for 65 years.
The ftpg. features illustrations of: "The Arctic Explorers". Other prints within include: "Map of the Three Proposed Pacific Railway Routes" & a nice fullpg: "Panorama of the Great Southern Pacific Railway" which features many iconic images of the West. Plus the bkpg. includes a life-size print of "The Monster Mormon Grasshopper" with text as well (nearly 6 inches long!).
Also included--and very rarely found--is the four page "Supplement" with all of pages 2 & 3 taken up with: "A Bird's-Eye View of the Seat Of War" in Eastern Europe (see).
Sixteen pages plus the four page "Supplement" and in uncommonly nice condition.