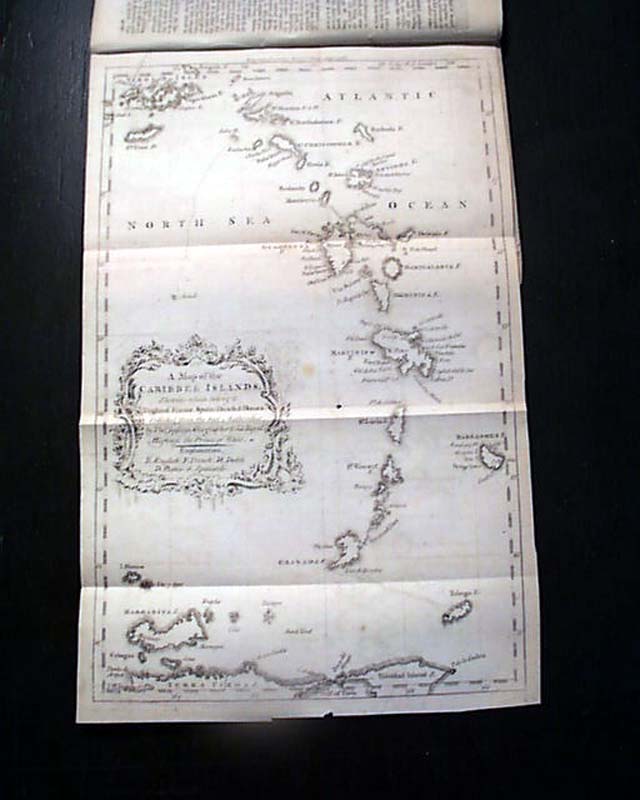 Item # 642767 GENTLEMAN'S MAGAZINE, London, August, 1756  The first two pages are devoted to the "Caribee Islands" [Caribbean] primarily limited to text on Barbadoes (see photos for portions). But of greater significance is the great and desirable foldout map labeled: "A Map of the CARIBBEE ISLANDS Shewing which belong to England, France, Spain, Dutch, & Danes...". This map folds out to 8 1/2 by 13 1/2 inches and is in very nice, clean condition. This map is rarely found within the issue as most were removed years ago.
Further inside the issue is a very detailed 2 1/2 pg. article on: "A Paper Kite Electrified by a Storm" by M. de Romas, being an experiment very much like Ben Franklin's a bit earlier. Indeed, a footnote includes: "M. de Romas has been satisfied...that Mr. Franklin had made trial of a kite some time before in Pennsylvania, the result where is therein described, see vol. xxii, pg. 560, which indeed was far less extraordinary than that at Nerac..." with more about the difference between this experiment and Franklin's.
Another full pg. is taken up with: "...the following table of names of numbers of several Indian nations...". Near the back are a few items concerning the French & Indian War.
Complete in 48 pages, full title/index page, 5 3/4 by 8 3/4 inches with wide, untrimmed margins. 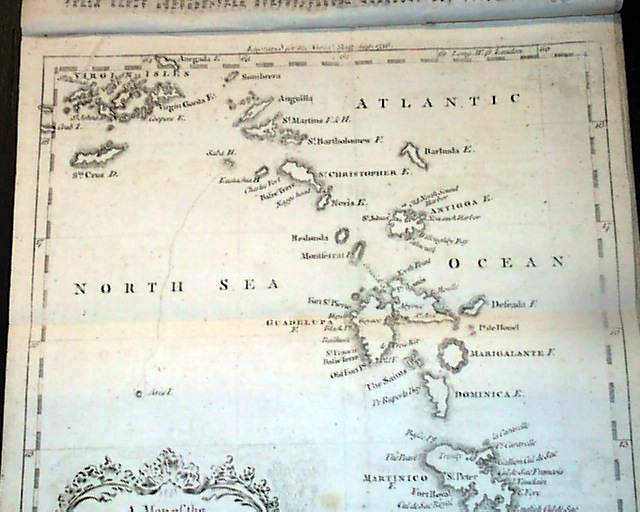 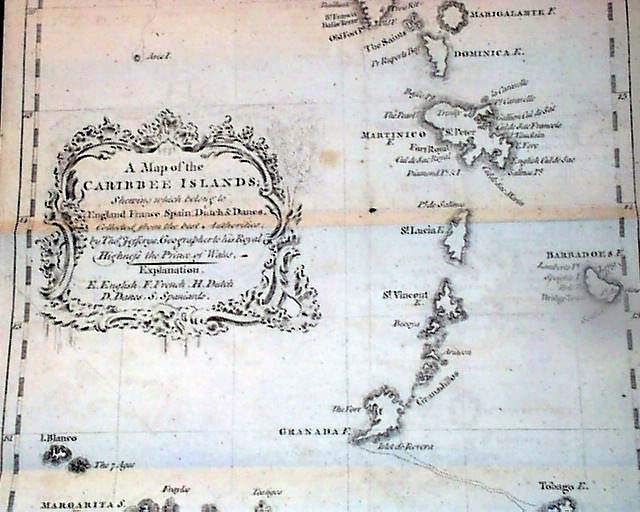 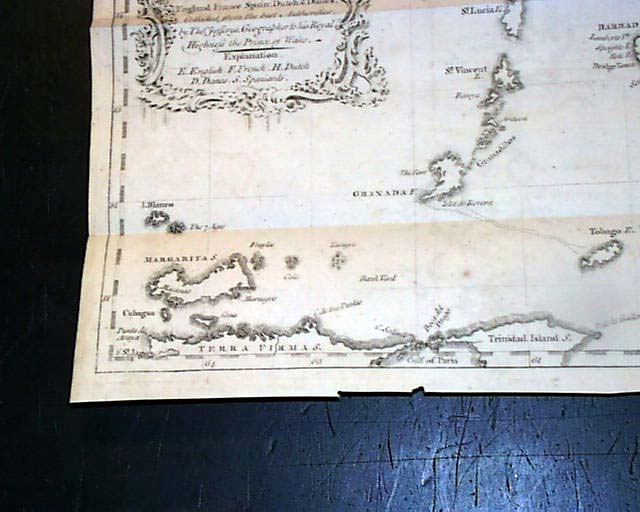 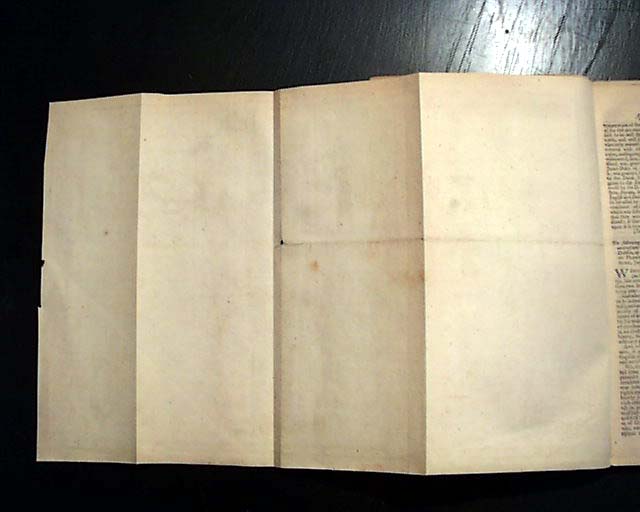 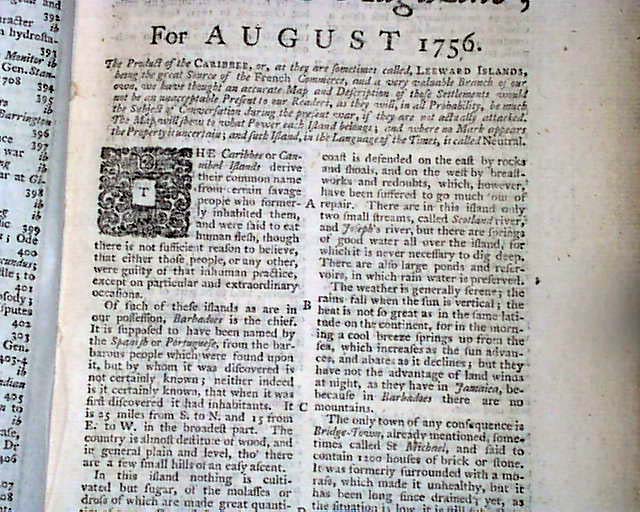 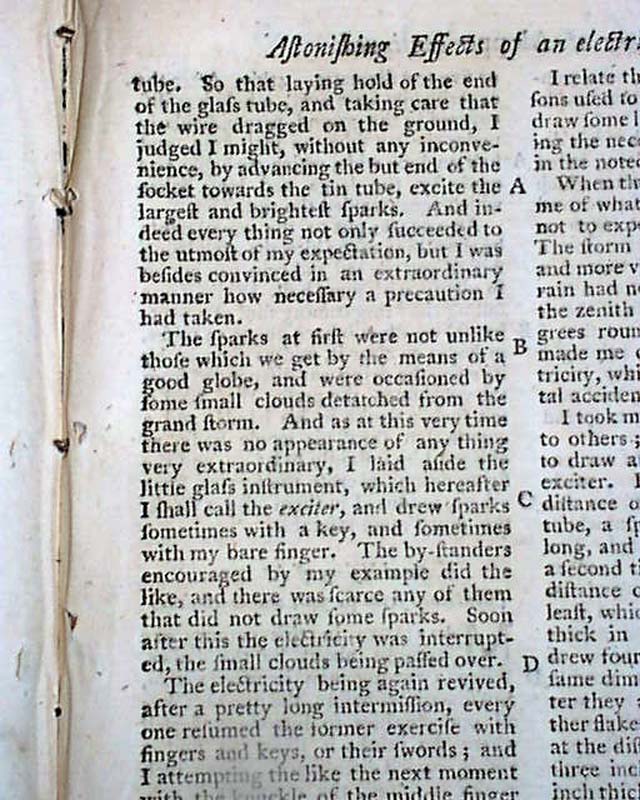 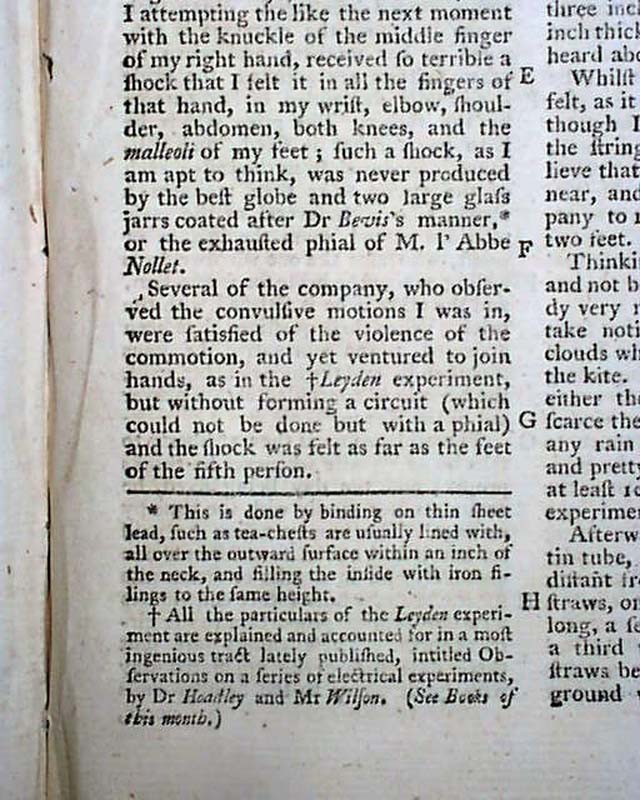 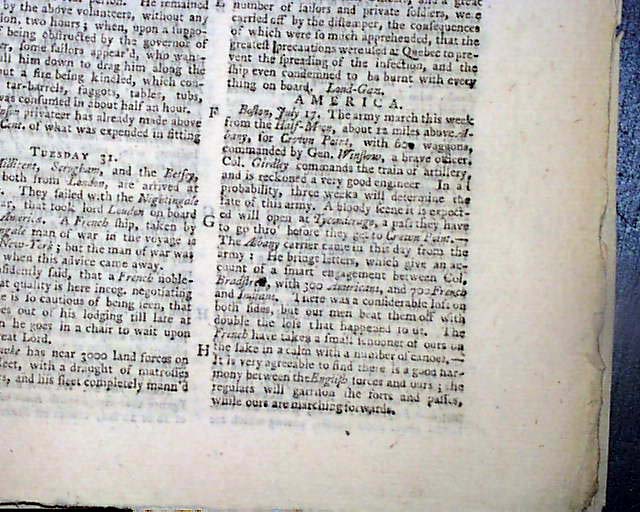 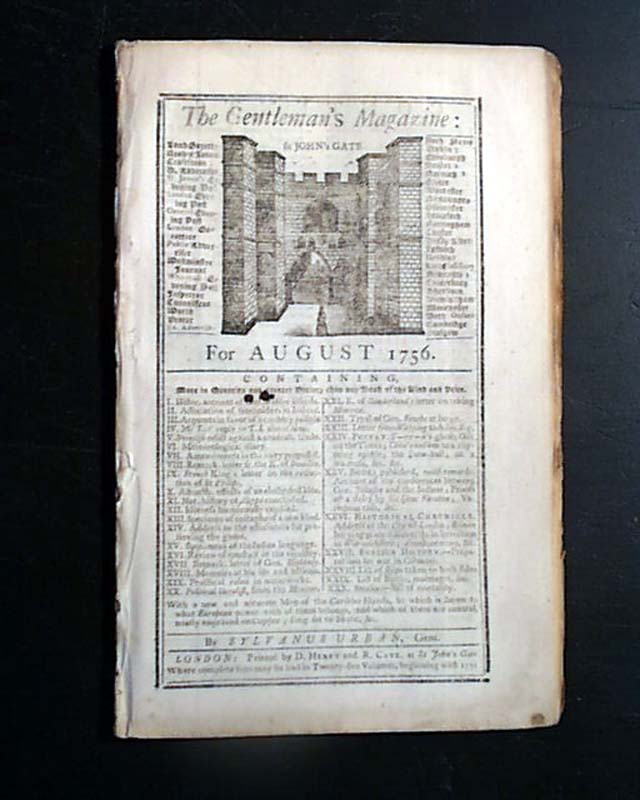