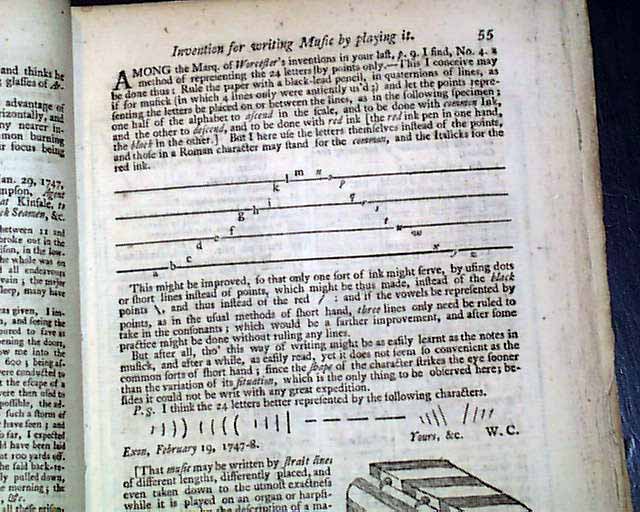 Item # 640478 THE GENTLEMAN'S MAGAZINE, London, February, 1748  Certainly the prime content in this issue is the very nice foldout map of "AFRICA", which shows considerable detail of the entire continent, at least as much as was known over 250 years ago. Included also is the Saudi Arabia peninsula, portions of present-day Iraq and Iran, as well as the very southern tips of Italy (including Sicily), Greece, and Spain. Madagascar & other islands in the area are shown as well. This map folds out to measure 11 by 10 inches & is in good condition.
Interesting articles in this issue include: "Invention of Writing Music by Playing It" with two small illustrations; "Articles For a General Peace"  "Introduction to Heraldry" with  related plate; "A Religious Tax Proposed" "Proclamation Against Commerce with France".
There is also content regarding the war in America & portions of Canada, including a sermon in response to a day of thanksgiving: "A Thanksgiving Sermon at the South Church in Boston, New England, Occasioned by the Taking of the City of Louisbourg on the Island of Cape Breton by New England Soldiers".
There is a full page print of: "Swan Pan, or Chinese Accompt Table" which looks like an abacus.
Near the back is the "Historical Chronicle" containing reports of the latest news events of the day. Included are reports: "From the Pennsylvania Gazette" which tells of concerns with Indians.
Complete in 48 pages, 5 1/2 by 8 3/4 inches with wide untrimmed margins, full title/contents page featuring an engraving of St. John's Gate, very nice condition. 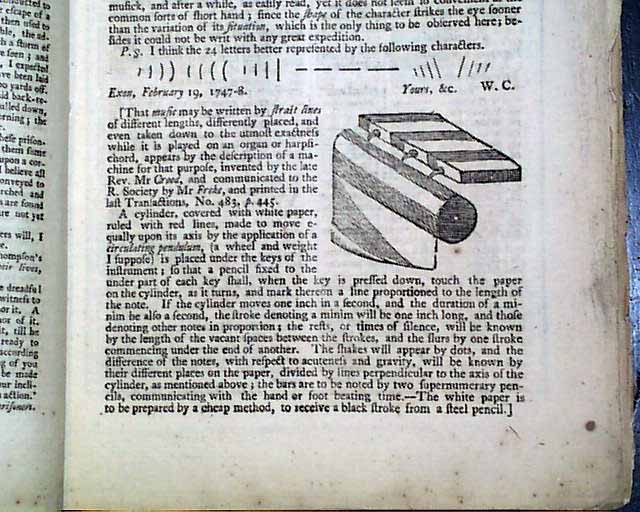 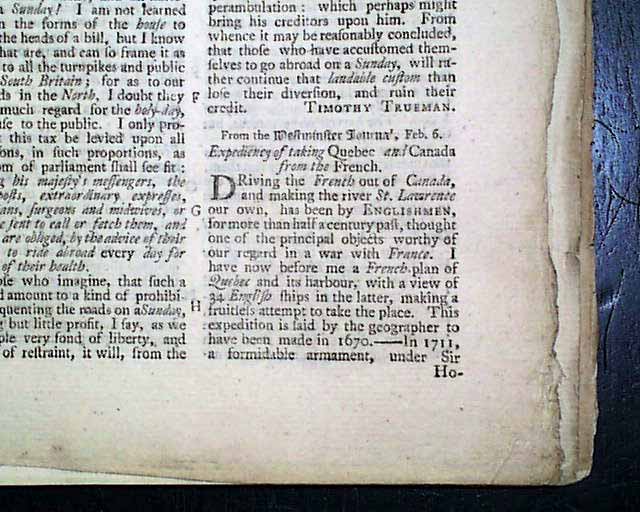 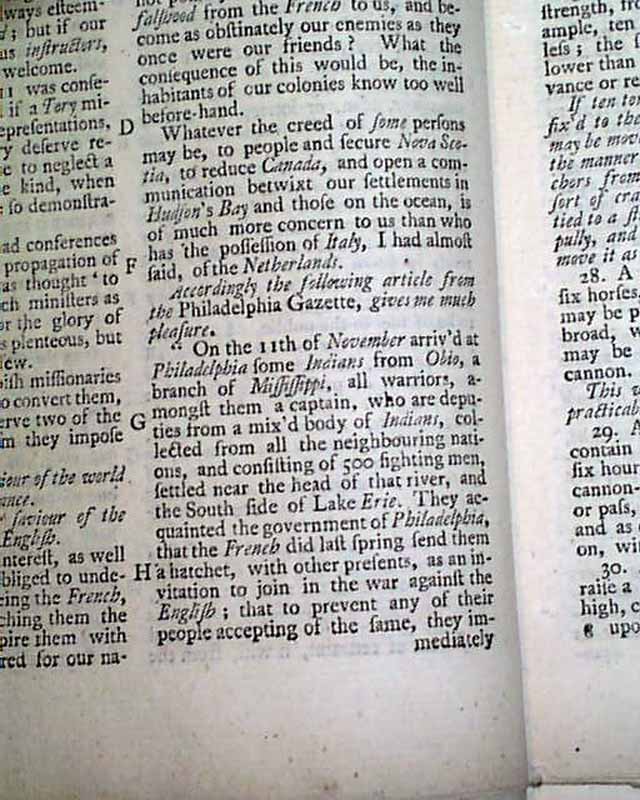 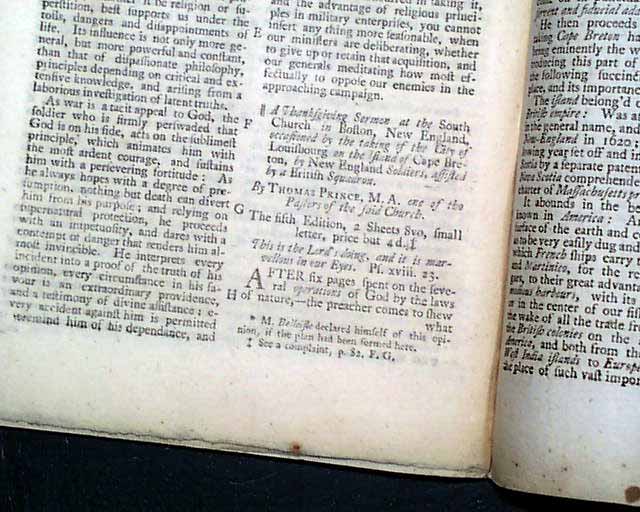 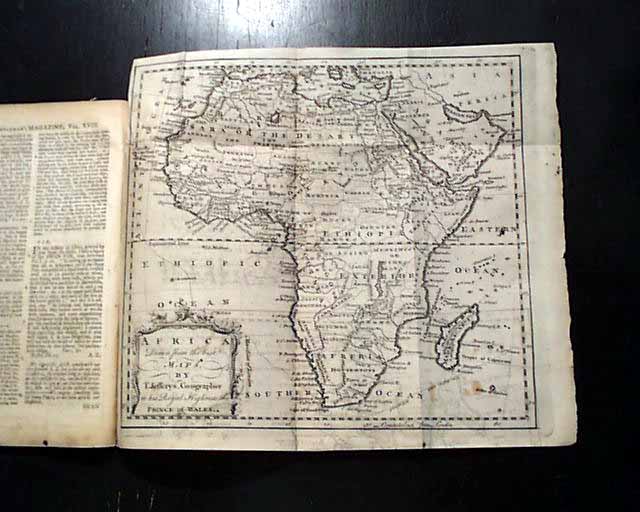 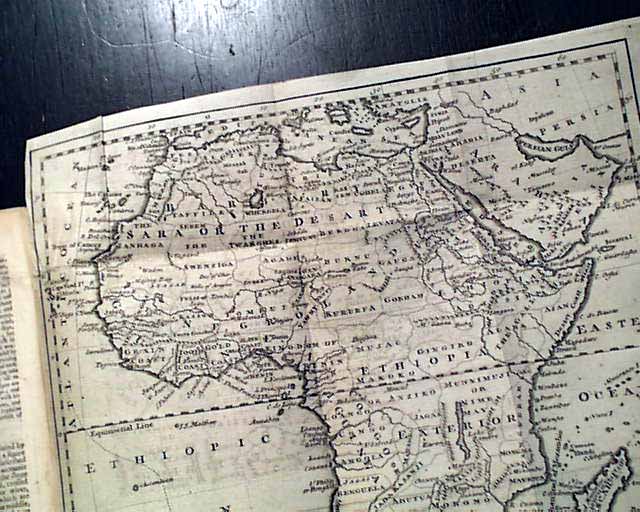 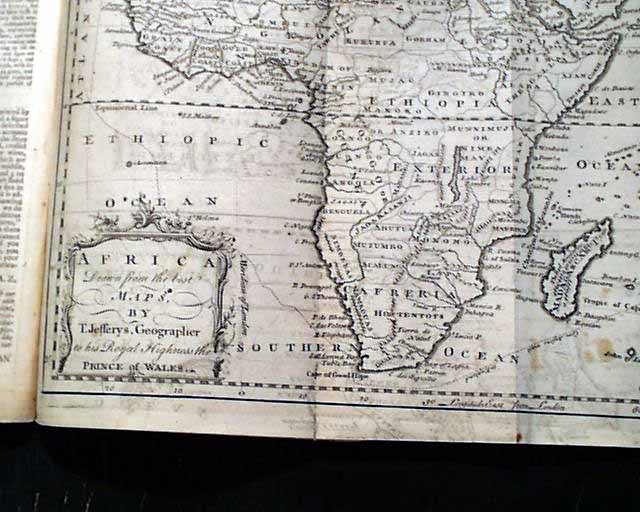 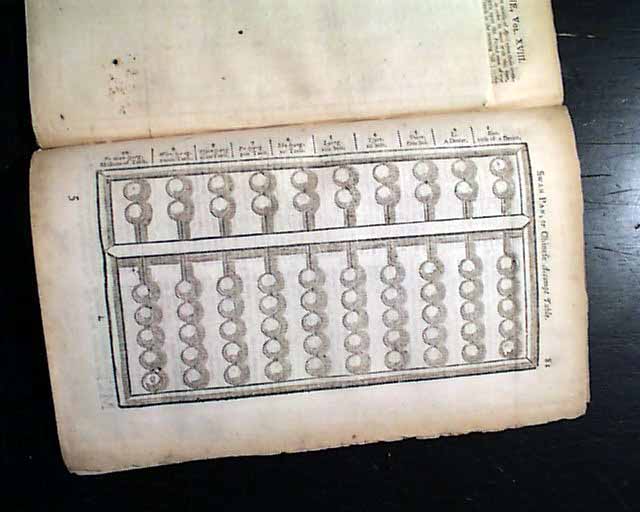 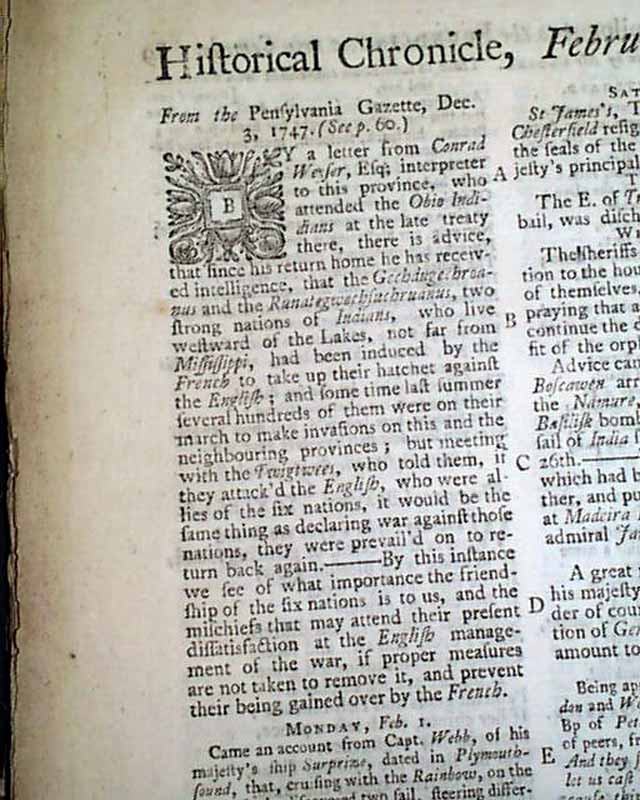 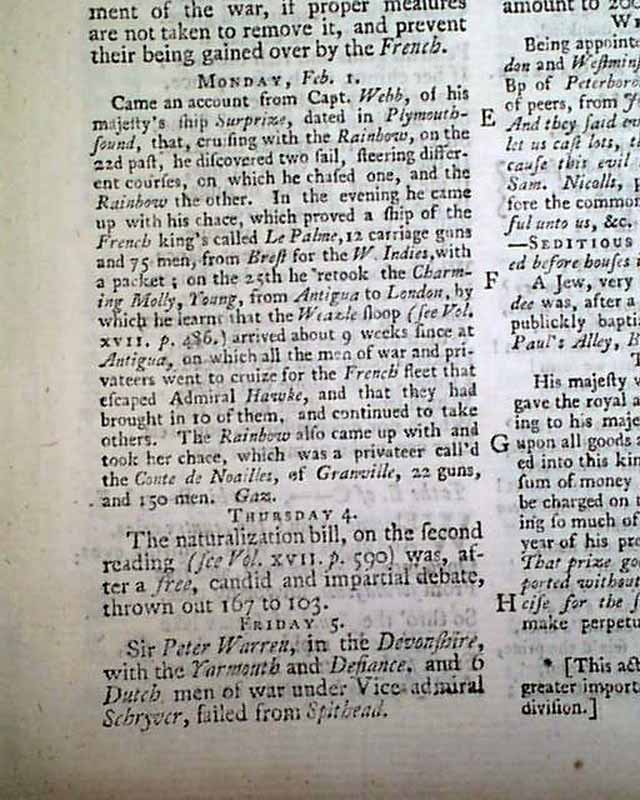 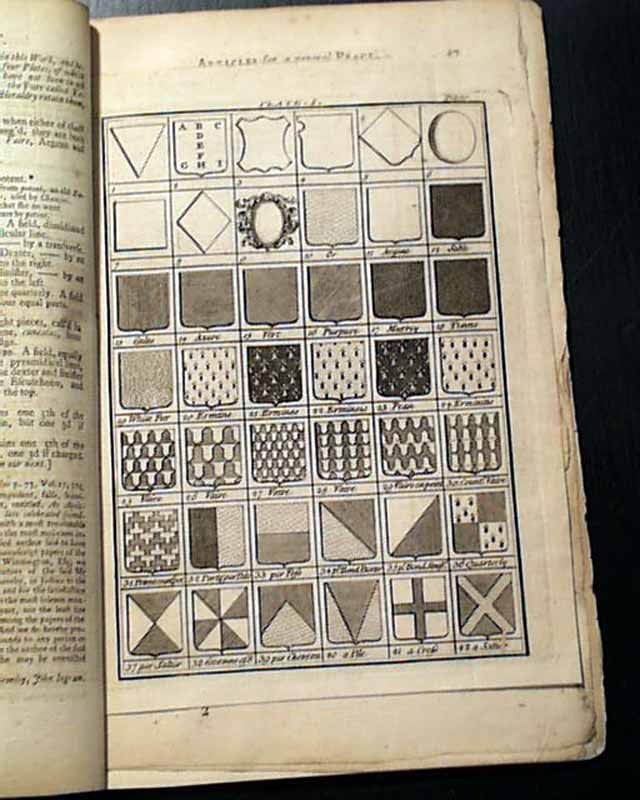 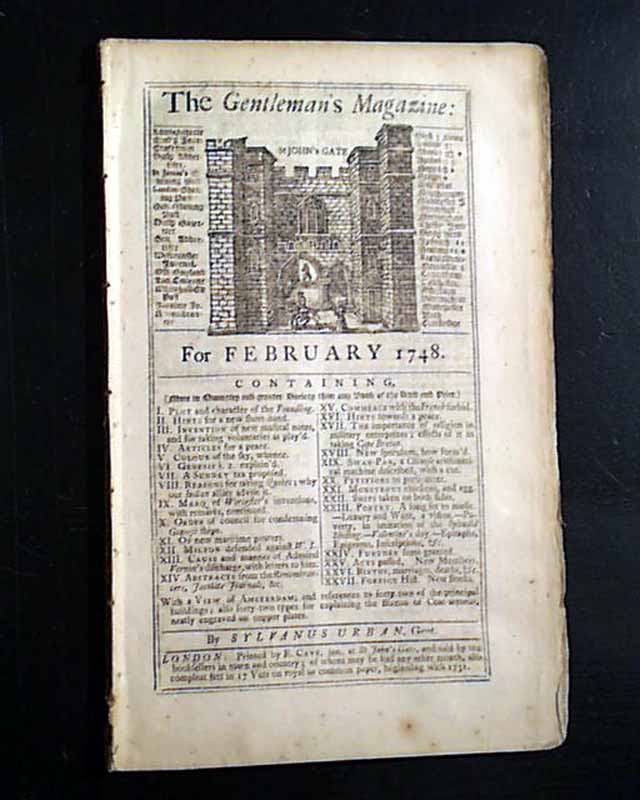 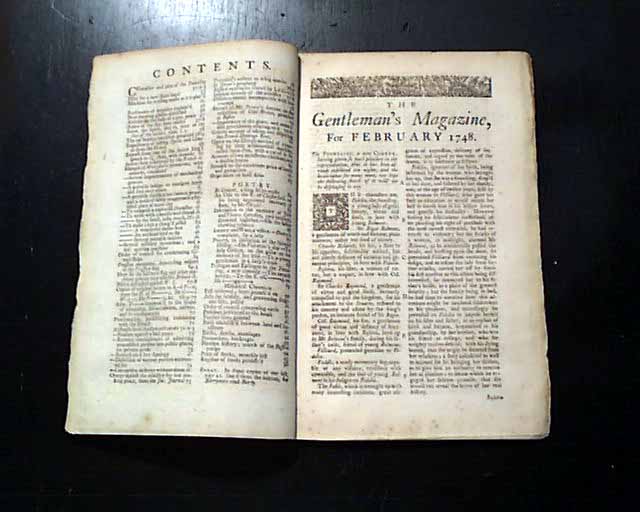