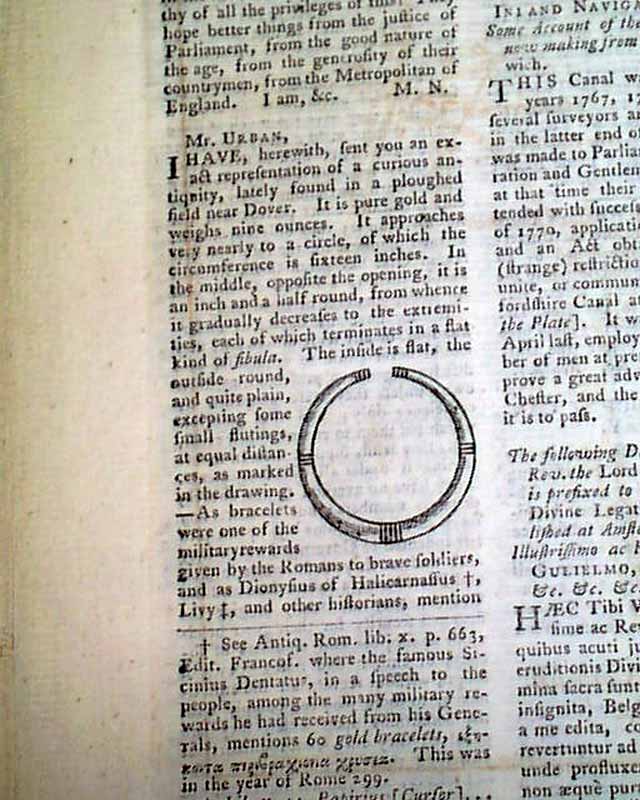 Certainly the most significant report in this issue is the court decision in the James Somersett court case, the slave purchased in Virginia then taken to England, escaped & eventually recaptured. This case ultimately determined that slavery was unsupported in England. This was a landmark slavery case which received wide attention (see the Wikipedia for much more on Somersett & his legal case).
The report reads in part: "The Court of King's Bench gave judgment in the case of Somerset the slave, viz. that Mr. Stuart his master had no power to compel him on board a ship or to send him back to the plantations...The cause returned is, the slave absented himself & departed from his master's service & refused to return & serve him during his stay in England where upon by his master's orders, he was put on board the ship by force...to be carried out of the kingdom & sold...We cannot say the cause set forth by this return is allowed or approved of by the laws of this kingdom, therefore, the man must be discharged." (see).
Near the back is the "Historical Chronicle" which has the latest news reports of the day from Europe, but it also contains half a column of: "American News" which includes reports from Charleston and Boston, the latter having comments concerning grievances of the colonists (see).
Both plates called for are present, one a full page of a  "zoophite" and the other a 12 inch foldout map of: "A Plan of the Navigable Canal now Making from the City of Chester to Middlewich" (see).
Complete in 48 pages, full title/contents page with an engraving of St. John's Gate, 5 1/2 by 8 3/4 inches with wide untrimmed margins, great condition.