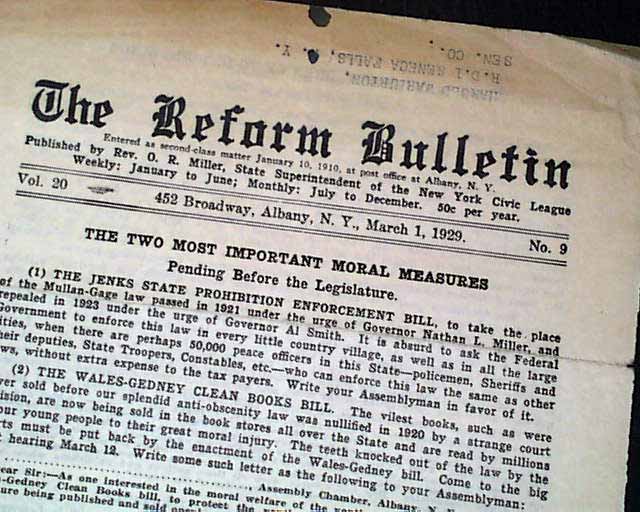 
THE REFORM BULLETIN, Albany, New York, March 1, 1929  This small bulletin was published by Rev. O.R. Miller, State Superintendent of the New York Civic League, and contains much regarding the pursuit and preservation of civic morality. The front page includes details regarding "The Wales-Gedney Clean Book Bill", which sought to reverse the dissolution of the anti-obscenity law in 1920. The article includes in part: "As one interested in the moral welfare of the youth I urge that you support the Wales-Gedney Clean Books Bill, to protect the youth of our State against the flood of vile literature being published and sold openly everywhere in the State," followed by the text of the bill in its entirety.
Complete in four pages and in overall good condition (see images for details).

The Battle of Britain...